Posted in Latest news from ABC Friends on 30 September 2021

Posted in Latest news from ABC Friends on 30 September 2021 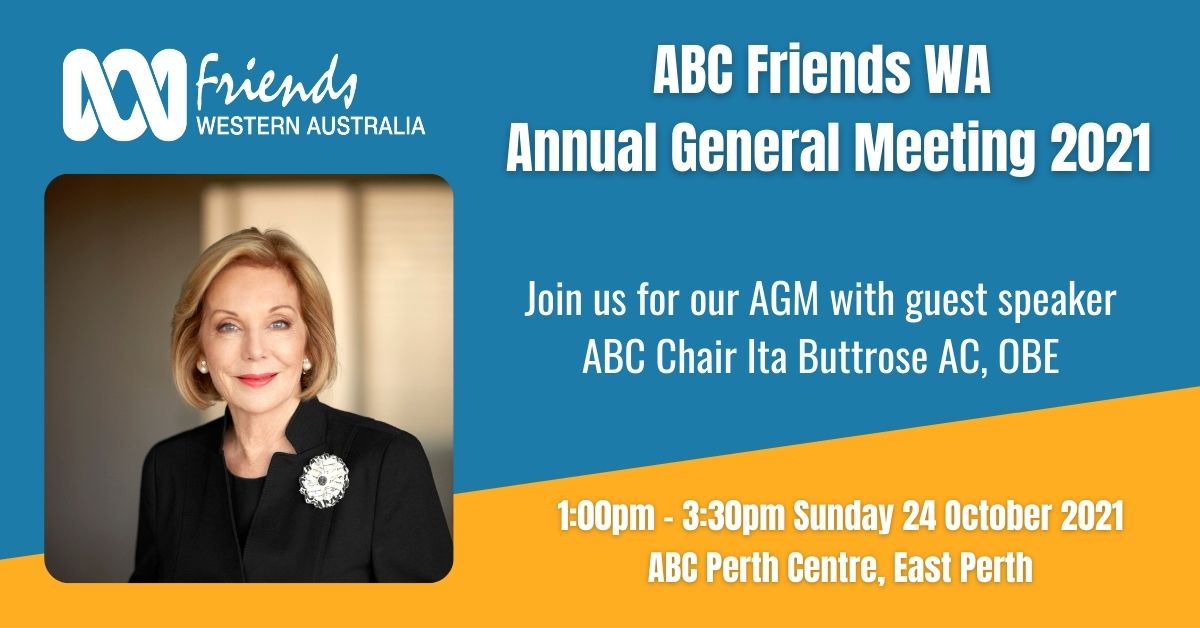 The Annual General Meeting will be held both in person at the venue and by Zoom. Numbers attending in person will not be limited by Covid restrictions, but we ask that you include a phone number when booking.

We are very lucky to have as our guest speaker, online from Sydney, ABC Chair Ita Buttrose AC, OBE.

Ita Buttrose has held executive and editing roles for major Australian media companies including Australian Consolidated Press, News Ltd and Fairfax, and has run her own media company, Capricorn Publishing. She has served on the boards of Australian Consolidated Press, News Corp Australia, and Television & Telecasters Pty Ltd. (Network TEN). She has worked in print, radio and television and has written 11 books. She was inducted into the Australian Media Hall of Fame in 2017.

A founding member and former president of Chief Executive Women, Ita is a committed community and welfare contributor. She chaired Arthritis Australia from 2003 to 2006 and later Alzheimer’s (now Dementia) Australia from 2011 to 2014 and is now National Ambassador for Dementia Australia. She is patron of Macular Disease Foundation Australia.

Refreshments will be served following the meeting.

The ABC Chair has agreed to take questions after her speech. If you have a question for Ita, please send it by email to: [email protected]