Come along to the ABC Friends WA Annual Dinner 2022

Posted in Latest news from ABC Friends on 07 November 2022

Come along to the ABC Friends WA Annual Dinner 2022

Posted in Latest news from ABC Friends on 07 November 2022

ABC Friends WA will be holding a dinner on 28 November with special guests Christine Layton and her husband and daughter. 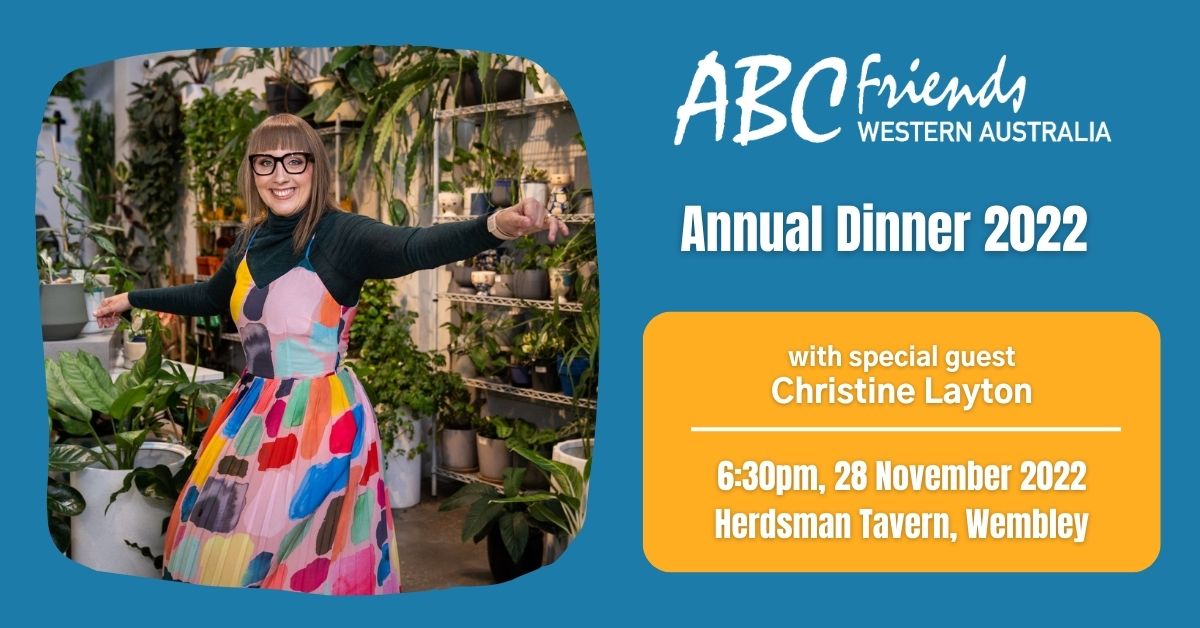 Christine speaks to a state-wide audience on Afternoons at ABC Radio Perth. Formerly a teacher, she began in radio providing traffic reports to the late Russell Woolf for Main Roads. Upon starting her degree in journalism, she was offered a full-time role at community station 98five co-hosting Breakfast, after which she became solo presenter on Drive. She spent three years as Mornings presenter at ABC Great Southern in Albany, where she had the opportunity to present and produce state-wide and national programs. On returning to Perth, Christine presented Saturday Breakfast before moving to her current role.

We’re sure that Christine’s talk will be entertaining and of interest to all who follow the ABC.

We are offering a three-course menu with a choice of three options. See here.

We ask that when you book you indicate your choice of main, for the kitchen’s benefit, and if you require your meal to be gluten-free or dairy free.

Drinks will be available for purchase from the bar.