Posted in Latest news from ABC Friends on 04 November 2020

Posted in Latest news from ABC Friends on 04 November 2020

Some 60 Friends and supporters gathered in Launceston on Sunday 18 October for a socially-distanced AGM, lunch and an inspiring address by our guest speaker, Greg Barns.

You can read the Annual Report here.

There is one significant change in the make-up of the newly-elected Committee for the coming year. Margaret Reynolds has decided to stand down as President and the baton has been handed to Peter Tatham. Peter has been part of the Committee for the past five years and is a major contributor in developing its strategic approach to the challenges ahead. We have also found it hard to fill Anne O’Byrne’s shoes as the Northern Convenor and that position will remain vacant in the short term. 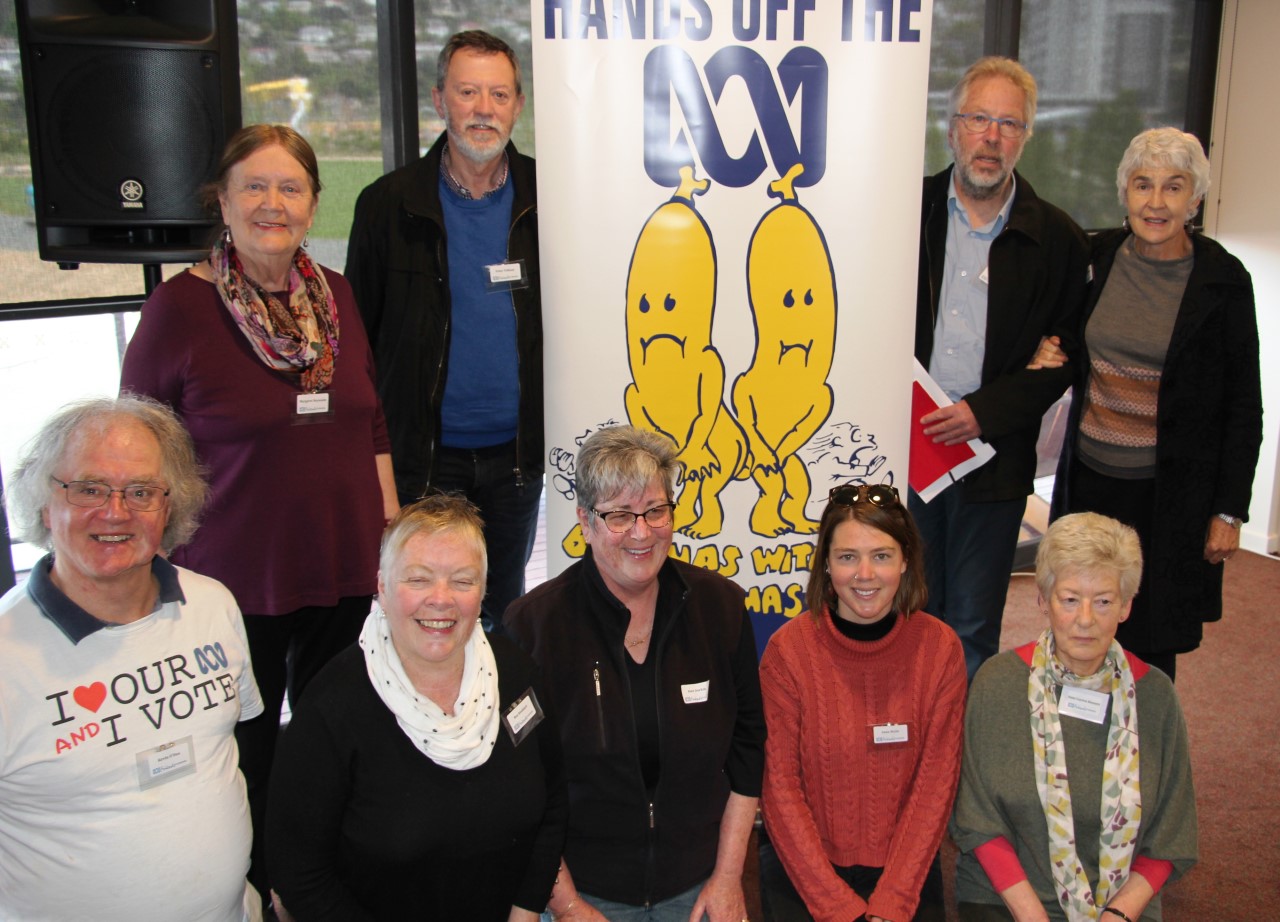 The final item for the meeting itself was the awarding of our very first life Membership to Anne O’Byrne. In presenting the award, outgoing President, Margaret Reynolds, spoke of Anne’s many years of service to establish a presence for Friends in Tasmania. In unanimously agreeing on the award, Committee members noted that Anne has been the life-blood of the Northern group since getting it off the ground and has been vital to the State body throughout.  In working with her over the years, all have found her endlessly supportive, a driving force, inspiring others with her enthusiasm - throughout, a solid rock of consistency in her passion for the ABC. 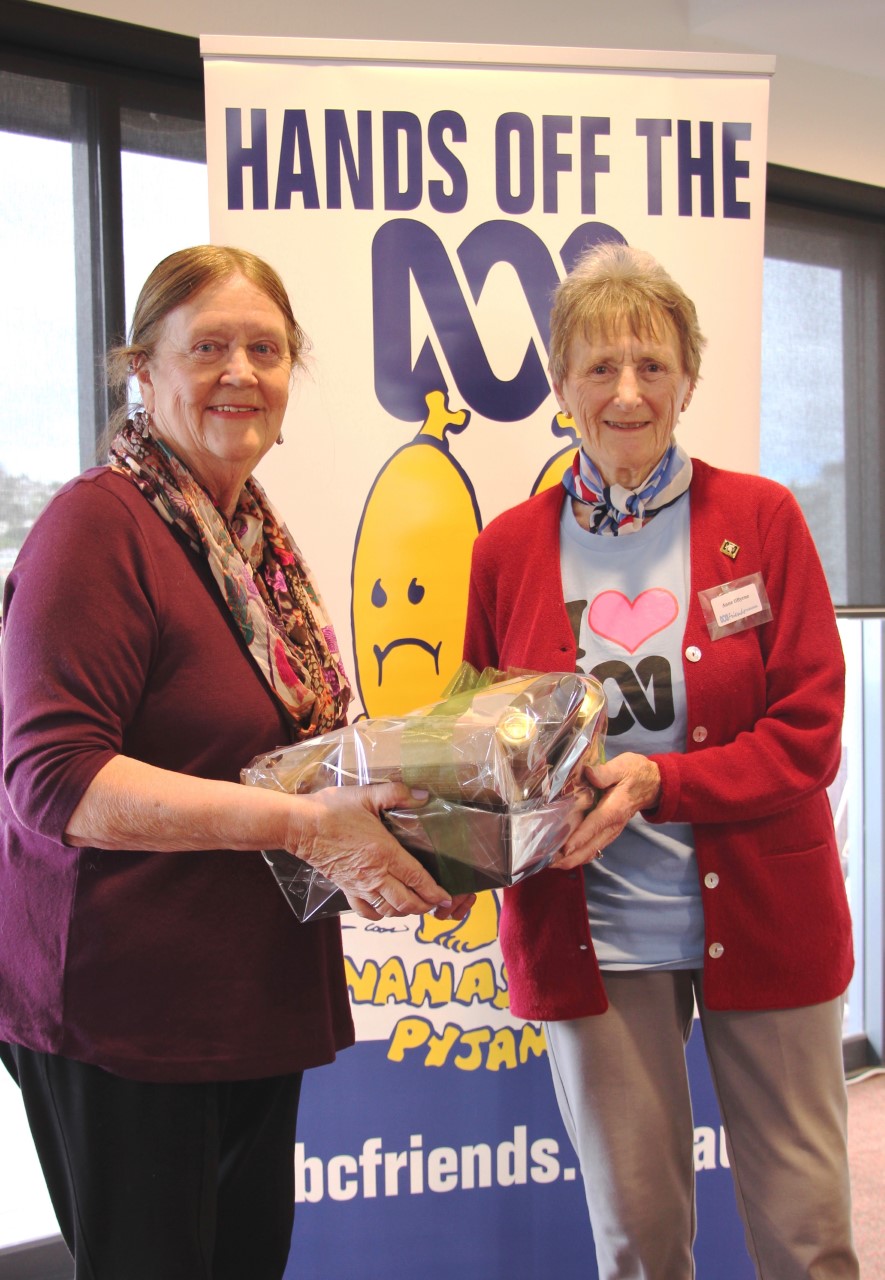 Margaret presents Anne with her gift 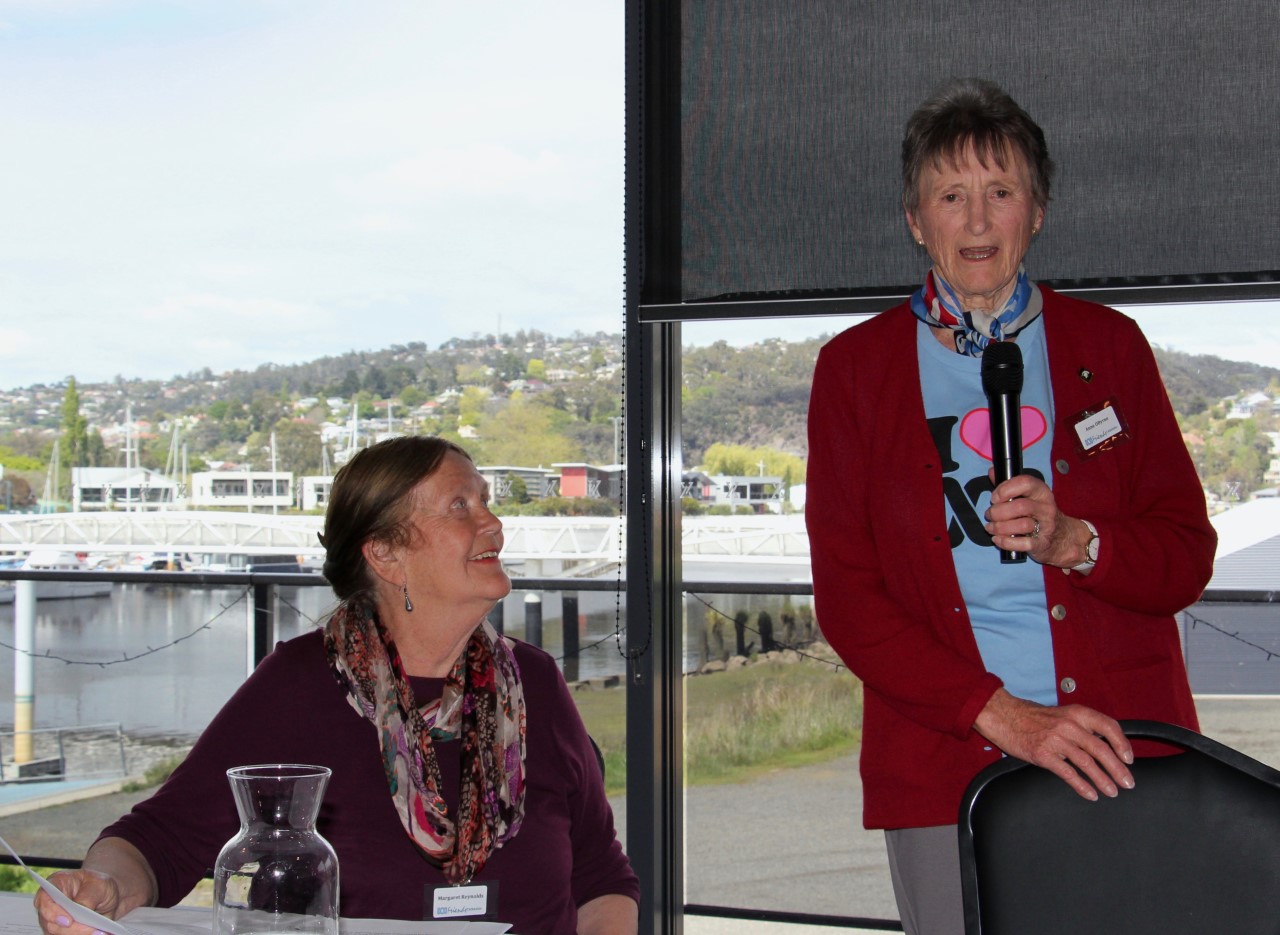 Anne accepts the award though still in shock

You can read the Minutes of the formal meeting here.

We then heard from our guest speaker. Greg Barns SC is a barrister, writer and academic.  He is based in Hobart and practises from Chambers there, and in Melbourne and Brisbane. He teaches within the JD program at RMIT University.  Greg is a weekly columnist with the Hobart Mercury, the author of 4 books on Australian politics, including The Rise of the Right: The War on Australia’s Liberal Values (Hardie Grant 2019) and is a national spokesman for the Australian Lawyers Alliance.  He is an adviser to the Assange campaign.  Greg was a political adviser to a number of federal and state leaders and ministers and ran the 1999 Republic Referendum Campaign.

Greg’s topic was Critical Thought In Australia – RIP. You can read the full transcript here. 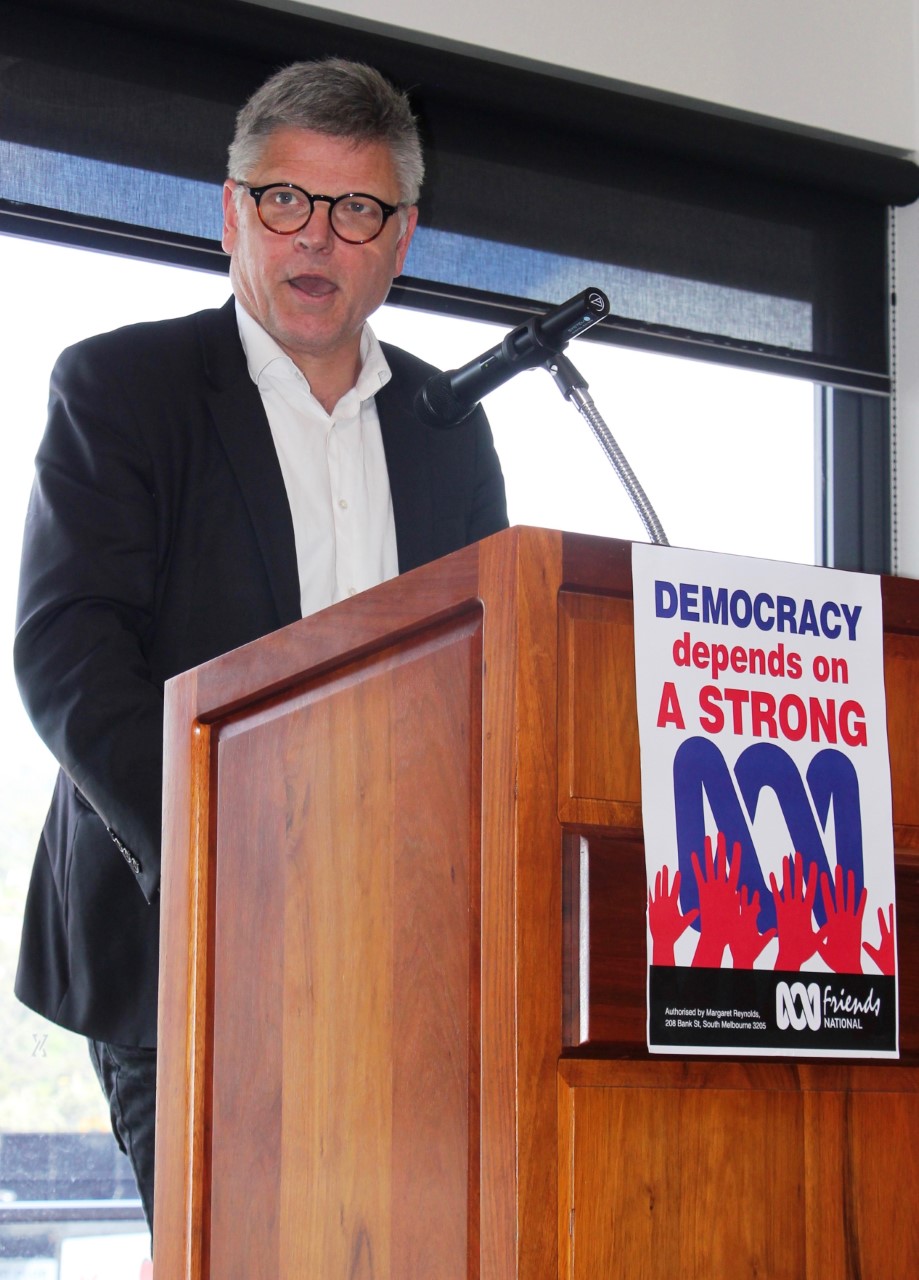 After his address, Greg fielded questions in a lively Q and A session. Wide-ranging topics included the role of the ABC Board, generational differences in how we view the ABC, the prevalence of propaganda and puerile debate around the role of the ABC, the importance of work in marginal seats and the need to get back to a true contest of ideas in public debate in Australia.

Friends and supporters then enjoyed continuing discussion together over a yummy lunch.