Posted in Latest news from ABC Friends on 24 November 2020

Posted in Latest news from ABC Friends on 24 November 2020

This year’s AGM was held, for the first time, as both an in-person event and a teleconference. The in-person event was well attended, despite a new venue (the ABC not being available due to tight COVID restrictions on entry to the building). Unfortunately, only a handful of people joined us online despite a much higher number of RSVPs. If you didn’t catch it, there’s a link to a recording below.

Thanks to everyone who helped make this AGM a success, and a special thank you to Phil O’Donoghue who provided the technical expertise without which we would have no doubt been in a tangle, and to John Smith for being our Returning Officer yet again. Thanks also to all committee members who helped with setting up beforehand and tidying up afterwards, meeting members and escorting them through and up the building, etc. Thanks also to Mignon Shardlow for her fantastic contribution to the conversation with Kerry O’Brien. 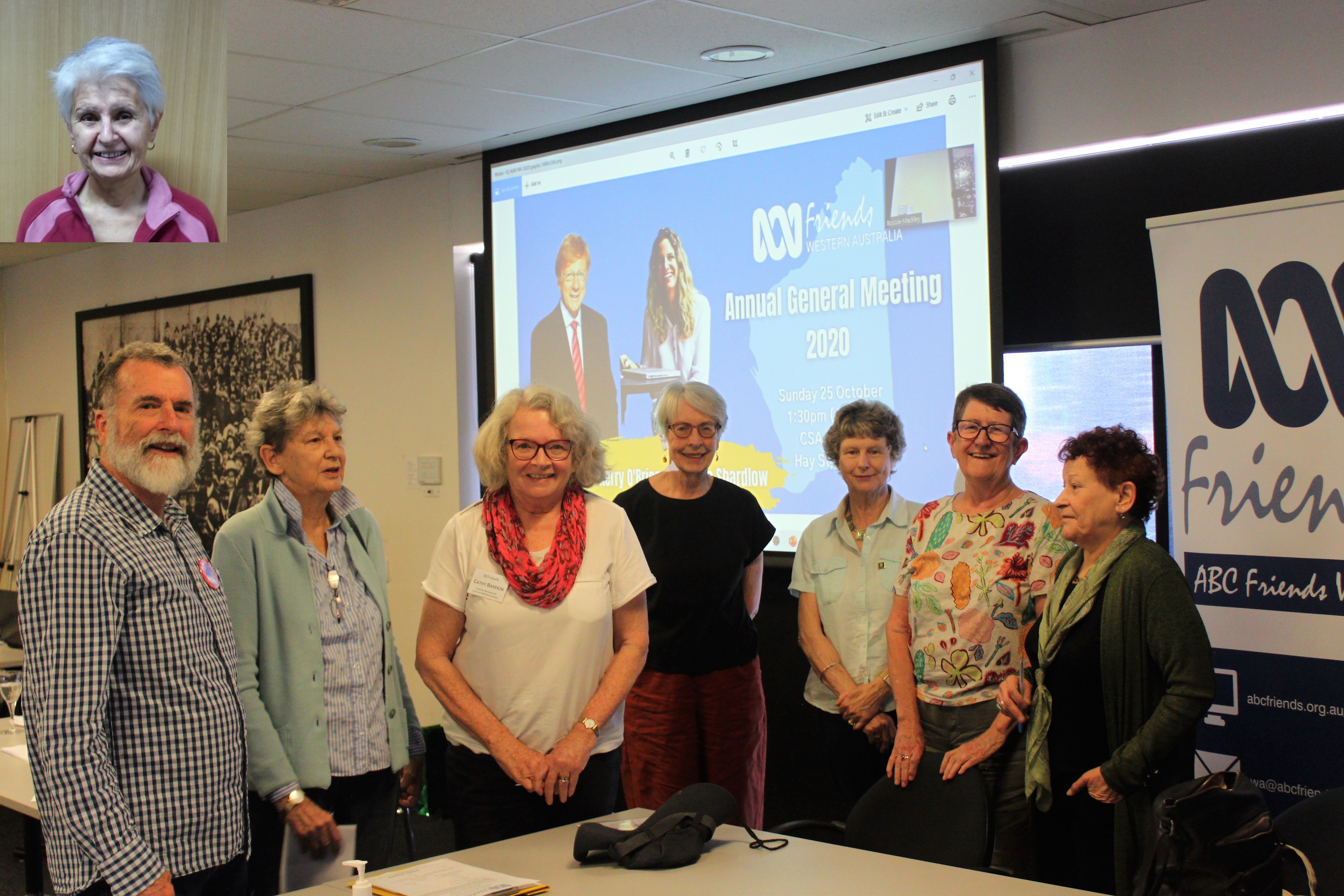 A committee for the 2020/21 term was elected, with two new members, Rosie and Margo:

FOLLOWING THE AGM
The conversation between Kerry O’Brien and Mignon Shardlow kept the audience rapt. Kerry was in his study and very relaxed, and it really did come across as a very personal and intimate conversation between him, Mignon and the audience – quite different to seeing Kerry, the ABC journalist and presenter of Current Affairs, on our screens. Mignon put questions to Kerry received from members of Friends. Questions asked included how we get the government to acknowledge and fund the ABC appropriately to perform its critical role in our community; has there been a decision to dumb down the 7pm TV News, and if so, has it resulted in better ratings or just annoyed regular viewers?; about the lack of resources devoted to climate change; Kerry’s vision for the ABC, and much more. You can access a recording of the conversation between Kerry and Mignon here. 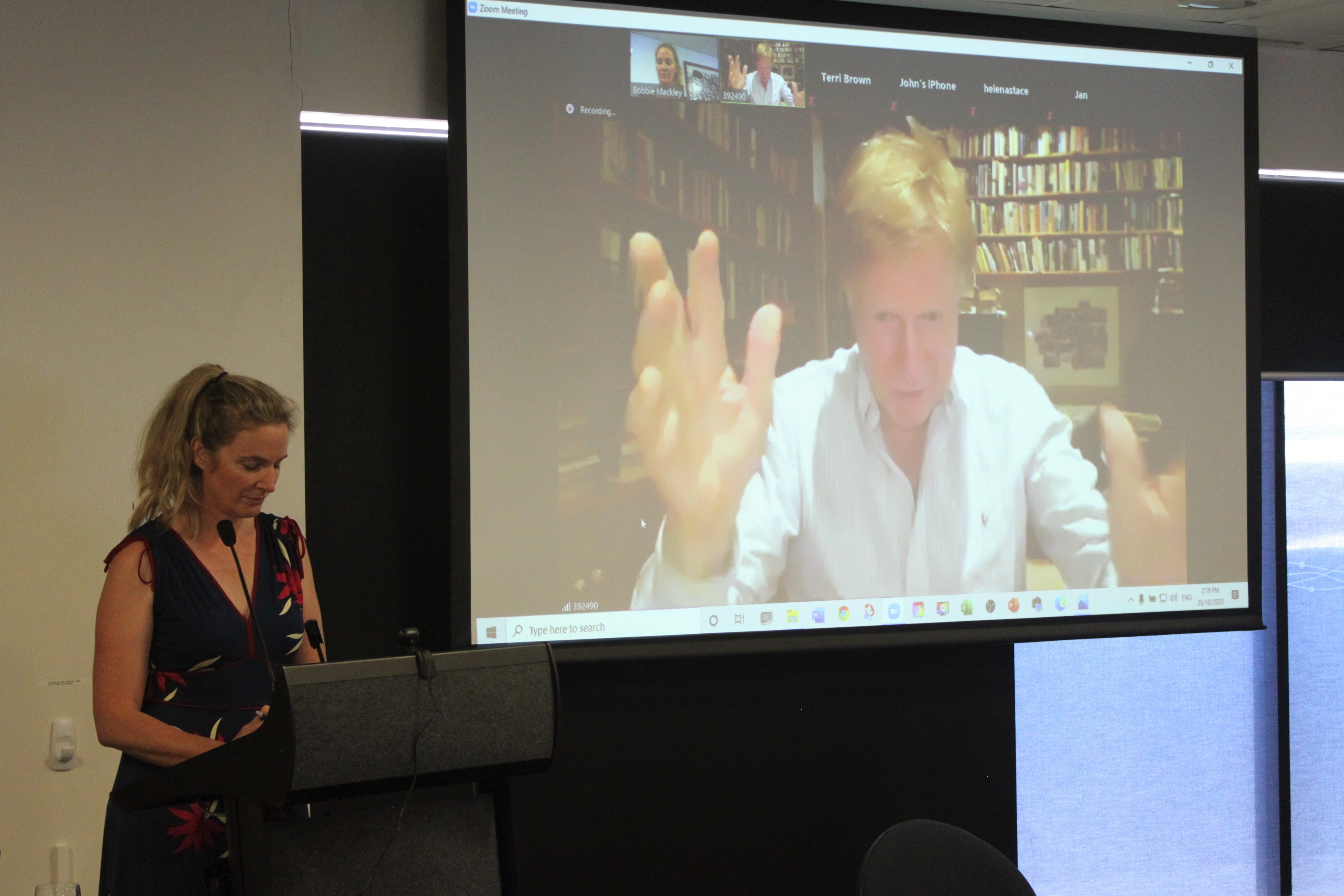 Kerry O’Brien and Mignon Shardlow presenting at the AGM

This year ABC Friends is offering a Christmas Card which can be purchased from The Friends Shop for $2 each. It's of special interest for WA members as the card shows the Perth hills at sunset and the vivid tree-like mistletoe, Nuytsia floribunda, aka the Western Australian Christmas Tree. ABC Friends WA has supplies of the card – watch out for us at markets and events. 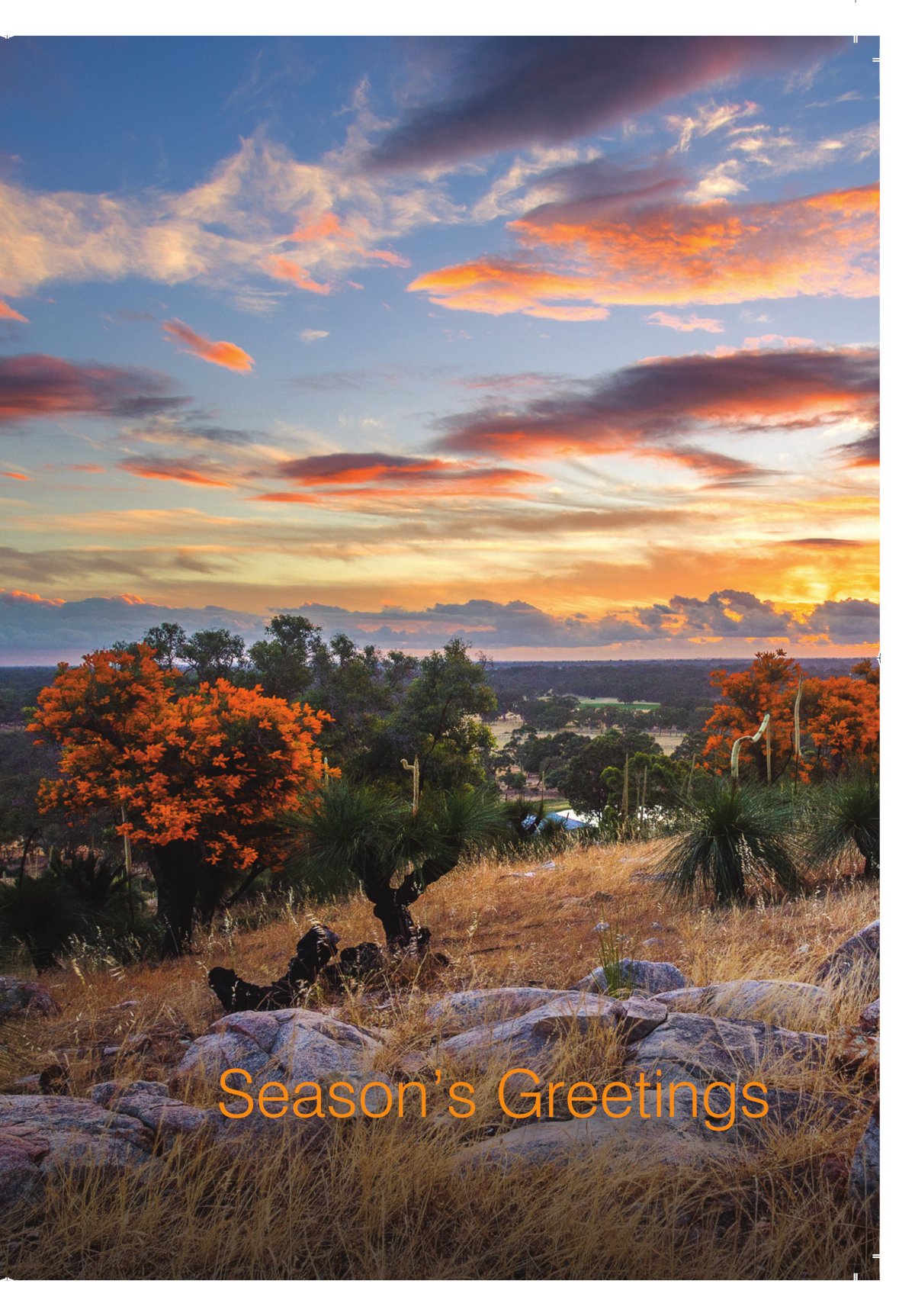 Thanks to you, the members, for your continuing support – now needed more than ever.