ABC Friends welcomes exchange of ideas with ABC Board

Posted in Latest news from ABC Friends on 01 March 2021

ABC Friends welcomes exchange of ideas with ABC Board

Posted in Latest news from ABC Friends on 01 March 2021 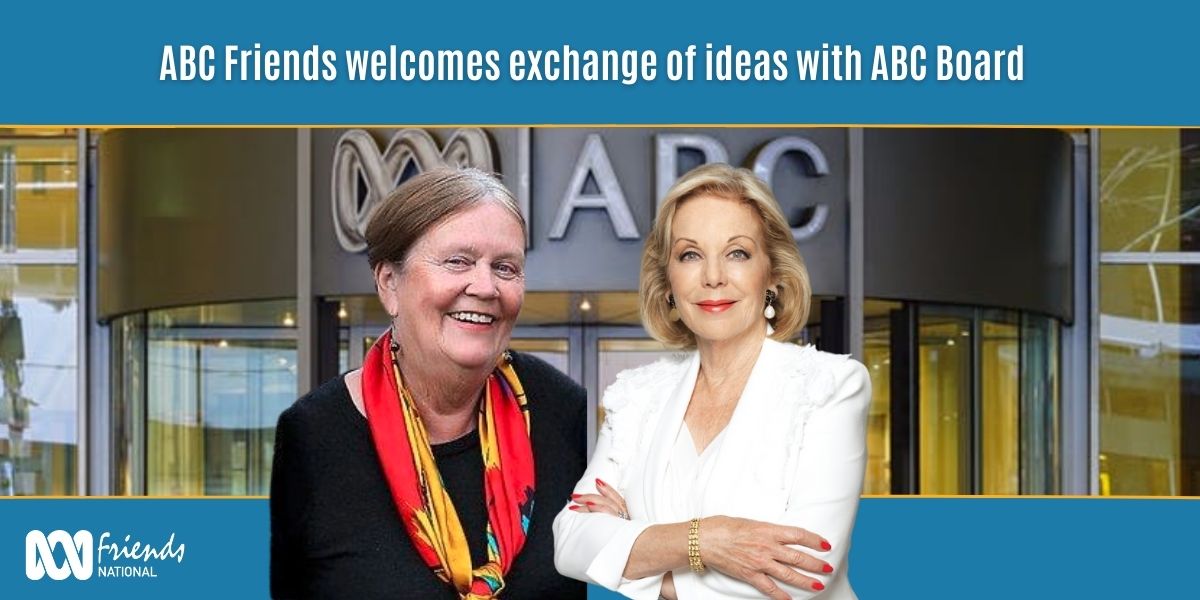 Chair of the Board Ita Buttrose expressed appreciation of the ongoing role of ABC Friends in supporting the national public broadcaster.

ABC Friends work at national, state and local branch levels to inform the community about the importance of the ABC as an essential service for all Australians.

In discussions the vital role of the ABC was recognised for its role in providing significant communications during the Bushfire Emergency and Covid.

The National President Margaret Reynolds also detailed priorities included in the ABC Friends Pre Budget Submission to Treasury which identifies public concern about the impact of funding cutbacks over the last six years.

The submission identifies key priorities to ensure the ABC is able to fully meet its charter obligations:

ABC Friends welcomed this initial opportunity to talk with Board Members and look forward to future dialogue about ways to strengthen the national broadcaster.