Posted in Latest news from ABC Friends on 09 October 2020

Posted in Latest news from ABC Friends on 09 October 2020

ABC Friends NSW & ACT Secretary Angela Williamson recently had her Letter to the Editor published in the Southern Highland News. We have reproduced her letter here. 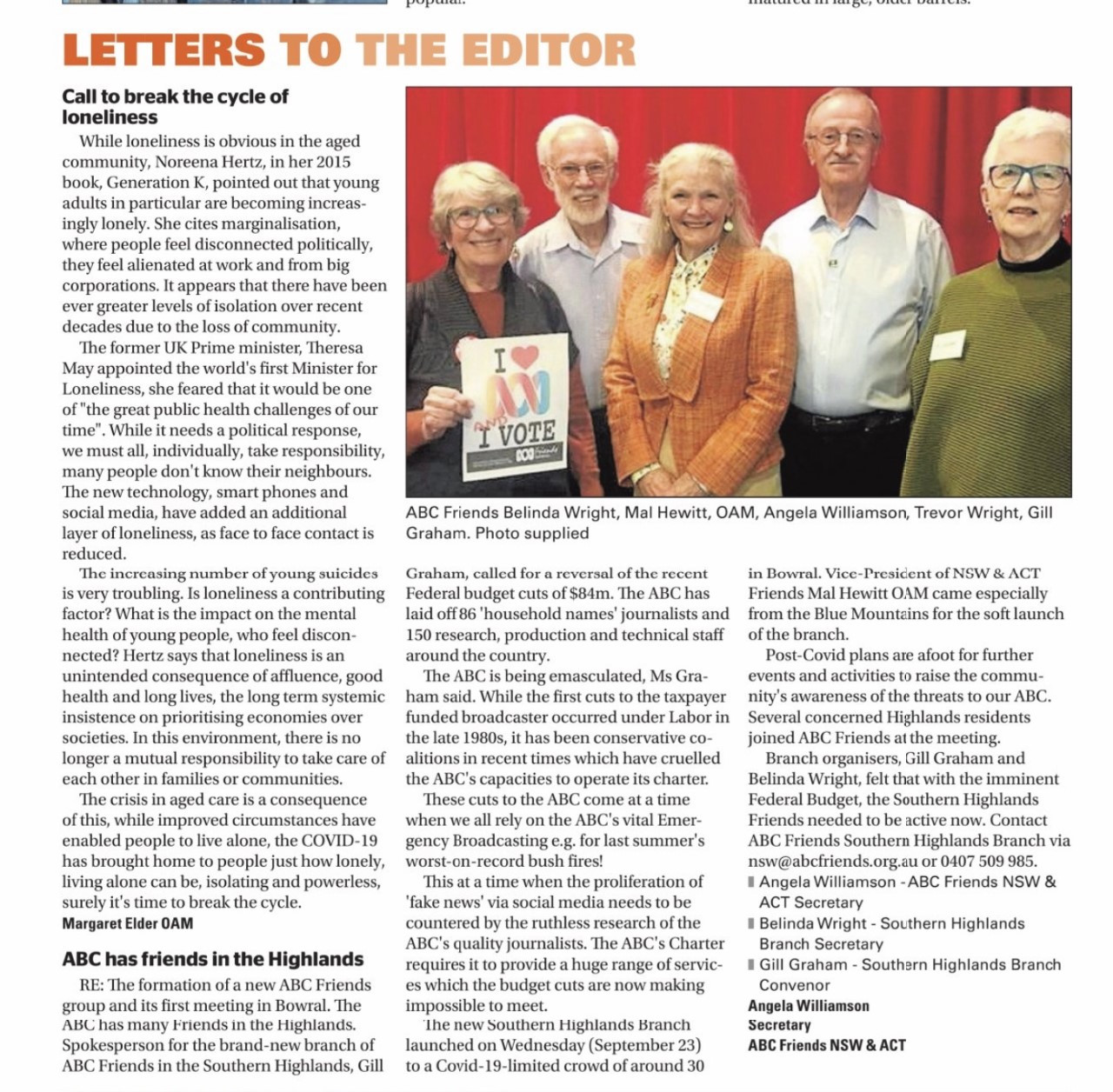 RE: The formation of a new ABC Friends group and its first meeting in Bowral.

The ABC has many Friends in the Highlands.

Spokesperson for the brand-new branch of ABC Friends in the Southern Highlands, Gill Graham, called for a reversal of the recent Federal budget cuts of $84m. The ABC has laid off 86 'household names' journalists and 150 research, production and technical staff around the country.

The ABC is being emasculated, Ms Graham said. While the first cuts to the taxpayer funded broadcaster occurred under Labor in the late 1980s, it has been conservative coalitions in recent times which have cruelled the ABC’s capacities to operate its Charter.

These cuts to the ABC come at a time when we all rely on the ABC’s vital Emergency Broadcasting e.g. for last summer’s worst-on-record bush fires! This at a time when the proliferation of 'fake news' via social media needs to be countered by the ruthless research of the ABC's quality journalists. The ABC's Charter requires it to provide a huge range of services which the budget cuts are now making impossible to meet.

The new Southern Highlands Branch launched on Wednesday to a Covid-19-limited crowd of around 30 in Bowral. Vice-President of NSW & ACT Friends, Mal Hewitt, OAM, came especially from the Blue Mountains for the soft launch of the branch. Post-Covid plans are afoot for further events and activities to raise the community's awareness of the threats to Our ABC. Several concerned Highlands residents joined ABC Friends at the meeting.