Posted in Latest news from ABC Friends on 16 July 2019

Posted in Latest news from ABC Friends on 16 July 2019

ABC Friends National will continue to urge its members and friends to take urgent action to defend Media Freedom. 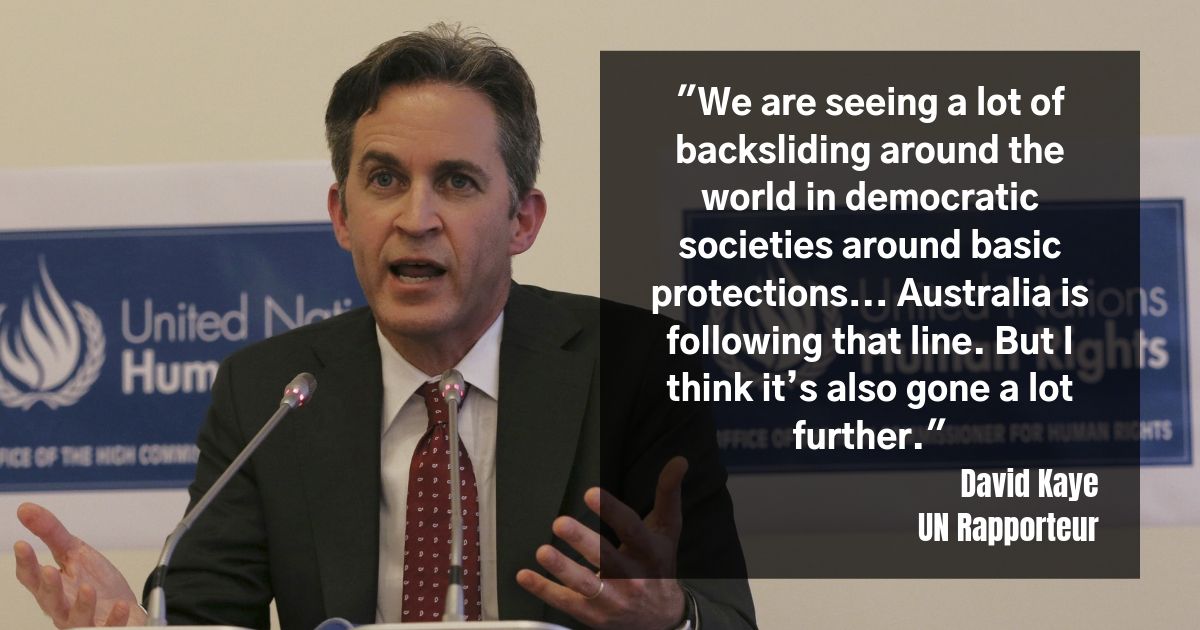 David Kaye, the U.N Rapporteur asked by the Human rights Council to monitor press freedom has named Australia as being a democratic country that is neglecting its responsibilities by allowing police to treat journalists as criminals with recent raids on a News Corp journalists home as well as the ABC.

When asked by the Sydney Morning Herald about the state of freedom of opinion in the world, he said:

"We are seeing a lot of backsliding around the world in democratic societies around basic protections, and a lot of it has been digital interference [with press freedoms]... Australia is following that line. But I think it’s also gone a lot further."

Fingerprinting journalists and monitoring their phone and internet records, not to mention police requests to Qantas for travel detail is clearly going well beyond some marginal concern about security or government embarrassment. Only governments that are hiding information from citizens are so paranoid about journalists doing their job!

Australians need to contact their elected representatives and demand a halt to these examples of intrusion into media freedom.

Mr Dutton may well say no one is above the law and that certainly applies equally to ministers responsible for, maintaining high standards  of Australian Press Freedom.