Posted in Latest news from ABC Friends on 01 June 2020

Posted in Latest news from ABC Friends on 01 June 2020

According to a new survey, 76% of Australians oppose any further cuts to the ABC’s budget and 49% believe it should get more Federal Government funding

The findings of a Roy Morgan national opinion poll serve as a warning to the Government that voters have had enough of budget cuts to the national broadcaster. Successive Governments have reduced ABC funding by a total of $783 million since 2014.

The survey shows Australians overwhelmingly turn to the ABC in times of crisis, underlining the national broadcaster’s critical role in the bushfire crisis and the COVID-19 pandemic. ABC Friends commissioned the opinion poll, which was carried out by the independent research group, Roy Morgan. 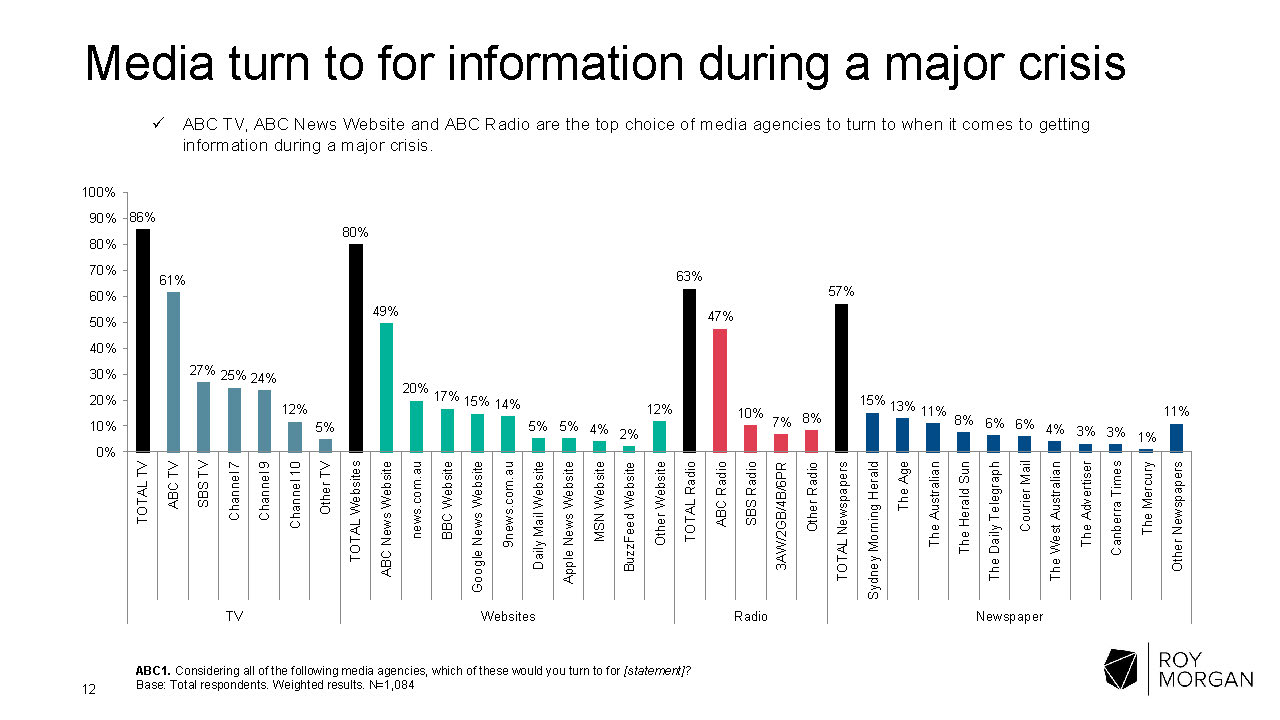 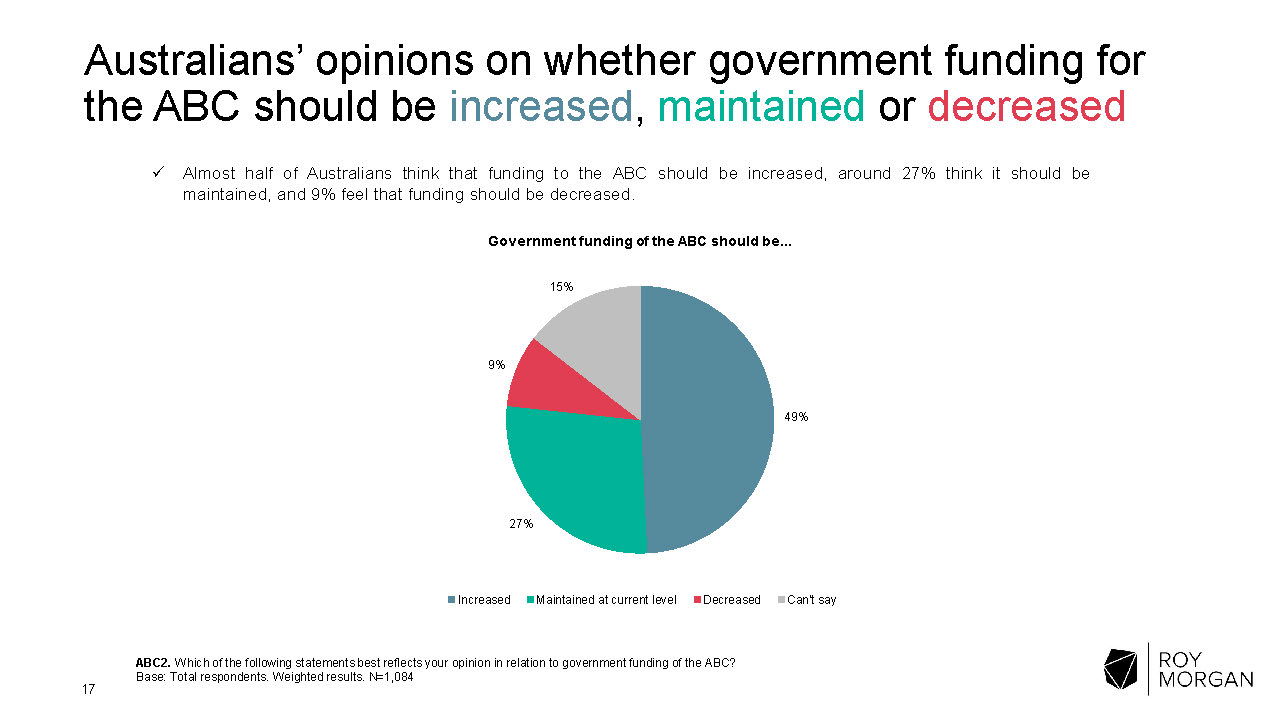 49% of people told the pollsters that Government funding for the ABC should be increased, 27% believe funding should be maintained at current levels and only 9% support further cuts.

‘There is strong community support for the ABC across the community. Voters of all political persuasions value the ABC – something the Government should consider as it plans the Federal Budget. The ABC’s performance during the bushfires and the COVID-19 crisis was exemplary and came at great cost. The ABC should be strengthened in the Budget, not further slashed.’