Posted in Events on 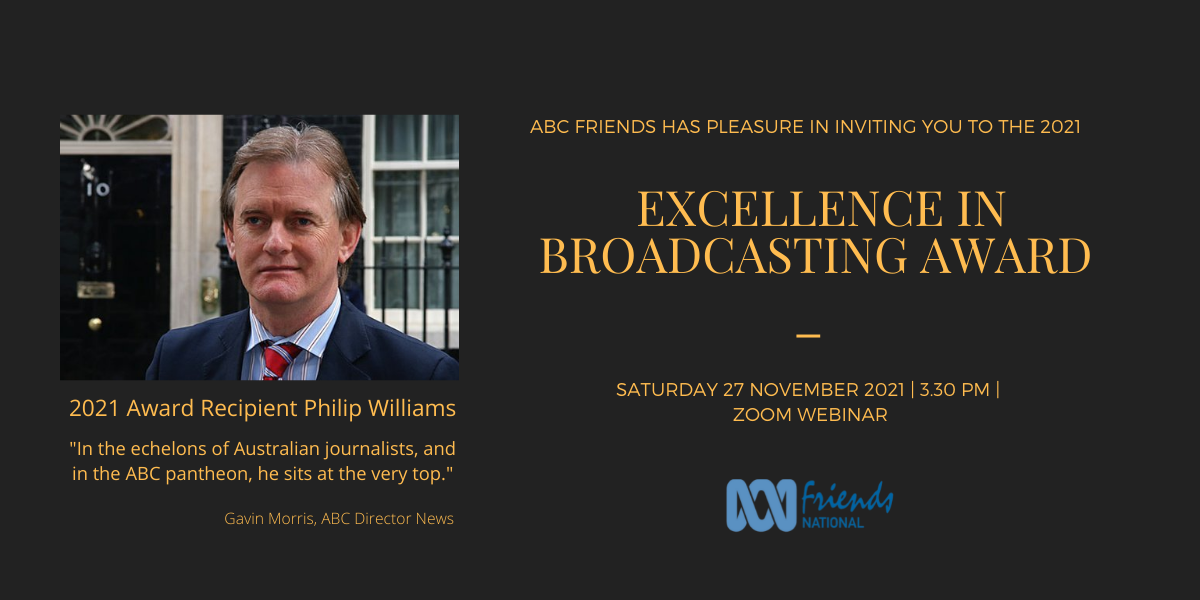 ABC Friends is  honoured to present the 2021 Excellence in Broadcasting Award to Philip Williams.

A brilliant and empathetic journalist, Philip will reflect on his 46 years as journalist, 40 of which were at the ABC. For the past five years he was the ABC's Chief Foreign Correspondent, a role created especially for him.

“Phil has led ABC reporting from impossibly difficult and dangerous locations so many times. And through it all he has remained the most warm and generous of colleagues. He is an exemplary broadcaster.”
ABC editorial director Craig McMurtrie

Philip covered the dismissal of Gough Whitlam in 1975, September 11 in the US and the ensuing Iraq War, The Arab Spring, The Beslan school siege, and London’s Grenfell Tower fire.

Then there was Brexit. The rise of Donald Trump. Terrorist attacks in Norway, Russia, France, Spain and the UK. Natural disasters all over the world. And in 2020 we were especially touched by his reporting from the front line of the Black Summer bush fires.

PLEASE NOTE: The event will commence at 3.30pm AEDT.