Bushfire crisis: An inspiring story from an ABC Friend

Posted in Latest news from ABC Friends on 13 February 2020

Bushfire crisis: An inspiring story from an ABC Friend

Posted in Latest news from ABC Friends on 13 February 2020

Residents of the north-eastern side of Blackheath were on alert from the moment the Gospers Mountain Fire entered the Grose Valley in the early hours of December 16th, and not just for their homes but for the iconic wilderness and the animals who live there. 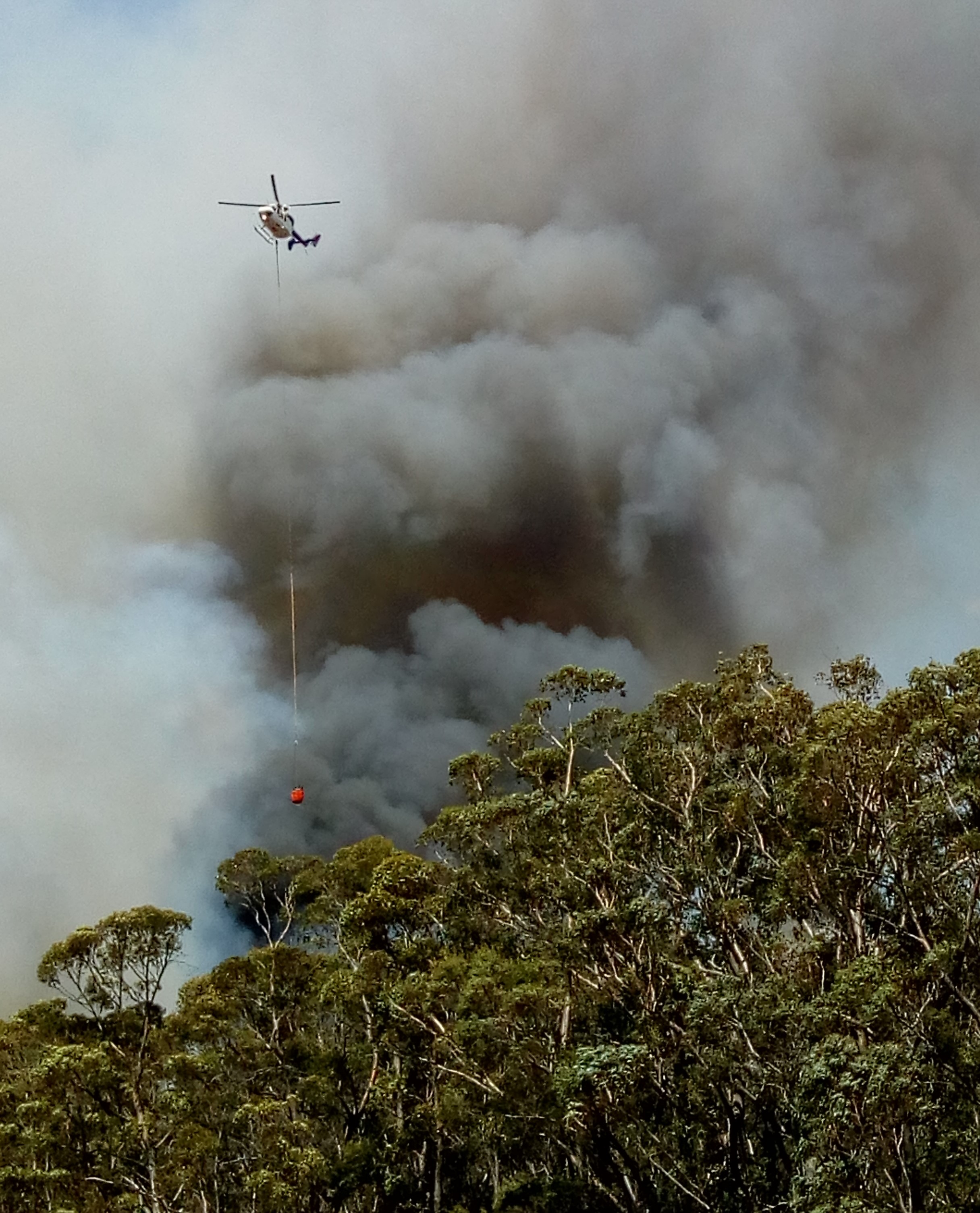 The view from Di's back garden

On 22nd December the fire hit the eastern edges of the town. After a number of close calls, and many sleepless nights, with us gasping for breath in the smoke, the fire finally hit my property on New Year’s Eve.

It was terrifying, but at the same time my family was feeling frustrated, angry and deeply saddened for the scale of the loss of the bushland we love. People I spoke to were literally crying for the bush. Everyone felt helpless.

Then we started thinking about the best things we could do to help.

An easy quick first step was to install watering stations: lots of people established extra water supplies in their yards and in the bush. Feeding wildlife also seemed like a good idea but there is a real risk in doing so while animals are vulnerable and desperate. NB: Wildlife Health Australia and WIRES both warn about these risks. 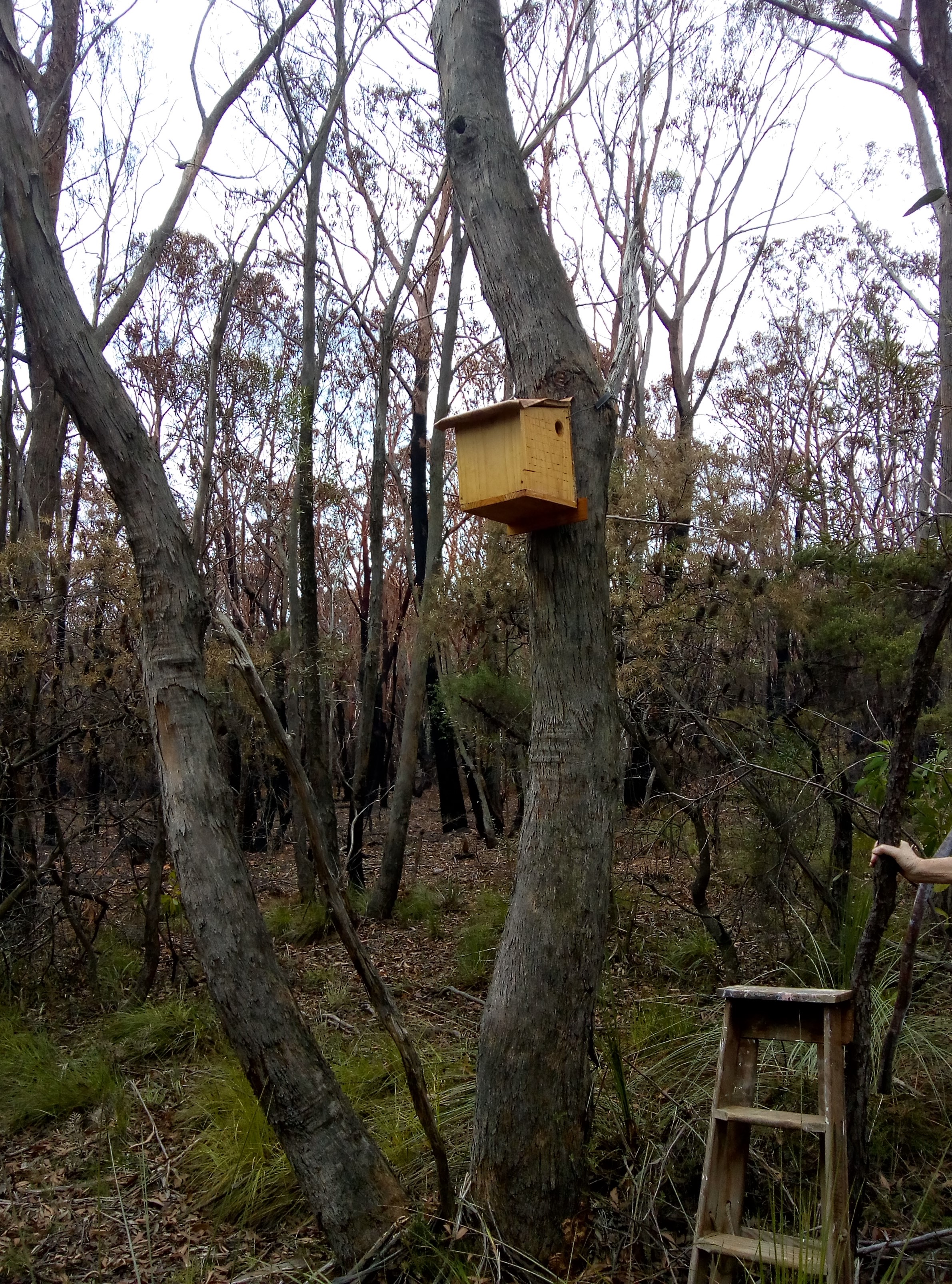 My family is in a lucky position. I have a big woodworking workshop where my daughter makes harps. That made it easy to quickly set up and invite other ladies with a bit of woodworking nous to make shelters and nesting boxes to replace burnt habitat. It’s becoming quite a production line! We’re also hooked in with local WIRES members for distribution and installation.

We are making lots of boxes of differing shapes and sizes from tiny pygmy possum to big brushtails, from antechinus to owls. There are lots of good plans on the net if you want to make your own. 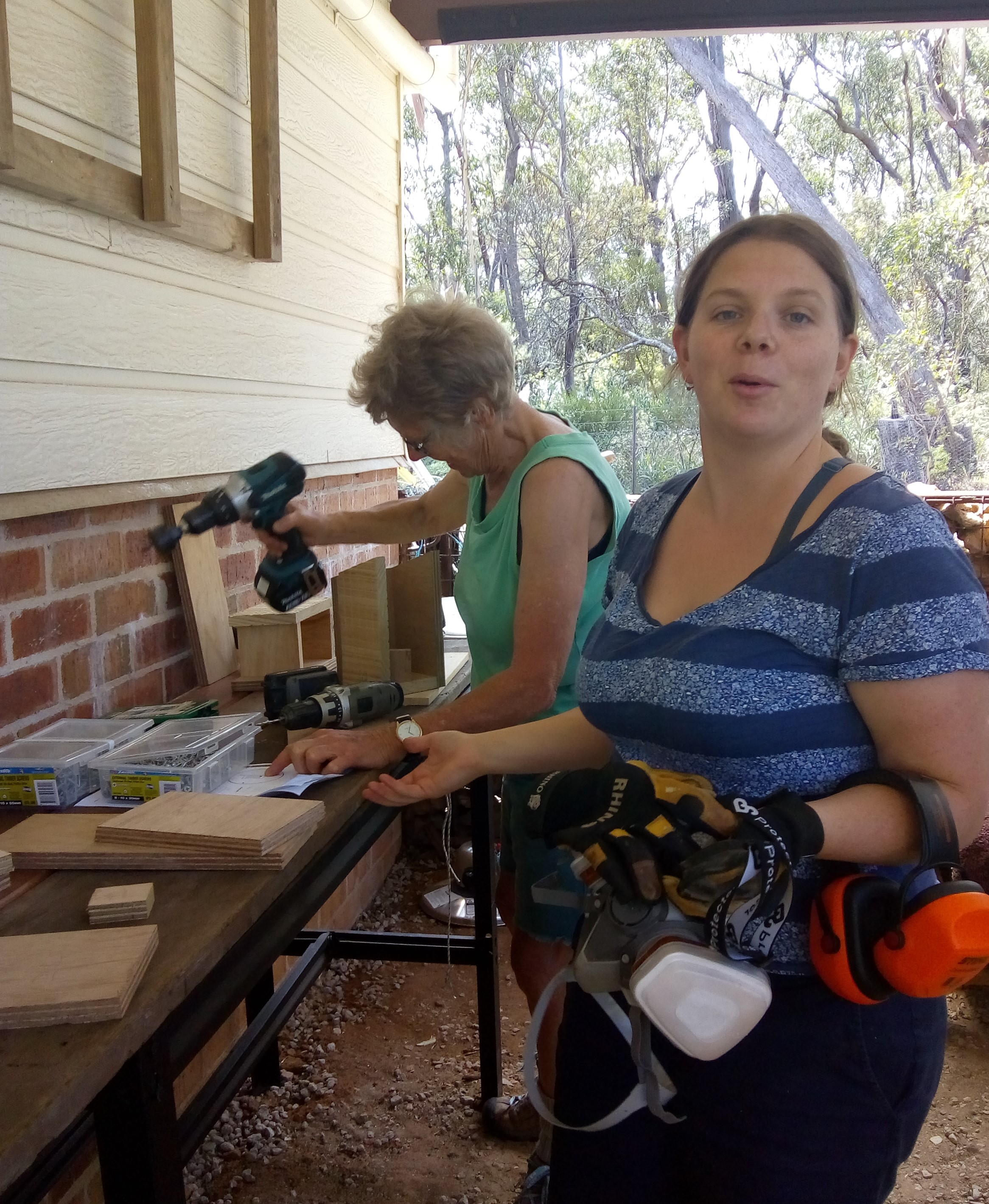 Esther, my daughter, is the shed boss. She’s on the right in one photo with friend Lyndal on the left.