We did try to find candidates’ responses on support for the ABC. ABC Friends WA sent emails to all candidates (those we could get contact details for) in the electorates of Cowan, Curtin, Hasluck, Pearce, O’Connor, and Swan. 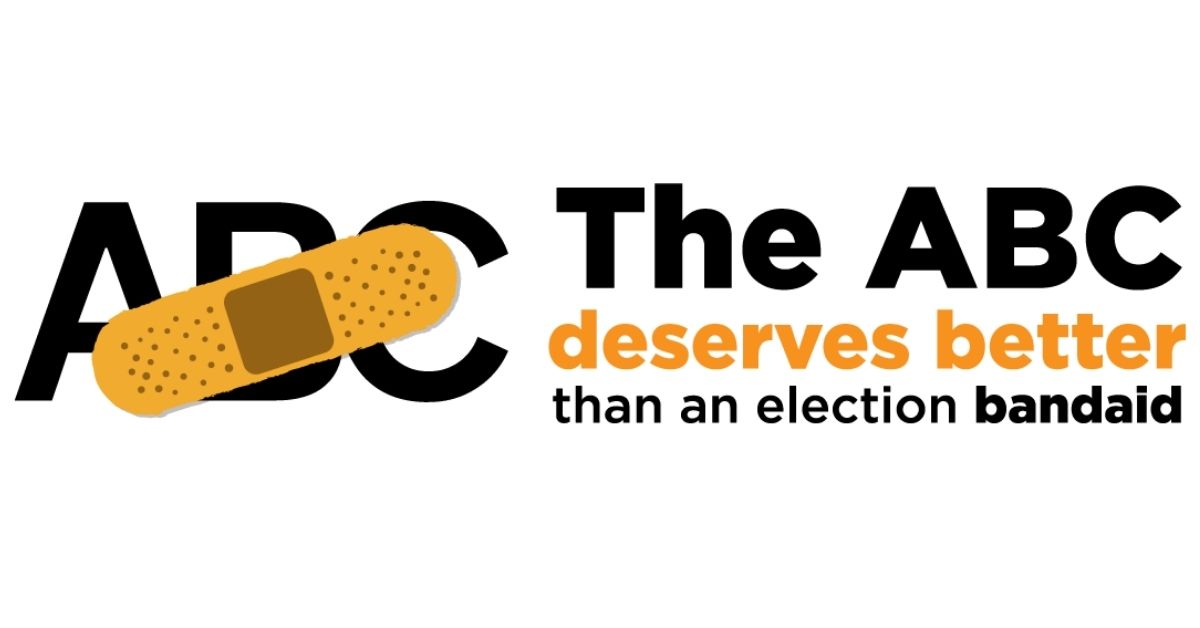 We included minor parties and independents so they too could have a voice. This meant emailing candidates in these electorates for the United Australia Party (UAP), Pauline Hanson’s One Nation, Australian Christians, Animal Justice Party, Western Australia Party, and the Liberal Democrats, as well as Labor, Liberal and Greens. We could not find any contacts for the Australian Federation Party in the electorates targeted.

We got only one response from the minor parties. This came in an email from a UAP candidate: ‘As for the ABC I am encouraging all that I meet that to sign a petition that the ABC become prescription ONLY this would allow the ABC complete autonomy under media laws; and as people would have to pay to see them it would also demonstrate in the market place what they are worth.’ We think he meant ‘subscription’.

The questionnaires we sent asked for a level of support ranging from Strongly Agree, through Agree, Disagree, Strongly Disagree to Unsure. The propositions were as follows:

ABC services must remain independent of government, free-to-air and free-to-access, and funded from consolidated revenue.

Funding certainty and the ABC’s ability to plan ahead must be ensured, by introducing five-year funding agreements, indexed annually to compensate for inflation.

In order to enable the ABC to fulfil its charter obligations, including the provision of comprehensive rural and regional services, the ABC’s operational budget must be progressively restored to the level of funding it received before budget cuts commenced in 2014.

All ABC Board appointments must be advertised widely and made from a short-list selected on merit by an independent non-partisan nominations panel, as laid down in the ABC Act.

Funding for ABC International must be restored and enhanced, so that it can fully resume its vital role as Australia’s trusted voice in the Asia-Pacific.

It should be ensured that good quality ABC radio and television broadcasts can be received throughout rural and regional Australia.

We had a response from an independent candidate in Hasluck who ticked the highest level of support for all our propositions, and in response to a question on value of the ABC added ‘Providing an Independent and balanced viewpoint and one that counters the bias of mainstream corporate media. The ability to question all parties without influence or prejudice.’ Thank you, Jeanene!

The Greens candidates in four of the six electorates returned questionnaires and indicated the highest levels of support for all our propositions. They added more comments, some of which are:

‘It’s a highly informative, non- biased source of information for all Australians. I work in the Mining Industry and you can always get ABC radio in even the most remote locations.’ (Brendan, Hasluck)

‘The ABC is an essential service both TV and radio - and relied on for day to day and emergency information by millions of Australians.’ (Clint, Swan)

‘I live remotely and rely on Radio National for independent information and informed discussion of current affairs.’ (Giz, O’Connor)

‘The ABC provides a vital service across the country. It’s where I turn to for trustworthy and high quality news.’ (Cameron, Curtin)

Thanks to all Greens who responded.

We received one completed questionnaire from a Labor candidate, Yannick Spencer in Curtin. He indicated the highest level of support for all our propositions except the one on funding, on which he marked Agree. He added these personal comments:

‘I value the high-quality content, and particularly Australian content, on ABC Kids (or ‘regular cartoons’, as my kids call it; very different to the irregular cartoons on Netflix!). With two young children I value knowing that I can switch on ABC Kids and they will get excellent programming that’s made specifically for kids. I also value the quality, impartiality and variety of ABC news and current affairs programs. Should I have the honour of representing the people of Curtin, I would continue Labor’s fight against cuts and attacks on the ABC. Specifically, I will join the Parliamentary Friends of the ABC, always speak in my party room in support of the ABC, and always engage positively with ABC journalists.’ Thank you, Yannick!

Labor has committed to five-year funding terms, and to increase funding to ABC international programs.

We received an email response from the independent candidate in Curtin, Kate Chaney: ‘As I mentioned then [at the College Park meeting], I am a huge supporter of the ABC and reinstating its funding. The blatant biases of the other media outlets during this election campaign [have] highlighted this need even more. However, … I am reluctant to develop policy on the fly and make promises I can’t keep.’

We received no response from any Liberal Party candidate in any electorate. Given the history of cuts to ABC funding since 2014 ($783 million), attempted interference in editorial matters, and expressed hostility, perhaps that was not surprising. The current government has committed to restore indexation to ABC funding, which will provide a very minor increase. ABC Alumni have calculated ‘only 0.7% in the first year of the next triennial funding cycle, beginning FY 22-23, 2% in the second and 1.7% in the third.’ The Liberal Party has a policy on the digital economy includes no mention of public broadcasting.

Remember the ABC when you vote.