Posted in Latest news from ABC Friends on 21 October 2019

Posted in Latest news from ABC Friends on 21 October 2019

The ABC has reported about an incident in Afghanistan where a boy and his father were shot dead by Australian soldiers, with new reports claiming they were unarmed. 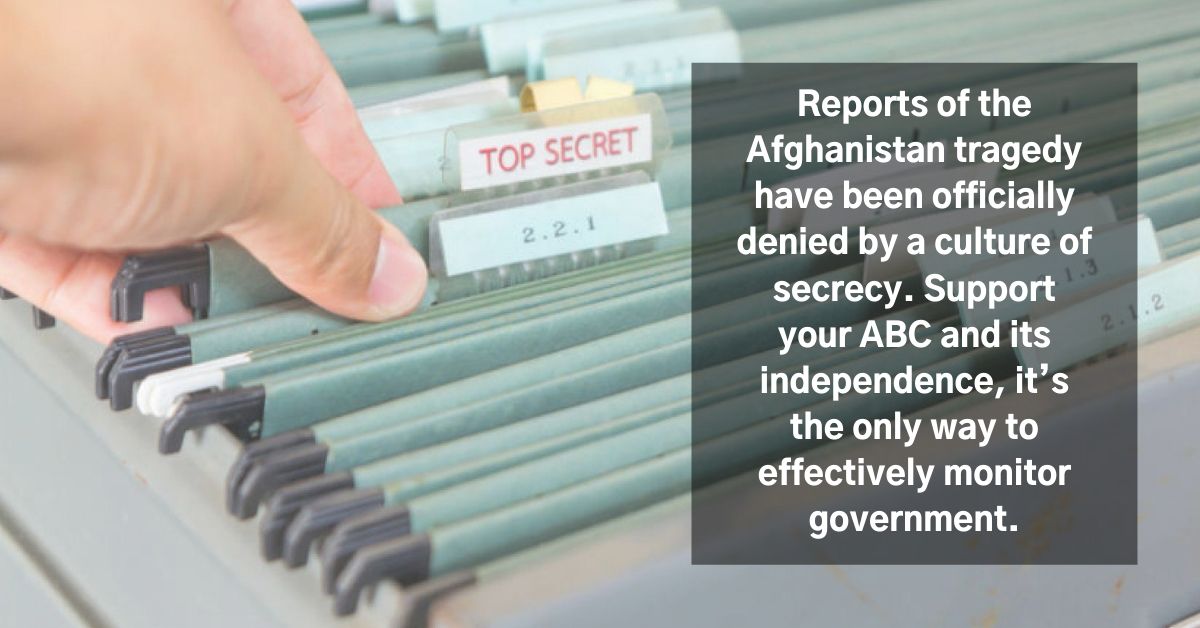 The ABC originally reported the shooting of farmer, Bismillah Jan Azadi, and his young son, Sadiqullah, by the Australian SAS as part of the Afghan File series in 2017. The AFP raids in June, 2019, were triggered by the Afghan Files series and remain the subject of an investigation.

The official report says that Bismillah had pointed a pistol at the soldiers, but in an interview with the ABC, Afghanistan's top human rights official has contradicted the official account, saying her organisation's investigation determined that the man was an unarmed civilian.

ABC Friends National President Margaret Reynolds said, "As Australians we have a right to know what is done in our name. Reports of this tragedy have been officially denied by a culture of secrecy."

She continued, "This is why we need independent public broadcasting. Support your ABC and its independence, it’s the only way to effectively monitor government."