Dempster: “The ABC is now fighting for its survival”

Dempster: “The ABC is now fighting for its survival”

Former ABC broadcaster Quentin Dempster has written a powerful article about the current political situation for the ABC. 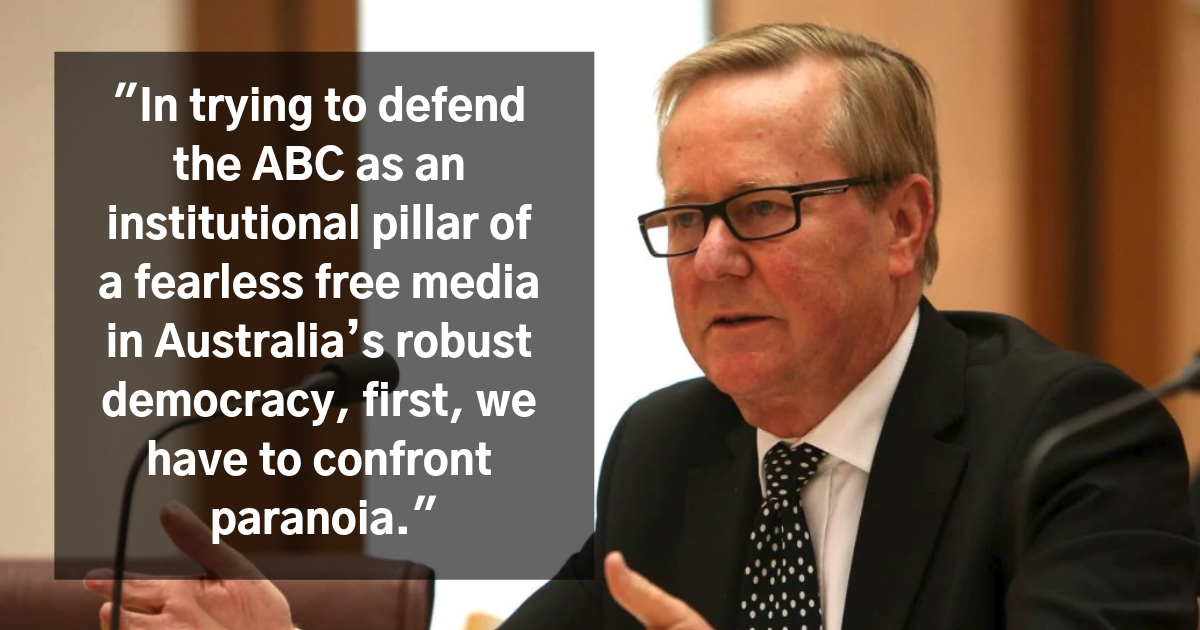 Published in John Menadue’s “Pearls and Irritations” blog, Mr. Dempster says the ABC is fighting for its survival.

In trying to defend the ABC as an institutional pillar of a fearless free media in Australia’s robust democracy, first, we have to confront paranoia. It comes in the form of constant Murdoch Press complaints that the ABC is biased and a force for “left-wing” ideology. “All the ABC’s presenters are left wing!” columnists and ABC critics have written.