Posted in Latest news from ABC Friends on 13 November 2019

Posted in Latest news from ABC Friends on 13 November 2019

ABC Friends strongly rejects the statements made by the Australian Olympic Committee (AOC), apparently blaming the ABC itself for the loss of radio coverage of next year’s Tokyo Olympics. 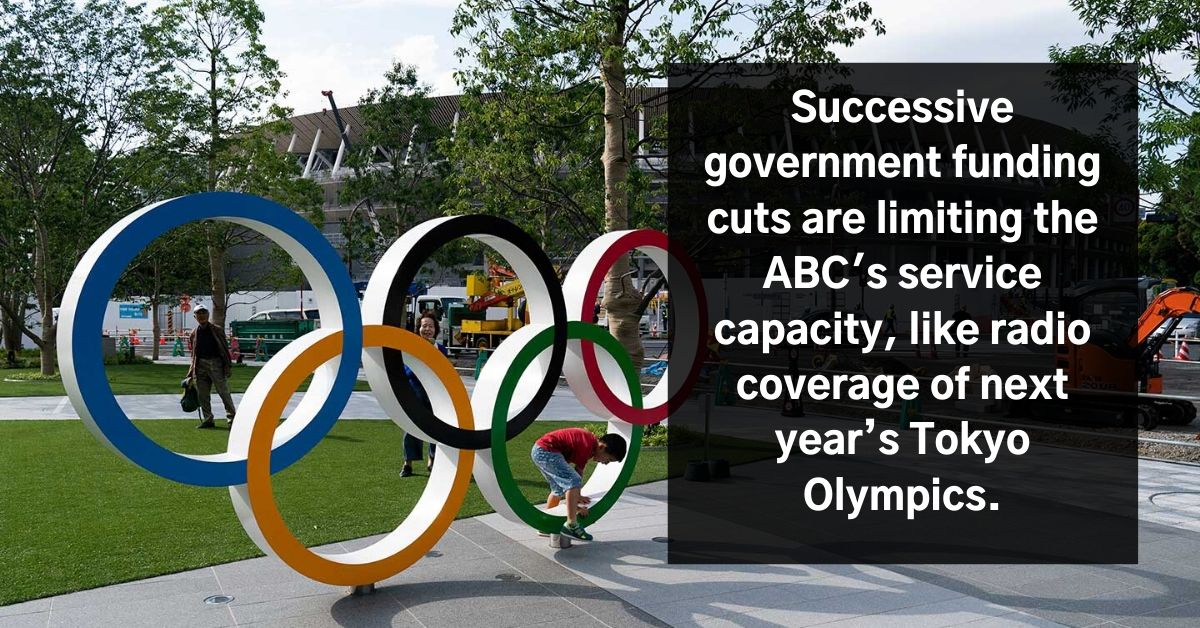 With successive government funding cuts, the AOC should ask the Federal Government why it continues to limit the capacity of the ABC to provide such services.

"Nobody wants to see the loss of any programming or jobs at the ABC,” said ABC Friends National President Margaret Reynolds, “but, with on going loss of funding the ABC is left to make hard decisions."

"Instead of being critical of the ABC, the AOC should turn its attention toward the government to commit to predictable levels of funding that enable the Australian public broadcaster to meet all its obligations."

“The ABC can only do so much with the ever-decreasing funds it is allocated, yet it is expected to maintain a a wide range of services across the country and internationally."

It is time the Federal Government compared the resources it offers to Australian public broadcasting with those available to the BBC and in Canada.

Clearly the ABC’s funding decline means that on occasions Australians will be disappointed that some expected broadcasts will not be possible.