Farewell and Thank You to Belinda and Trevor Wright

Posted in Latest news from ABC Friends on 25 March 2020

Farewell and Thank You to Belinda and Trevor Wright

Posted in Latest news from ABC Friends on 25 March 2020

Before the world went awry, ABC Friends Tasmania's Northern Branch organised a farewell for two of its stalwart members, Belinda and Trevor Wright. 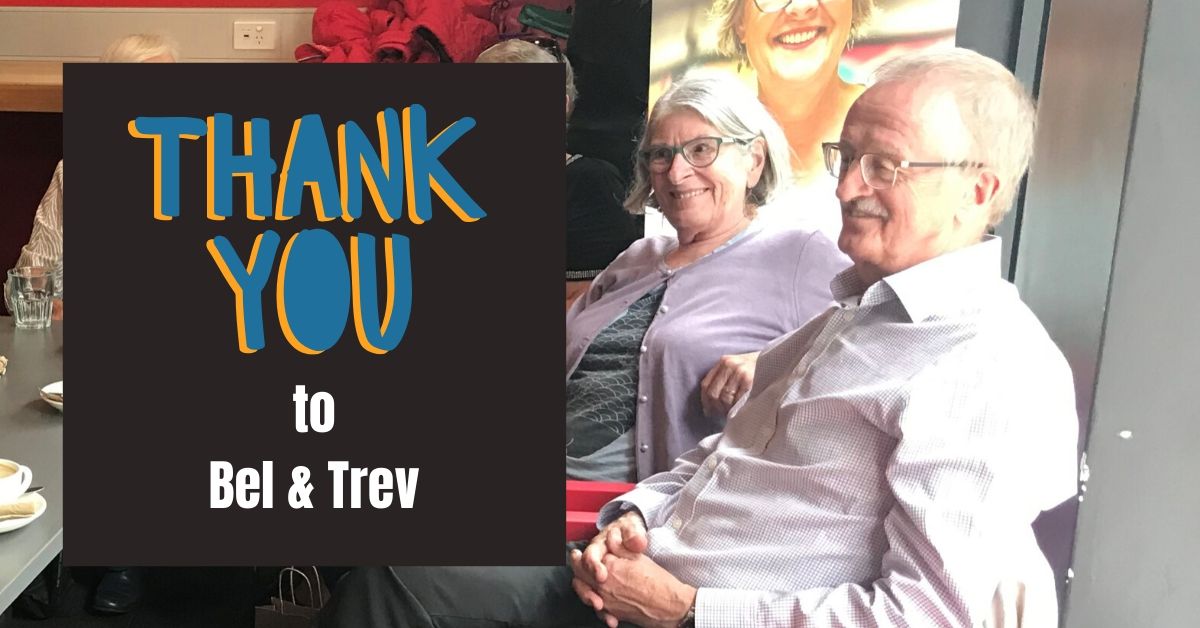 The Wrights joined the Northern Group in 2014 following the Abbott Government's cuts to the ABC.  Locally, they were active supporters of market stalls and always offered solid back-up to Anne O'Byrne in her role as Northern Convenor.

Belinda soon took on the role of State Treasurer and quickly whipped our financial systems into place.  She presented our Committee with detailed, timely and transparent reports, and always knew where to locate every cent.  In 2015 she was a delegate to a fledgling National Conference as steps were taken to form a truly National organisation for Friends.

At local markets (or, indeed, wherever he could find someone to chat to) Trevor engaged in lively discussions about ABC issues, informing many attendees of Friends' actions in support of the ABC and our concerns at the Government’s hostility to the ABC.

Trevor and Belinda are leaving Launceston (the rural delights of Hillwood actually) to settle in Bundanoon, Southern Highlands in NSW.  Through our National contact, we know some of the members in their new local branch and know they will receive a warm welcome.

Keep in touch Bel and Trev.  We will miss you, and your commitment, warmth and boundless willingness to participate wherever you could assist.  We wish you all the best in your new life in the Highlands and thank you for the support you gave us here in Tasmania.