Posted in Latest news from ABC Friends on 29 September 2020

Posted in Latest news from ABC Friends on 29 September 2020

Northern Sydney ABC Friends are travelling to Parliament House, Canberra for Budget Day on 6th October to call for the ABC to be included in Morrison’s “Jobs and Recovery” budget. 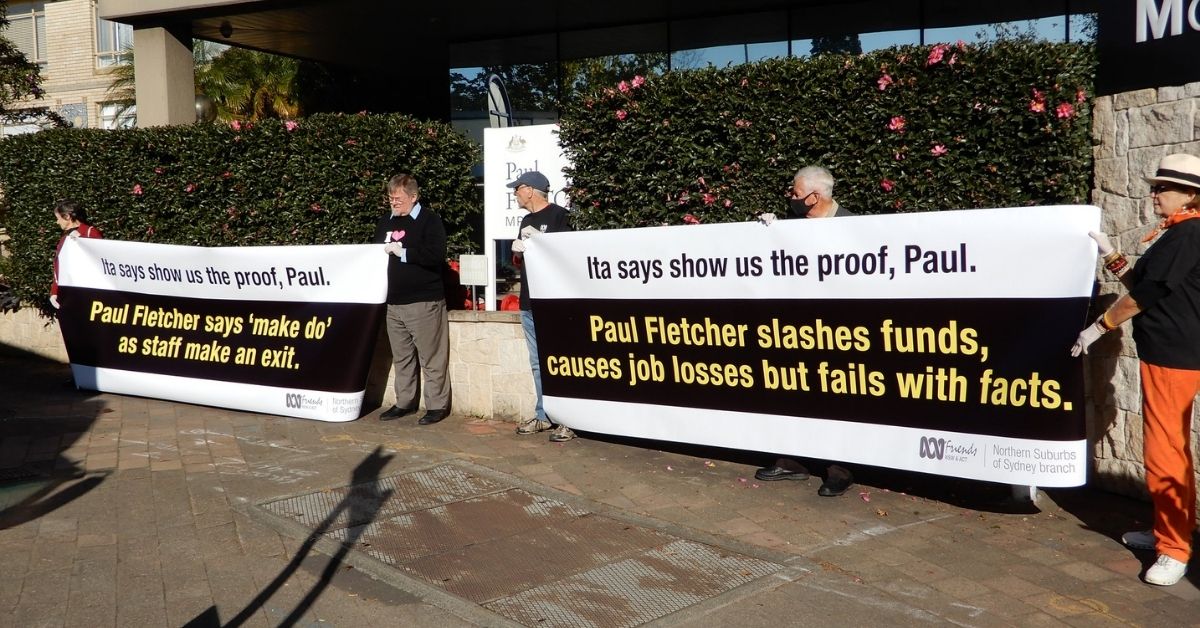 Despite asking for many meetings to discuss reversing the ABC cuts in the October budget, Mr Fletcher keeps telling us he is ‘unavailable’ to meet with us. If he won’t meet with us in Lindfield we will go to Canberra.

Paul Fletcher, as Minister for Communications seems to have a real problem communicating. He doesn’t appear to want to talk to his constituents - the majority of whom love their national broadcaster.

Mr Fletcher also appears not to understand the gravity of the three recent protests outside his Lindfield electorate office calling on him to stop the attacks on the ABC,” said Ms Kitson.

“The delegation to Parliament House Canberra is proof that the Liberal heartland will not tolerate the distressful and destructive defunding of the ABC”, said NSoS member and Lindfield resident Lindsay Somerville.

“We are not going to let Mr Morrison get away from the ‘jobs’ mantra he used when sacking 250 of the best journalists, producers and operational staff of the nation”, said Kate Reid, former ABC publicity manager.

“Bradfield voters need to know whether Mr Fletcher is listening to his constituents, whether in Lindfield or Canberra.

Even Zali Steggall, Warringah MP, says she will come outside Parliament House and bring us a cup of coffee!” concluded Janine Kitson.