Posted in Latest news from ABC Friends on 03 November 2022

Posted in Latest news from ABC Friends on 03 November 2022 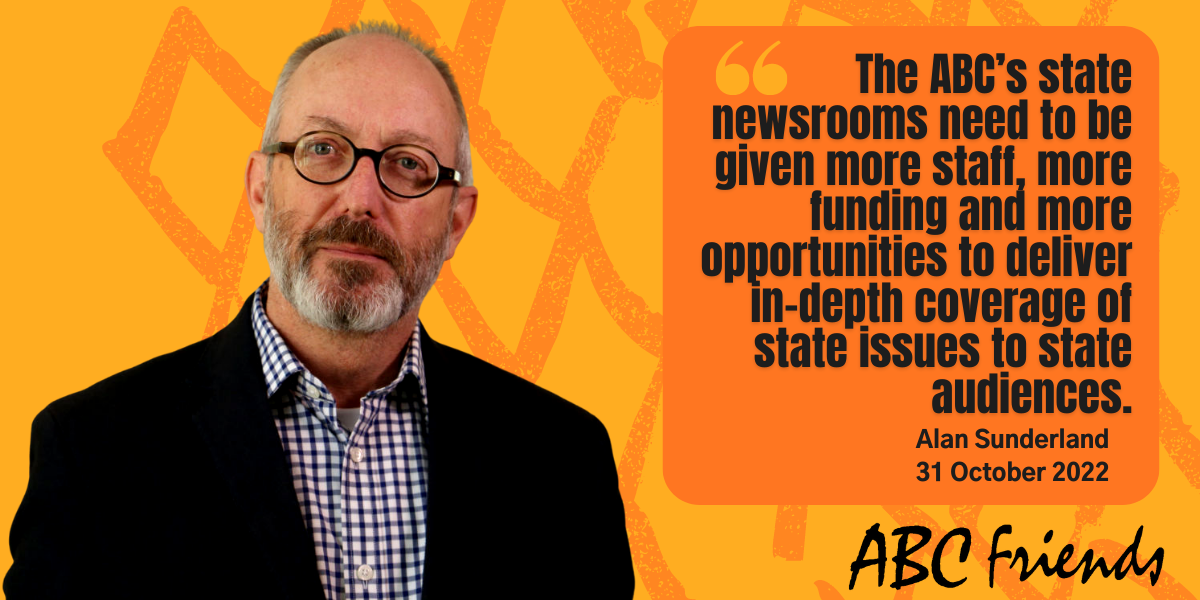 Former ABC Editorial Director Alan Sunderland has expressed concern that ABC television broadcasting is being left behind in its ability to deliver in-depth coverage at a state level when compared to federal and local counterparts.