Former CEO and editor in chief of The Age, and ABC Friend, Ranald Macdonald, has outlined 'four areas of real apprehension' about media freedom in an article published on the Independent Australia website. 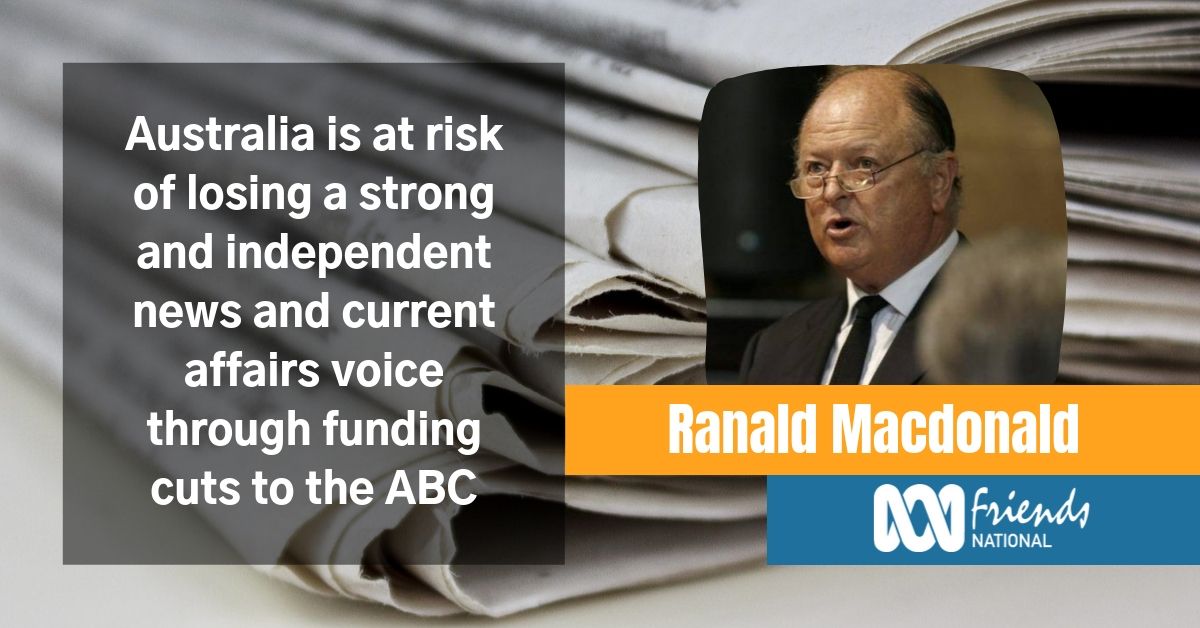 The founder of the Australian Press Council says that "fair and unbiased reporting is disappearing in Australia as the Coalition Government and Murdoch Mafia gain control of our news" an that "public interest journalism is in limited supply for Australians — and it is of real concern."