Share your thoughts on why our ABC should be well funded

Posted in Latest news from ABC Friends on 06 March 2020

Share your thoughts on why our ABC should be well funded

Posted in Latest news from ABC Friends on 06 March 2020

Tell us why the ABC is important to you and your family and why it needs reliable funding. 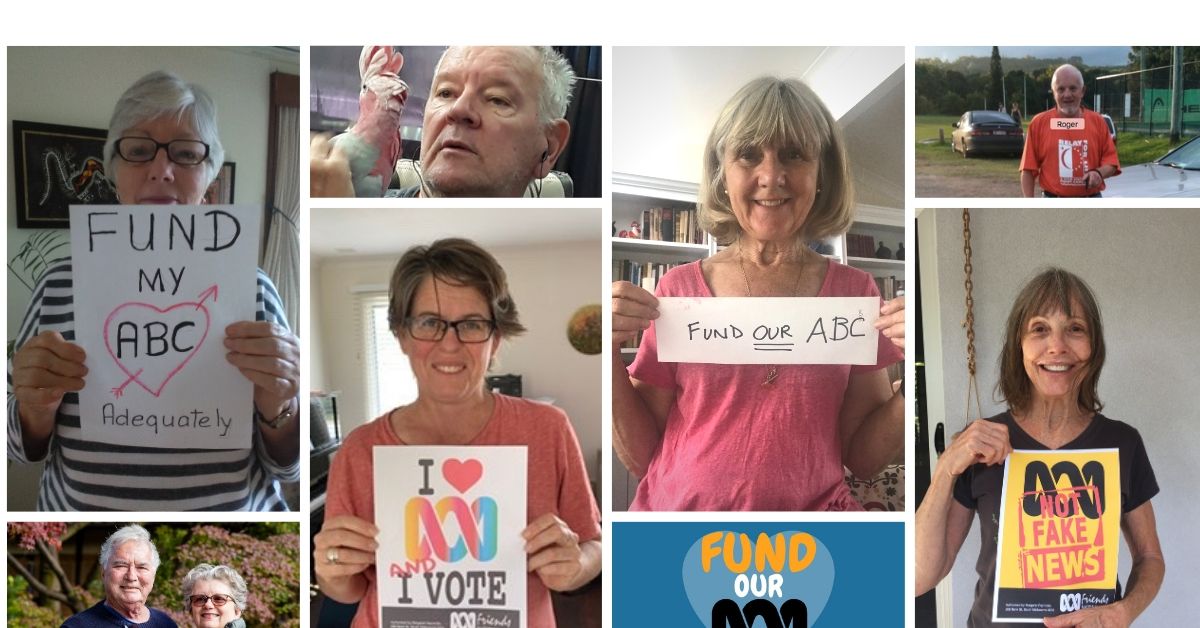 Australians understand that there have been consistent financial cutbacks to the ABC by recent governments influenced by the Institute of Public Affairs and others opposed to public broadcasting. Yet the ABC continues to do more with less resources at a time when we so rely on an independent voice and reliable factual reporting.

We know the ABC is being forced to consider tough budgetary options including loss of staff and scaling back of programs because the Federal Government does not have a strong commitment to funding public broadcasting.

That is why ABC Friends National is urging its members and supporters to take action in March to get some additional resources allocated for the ABC in the May Budget.

Upload your story and picture here

How you can take action - it's easy to use the form here or just email it to [email protected]:

Stories from Friends around the country 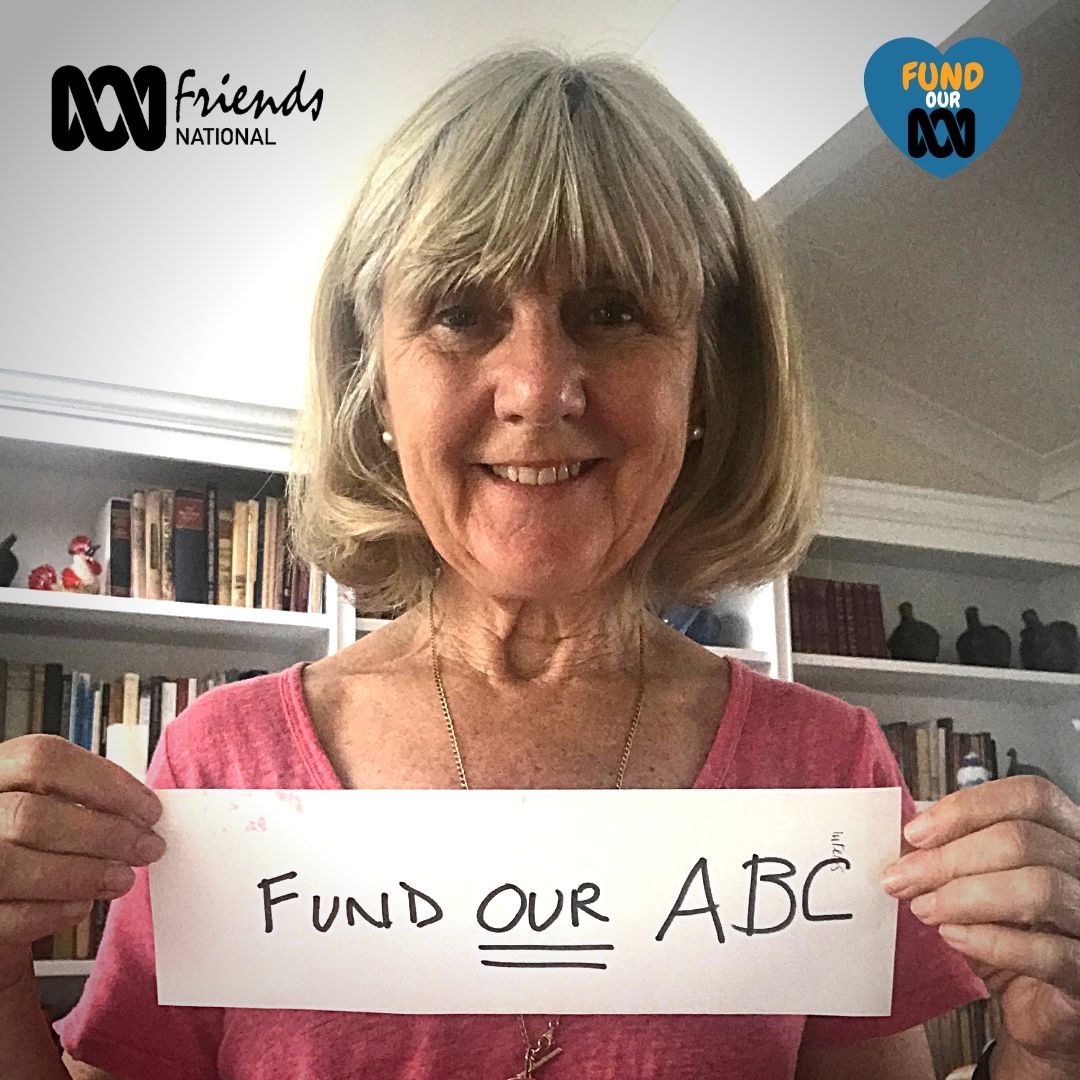 ABC is important to me, my children and my grandchildren - we all learn so much and know we can trust the ABC. It is a vitally important part of our culture as Australians, part of our history and incredibly important in helping us shape the kind of future we want for our country, our communities and ourselves. 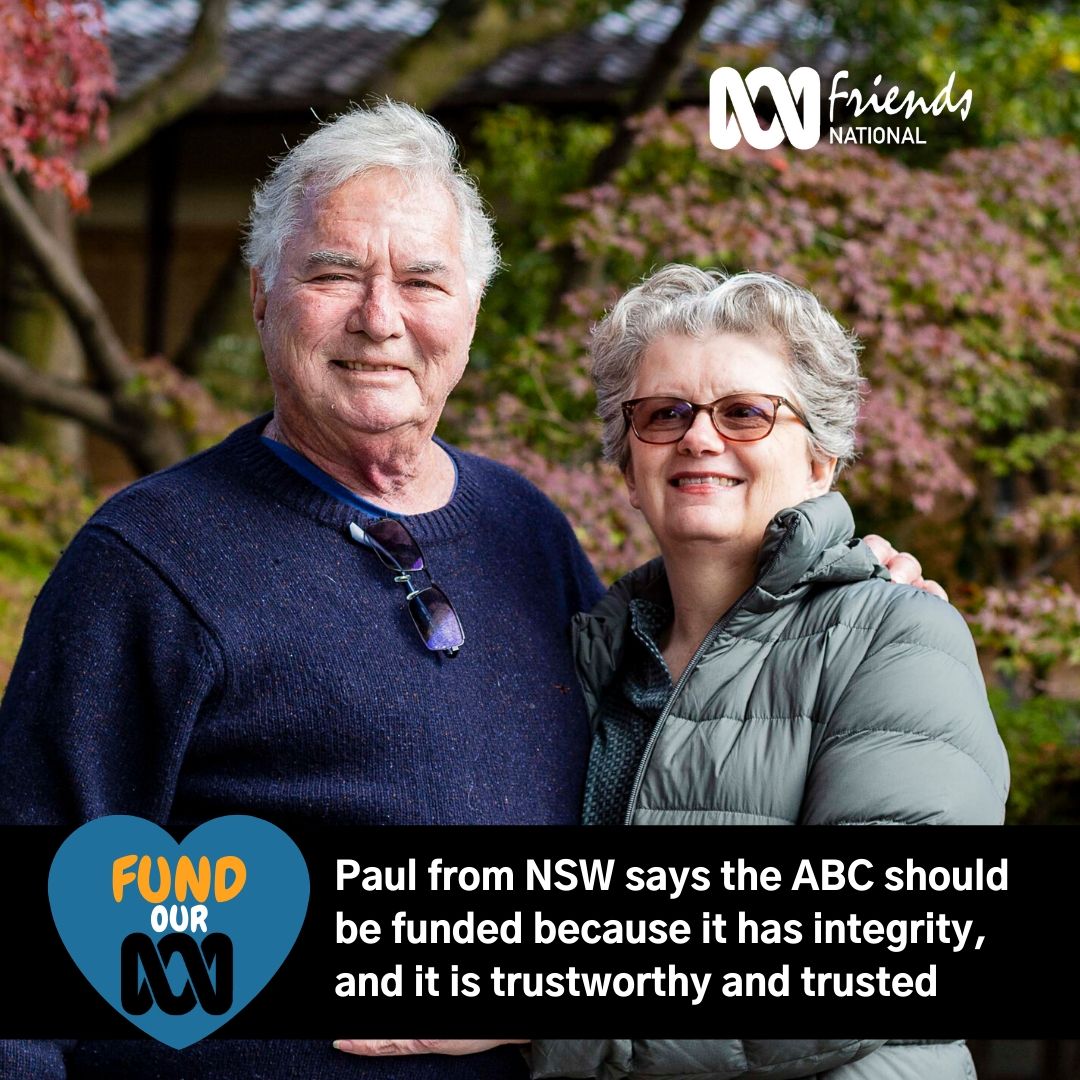 Paul from NSW says the ABC should be funded: 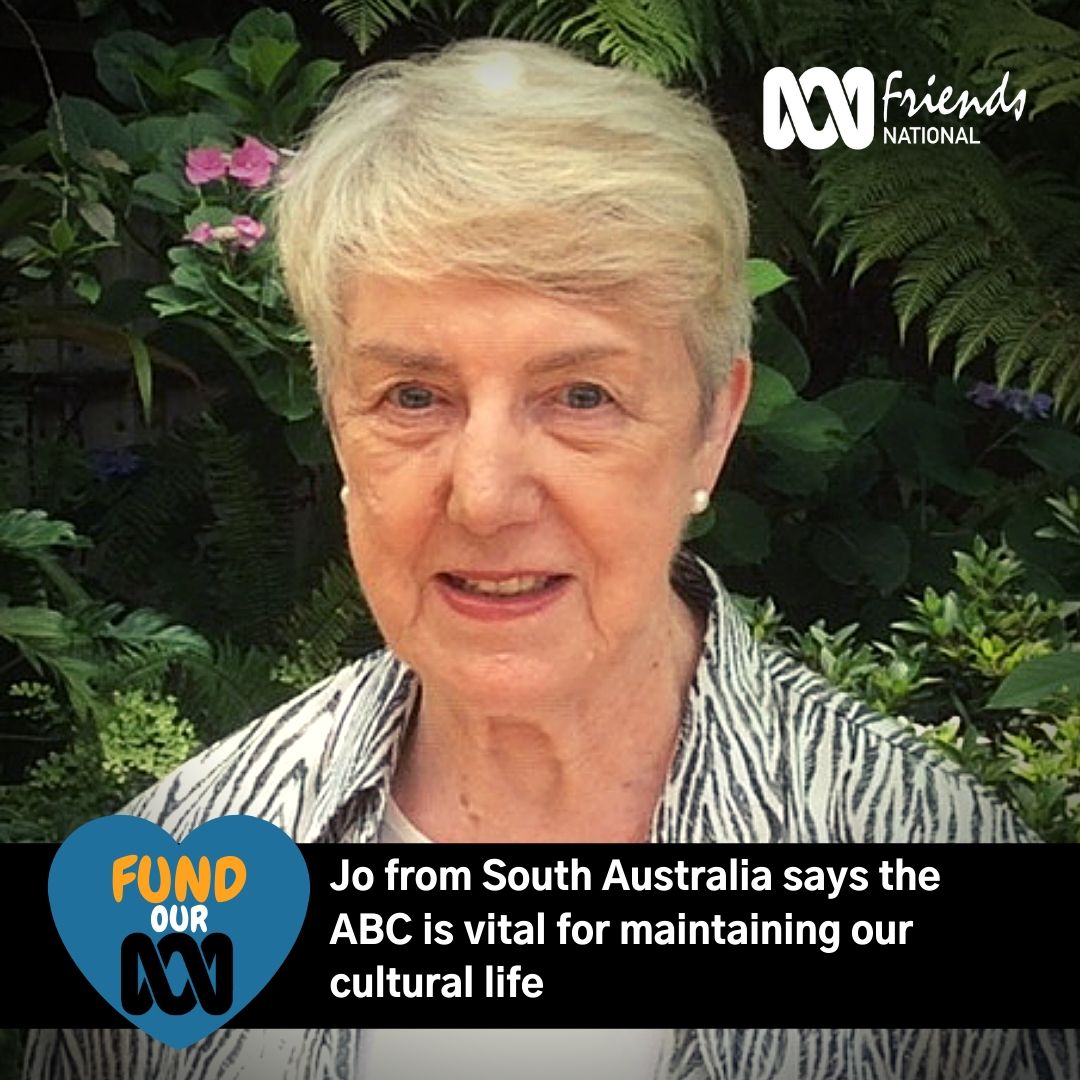 The ABC is a very important part of my life, and always has been. From 1958 to 1960 I was the Female Personnel Officer for the ABC working from the admin building in Pitt Street but relating to all of the departments at the time. In 1960 I was awarded a postgraduate scholarship to study in Italy where I remained for two years. The head of programmes arranged with RAI for me to record regular short talks which were sent back for broadcast on the morning programme. It was a privilege to be associated with the ABC at that time.

Since then, in the years I have been in Australia (that is excluding the 11 years I worked mainly overseas for the Australian Government), the ABC has been an essential part of my life. Classic FM is my constant companion when I am at home and my husband and I watch the ABC news every night. We record and watch Hymns of Praise and Media Watch each week and I use 1View on my iPad to watch any special programmes of interest. We do not watch commercial television.

The ABC is, I believe, the country’s most reliable source of news. It’s recording and broadcasting of live musical events - particularly classical music performances - is vital for maintaining our cultural life. It needs proper funding to continue the work it does and to be able to purchase worthwhile overseas productions. 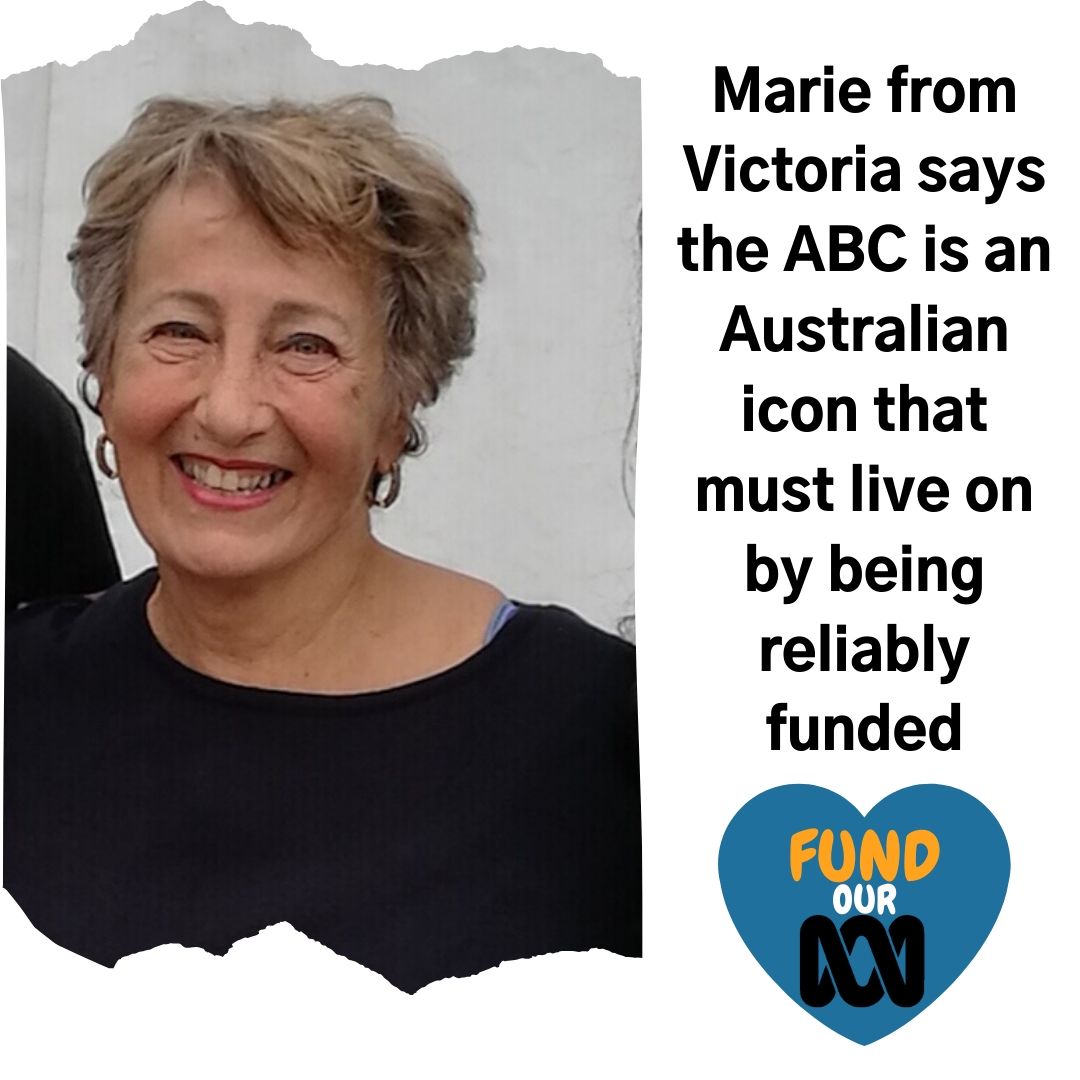 The ABC is where I go to be informed and entertained. I feel that the information is honest, diverse and reliable. The entertainment is intelligent, cutting edge and willing to take chances. An Australian icon that must live on by being reliably funded to keep it at its peak for all Australians. 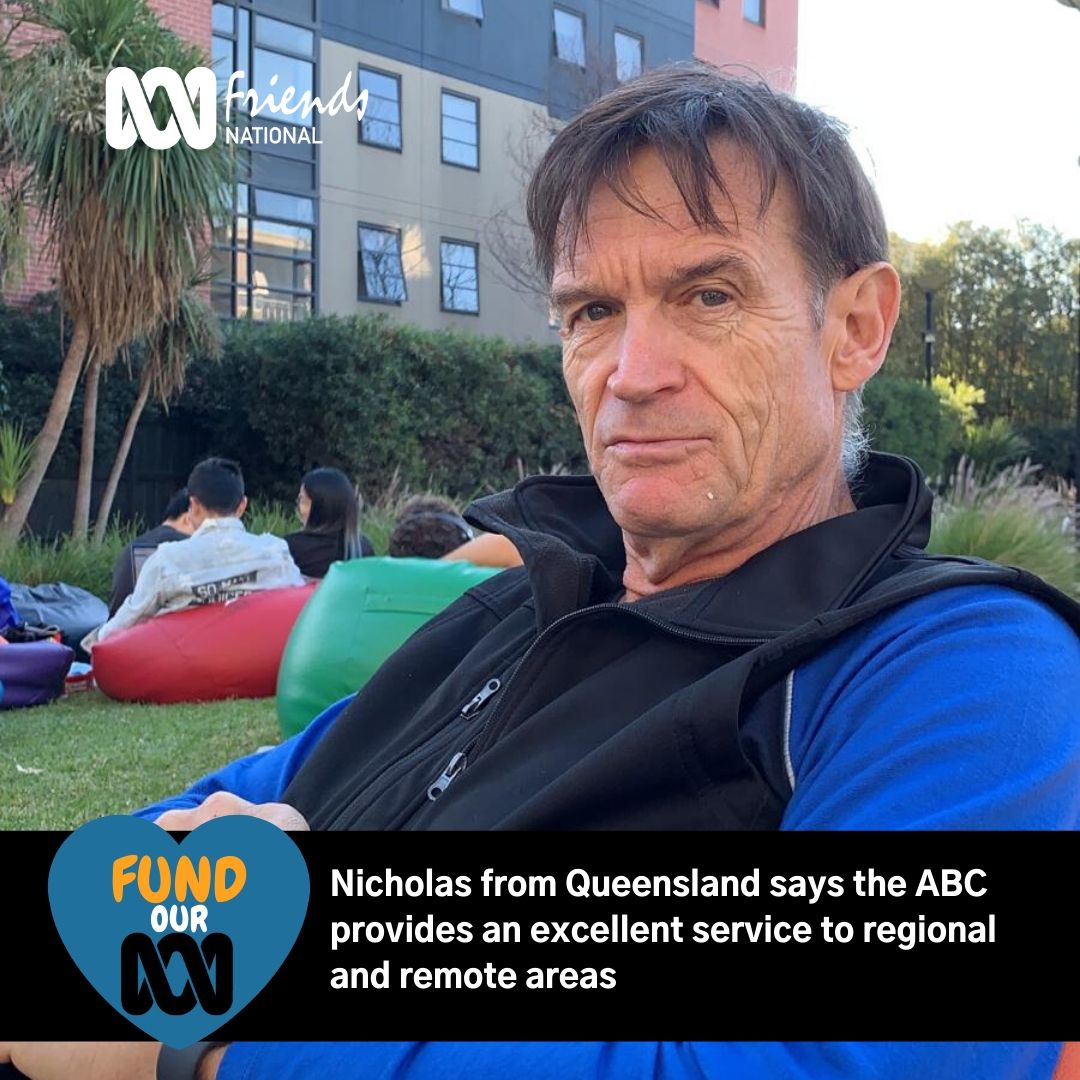 The ABC is important as it brings the Australian community together and is inclusive. The ABC provides informed, thoughtful analysis based on facts rather than the opinions of commentators or celebrities. It is held accountable for its content and balance unlike most other media services. The quality of the reporting by the ABC is tangibly superior to any other new and current affairs service in Australia.

The ABC provides excellent to regional and remote areas and is rightly the most trusted media service in Australia. 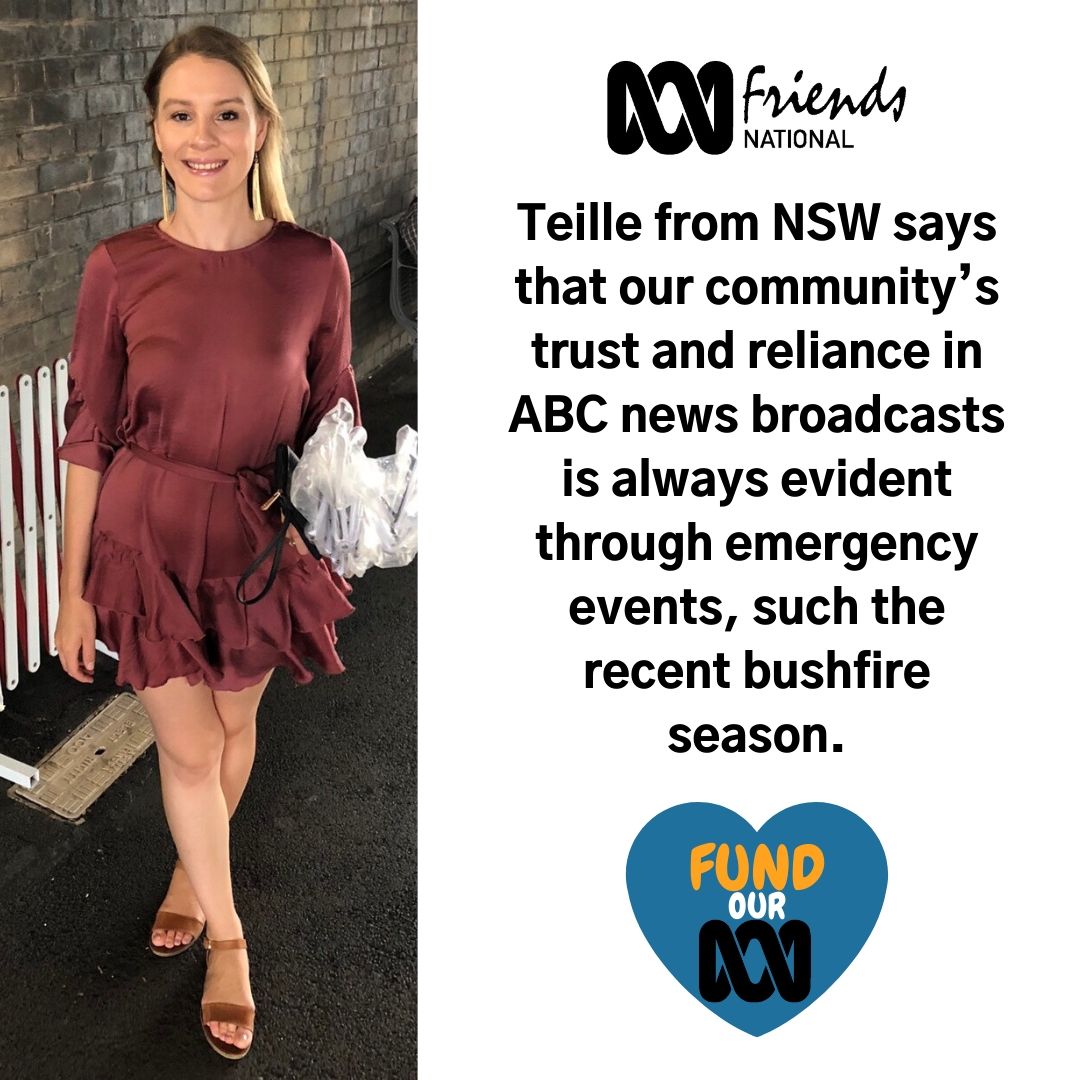 I value the ABC for providing reliable and relevant news every day. Australian’s are very lucky to have the ABC as a news source. Our community’s trust and reliance in ABC news broadcasts is always evident through emergency events such the recent bushfire season.

The ABC is also so important to me as it shares Australian stories and culture. I love so many ABC radio shows, podcasts and TV shows. Producing these stories is important for the Australian identity and provides a representation of Australian life which I am so proud of. 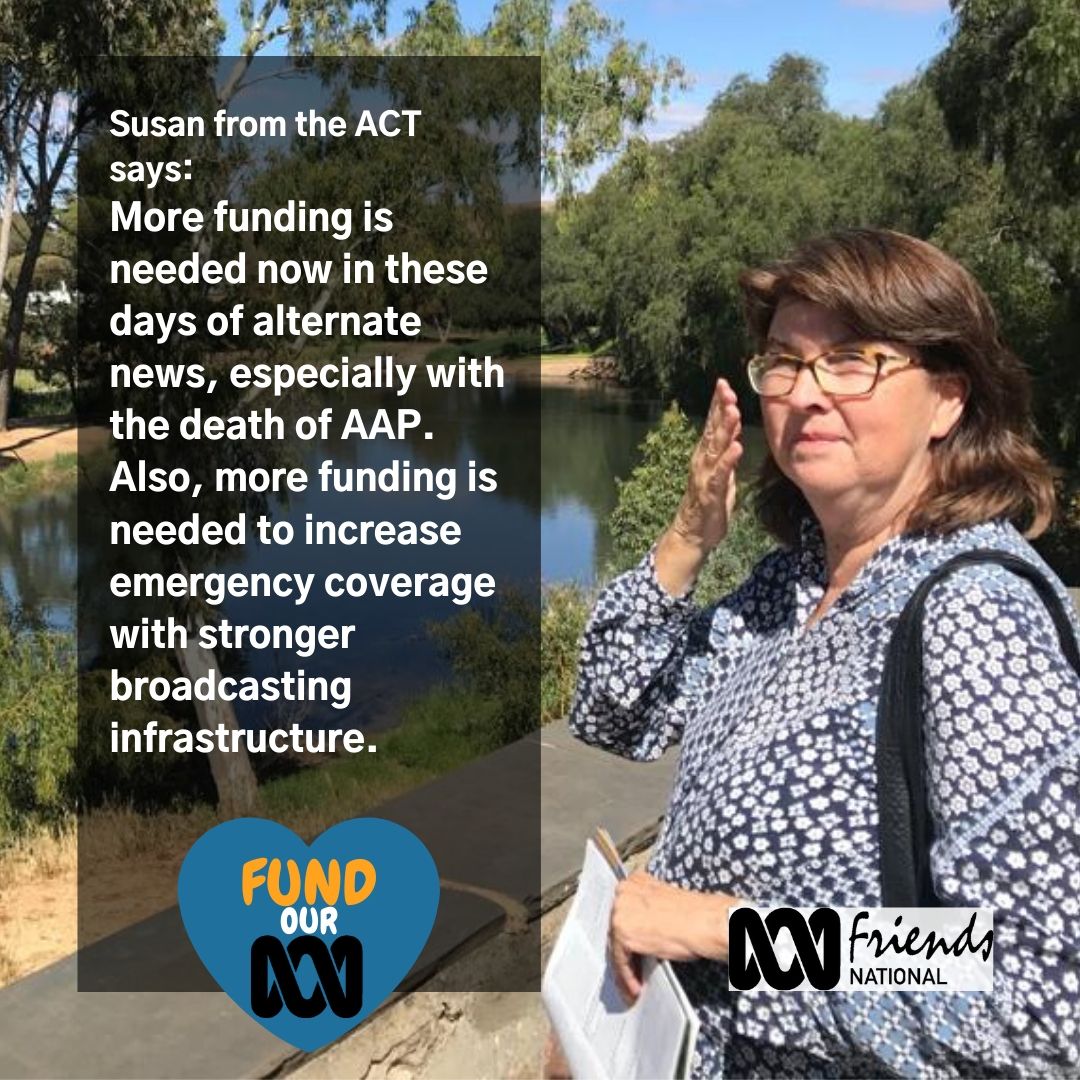 Susan from the ACT says:

For many years I lived overseas and pined for the ABC. I learnt from that experience that I relished Australia’s national broadcaster for its depth of information, for covering the issues that I cared about and for its valiant attempts at impartiality. Overseas, and here, the sheer self interest of commercial radio and TV appalled me. The banality of Fox v CNN should never be allowed to happen here - and it doesn’t as there is a great alternate information source.

I am grateful for the exposes which Four Corners and 7.30 have made over the years- there should be many more. I am so glad my children grew up with Playschool and now my grandchildren with Playschool and Bluey. I am stimulated by the splendid dramas which reflect our issues and are never bettered by Streaming Services. I have been delighted by the humour of 702 particularly Richard Glover and co. I am forever in the ABC’s debt for emergency coverage during this summer from hell. I love the ideas presented in areas that I would never hear otherwise. I am comforted by the joy of NLL most nights as I go to sleep!

More state funding is needed now in these days of untrustworthy alternate news, especially with the death of AAP. More money is essential to increase emergency coverage with stronger Broadcasting infrastructure. More funding is needed as we need to battle many adversities with a stronger sense of Australian identity.