Posted in Latest news from ABC Friends on 12 August 2019

Posted in Latest news from ABC Friends on 12 August 2019

The directive announced by Minister for Home Affairs, Peter Dutton, that the Federal Police should only consider national security when targeting journalists is the first step in restoring Australian Media Freedom. 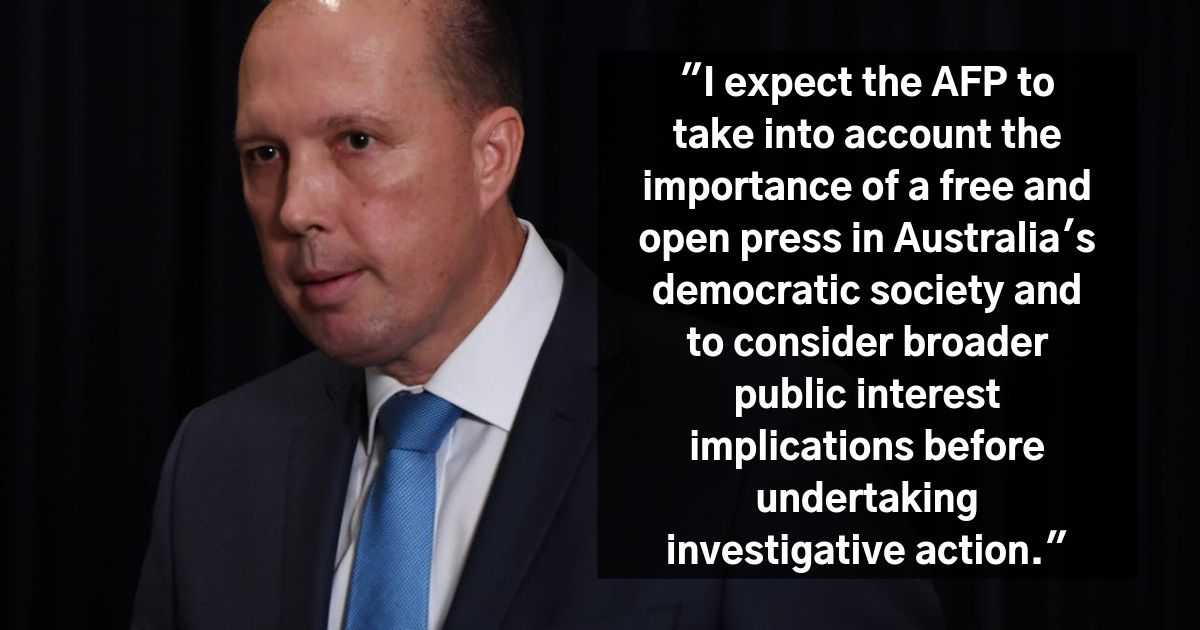 The Home Affairs Minister has ordered the Australian Federal Police (AFP) to consider the importance of press freedom before investigating journalists who publish classified material.

The statement sends a clear signal to both the Australian Federal Police (AFP) and heads of departments and agencies, that recent raids on journalists about unrelated material already in the public domain have been damaging to Australia’s reputation.

ABC Friends National President, Margaret Reynolds, said “Minister Dutton and his government have heard the message from both the local community and indeed from overseas countries where it is expected Australia will be a leader in upholding media freedom and citizens right to information.”

She said “ABC Friends have been overwhelmed by the response from its members and supporters around Australia in recent months and thanks them for making direct contact with Members and Senators to reinstate protection of journalists and whistle blowers.”

While Minister Dutton’s directive is a welcome start, there remains much to be done to rebuild trust in our media freedom protocols. With two parliamentary enquiries underway there will be considerable opportunity for decision makers and the community to engage in broad debate about the best way to promote high standards of Australian media freedom.