Greens pledge $300m for our ABC

Greens pledge $300m for our ABC

Every dollar that has been cut from the ABC since 2013 would be restored under Australian Greens policy. 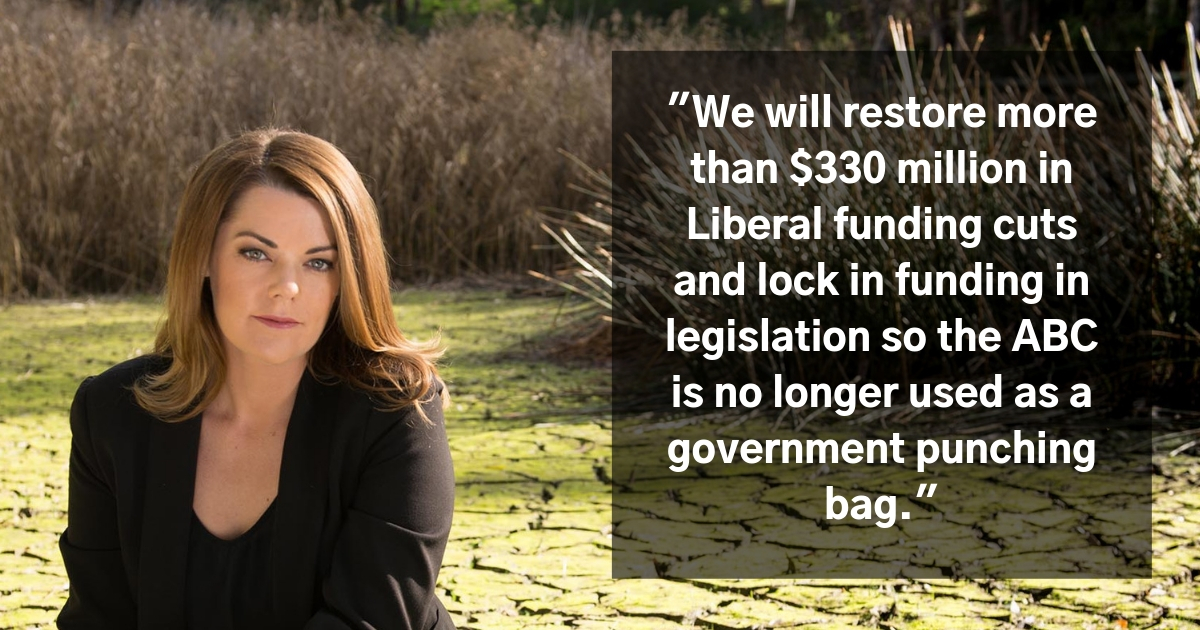 "We will restore more than $330 million in Liberal funding cuts and lock in funding in legislation so the ABC is no longer used as a government punching bag, no matter who is in the Lodge,” said South Australian senator Sarah Hanson-Young.

In a bid to “secure its “editorial independence”, the Greens plan to enshrine the ABC’s Nomination Panel in legislation and demanding board nominees to come before the Senate Standing Committee on Environment and Communications.

They have also proposed an audience-appointed board member, “reflecting the role of ABC viewers as the critical stakeholder in our public broadcaster”.

HELP US MAKE THE ABC CENTRAL TO THE ELECTION CAMPAIGN!