Posted in Latest news from ABC Friends on 03 March 2021

Posted in Latest news from ABC Friends on 03 March 2021

ABC Friends has continually reminded our members and supporters that the national broadcaster is an essential service because we all remember its vital role during those devastating bushfires and then its promotion of health advice during the pandemic. 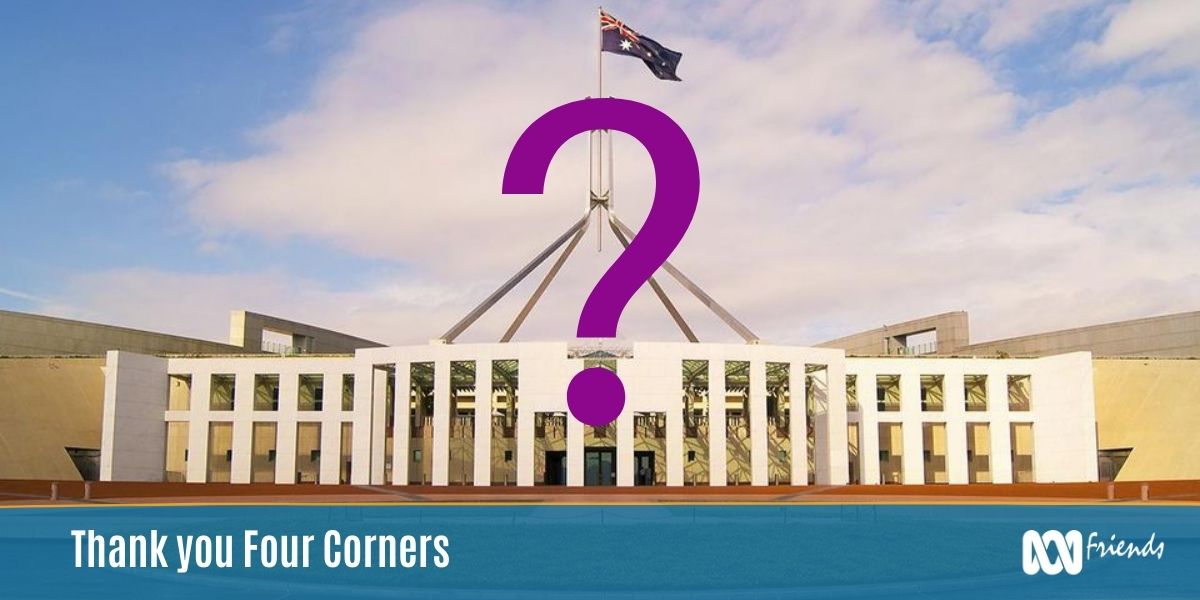 However, the ABC is also essential for its investigative reporting of major social policy issues that too frequently are hidden from public view.

The ABC TV program Four Corners has a long and proud record as a major influencer in exposing a range of public policy failures. Would national political leaders have called major inquiries and royal commissions into juvenile detention, disability services, the banks and aged care without the close scrutiny and subsequent reporting of the Four Corners team? Australians ultimately benefit when bad practice is revealed and follow up investigation recommends how public policy must change.

In November 2020 Four Corners focused on a toxic culture within the National Parliament. A number of government members were outraged that standards of behaviour were being questioned. Indeed it is understood that there were strenuous efforts by government members to prevent the program being aired. On the very evening of this program a Senate Estimate hearing was diverted by loyal government foot soldiers determined to silence the national broadcaster. Even the Minister for Communications, Paul Fletcher leapt to the defence of certain miscreant colleagues demanding that the Chair of the ABC, Ita Buttrose take decisive action against the Four Corners team.

Yet within just a few months the questions raised by that program are again at the centre of national political debate as further allegations of sexual assault are made and the Parliament itself is revealed as failing to provide a safe workplace for women.

Many Australians are wondering what would happen if a young man had been found by Parliament House security staff after an unknown physical attack. We assume that both ambulance and police would have been called immediately. The injured male would have been taken to hospital and his condition fully assessed and treated. Such a serious assault would have been publicly reported together with an urgent official investigation into this breach of security by an unknown assailant, who potentially could be a threat to others.

Yet two years after comparable circumstances a young woman, Brittany Higgins finds she must speak publicly about her ordeal, because she was not given essential support. She was left alone for several hours with no assistance or medical care. There were no female security staff nor police called to provide the fundamental advice normally given to victims of sexual assault. Is the Parliament exempt from providing rape counselling by professionally trained staff?

How do we start to explain this blatant double standard of response that would have passed unnoticed had Brittany not decided to speak out and demand that the Parliament and the Government hear her complaint which has been hidden since 2019?

Further accusations about a senior minister suggest that the original investigation by the Four Corners program was timely and certain government members should now be embarrassed about their role in attempting to censor this particular program.

All governments will be nervous about media revelations that question effective public policy or ministerial behaviour, but the ABC provides this essential service because public broadcasting is required to act in the national interest. Australians need to know why and how government decisions are made and who is responsible when policies fail or when ministers avoid accepting responsibility.