Is Australian press freedom on the political agenda?

Posted in Latest news from ABC Friends on 02 July 2019

Is Australian press freedom on the political agenda?

Posted in Latest news from ABC Friends on 02 July 2019

As the Federal Parliament begins work today it is worth asking: Is Australian Press Freedom on the Political Agenda? 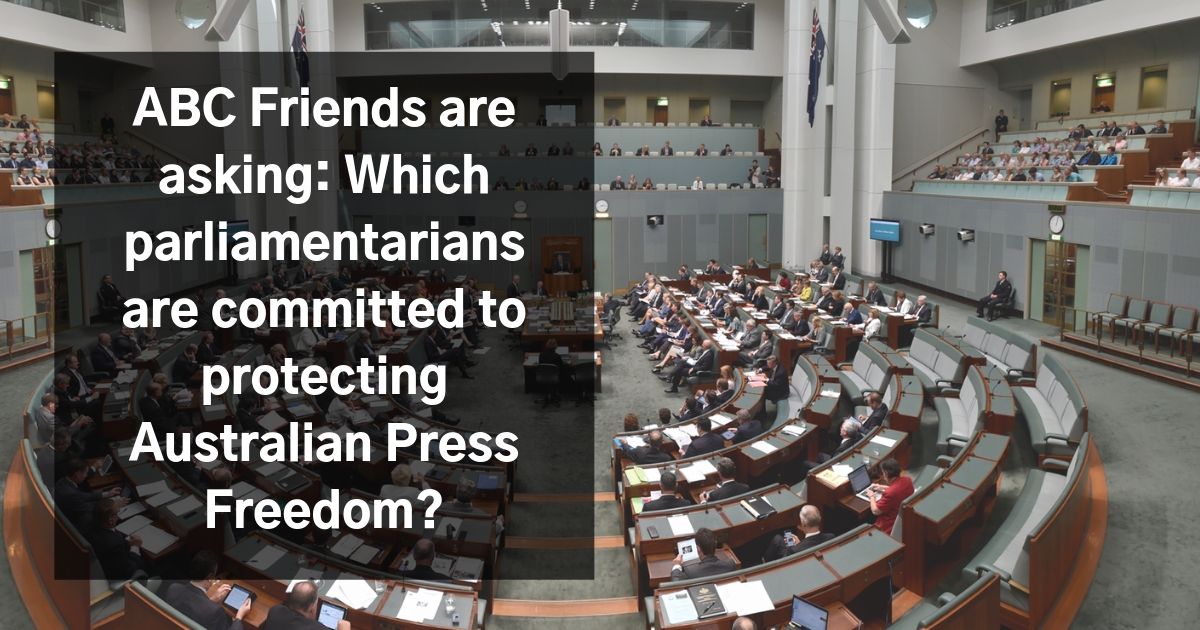 Tax cuts and refugee health care are important, but so too is the response of the new government to recent Australian Federal Police raids on the ABC’s Headquarters and a NewsCorp journalist’s home.

While the Prime Minister, Scott Morrison, has acknowledged community calls for legislative reform, to date there has been no official word from new Communications Minister Paul Fletcher.

Will there be an official statement to Parliament detailing the government’s response?

Will the Minister for Home Affairs, Peter Dutton, detail the procedures taken to allow the AFP to disrupt a home and challenge the independence of the public broadcaster?

Will any parliamentarian speak out demanding an enquiry?

Is press freedom legislation being planned to protect journalists’ and whistle-blowers’ rights?

ABC Friends National has received hundreds of messages from concerned Australians who have already contacted their local members and senators demanding action.

Will all those letters be tabled in the House of Representatives and Senate?

So, at the start of this parliamentary term, it is essential that we ask ….

Which parliamentarians are committed to protecting Australian Press Freedom?

ABC Friends National will be monitoring parliamentary debate and keeping our members and supporters informed.