Posted in Latest news from ABC Friends on 25 January 2021

Posted in Latest news from ABC Friends on 25 January 2021

Many congratulations to Phillip Adams and his team as ABC Radio celebrates thirty years of Phillip presenting Late Night Live. 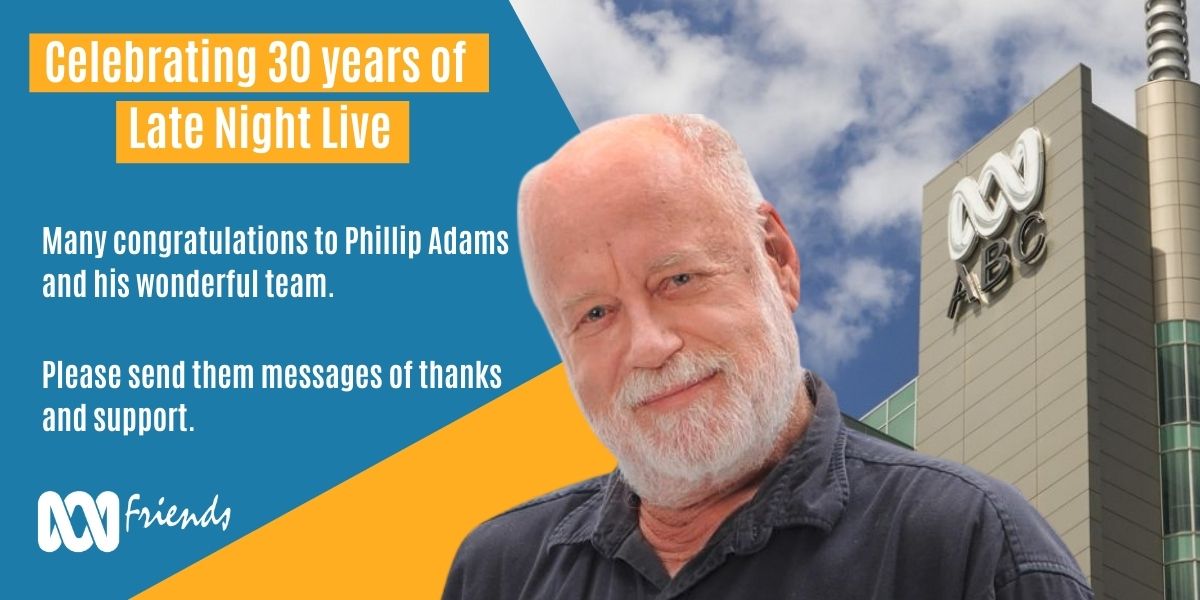 This program has been Australia’s favourite because it has put us in touch with current affairs on a regular basis at a time when we can focus on in depth interviewing.

The program has explored so many issues and events over the past thirty years as Phillip Adams has delved into the highs and lows of world politics, controversial debates and human drama.

Where would we be without our ABC?

And where would we be without that well known voice of Phillip Adams challenging us to see the world and indeed ourselves in new ways.

Thank you Phillip for all those hours of essential listening which have been so vital in keeping us well informed.

You can send Phillip and the team a message of thanks or support here.