The Liberal heartland has shown, yet again, that they will rally, when ‘their’ ABC is under threat. 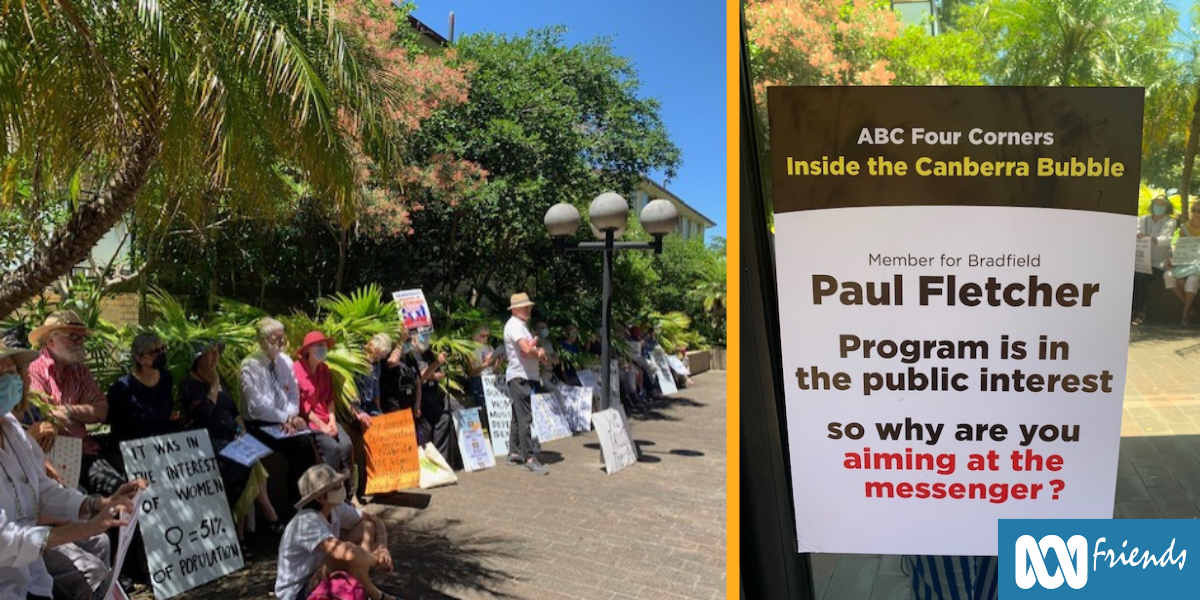 Over 80 northern Sydney residents rallied outside Minister Fletcher's Bradfield electorate office, Lindfield on Monday 7 December, 2020 in response to his recent letter of complaint sent to the ABC Board regarding the Four Corners program ‘Inside the Canberra Bubble’.

Before the formal speeches began, the crowd spontaneously began chanting - ‘GET YOUR HANDS OFF OUR ABC’ indicating how incensed they were about Minister’s Fletcher’s punitive and hostile letter to Ms Ita Buttrose Chair of the ABC Board. 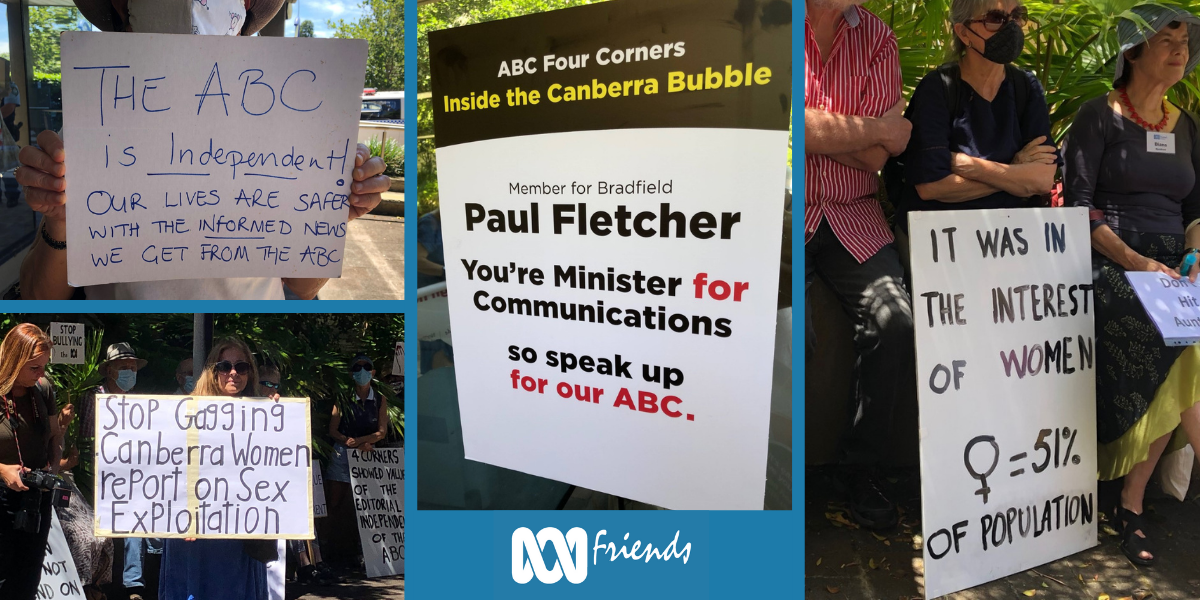 A mosaic of four different protest signs from the rally

"Even Liberal Senator Concetta Fierravanti-Wells, Liberal Senator, acknowledged on the Four Corners ‘Inside the Canberra Bubble’ that whether you’re the first law officer, or the prime minister there is an expectation to conduct oneself with the highest degree of integrity”, said Janine Kitson, Convenor, Northern Suburbs of Sydney Branch of ABC Friends.

Ms Abigail Boyd, NSW MLC put the case that Australia’s democracy was seriously threatened by the recent actions of Minister Fletcher who had put the interests of his own political party before the independence of the ABC.

Ms Rose Jackson NSW MLC described herself as ‘a child of the ABC’.  Ms Jackson’s mother was the acclaimed Four Corners journalist Liz Jackson.  Rose Jackson reiterated the view that Mr Fletcher had a statutory obligation to protect the editorial independence of the ABC and it was inappropriate of him to use his Office to complain on behalf of his cabinet colleagues.

Margaret Reynolds, President, ABC Friends President shared her concern about Minister Fletcher’s behaviour in a message that read aloud said “Paul Fletcher behaves as if he is in control of a government run broadcasting service that will promote and protect the Liberal Party”. 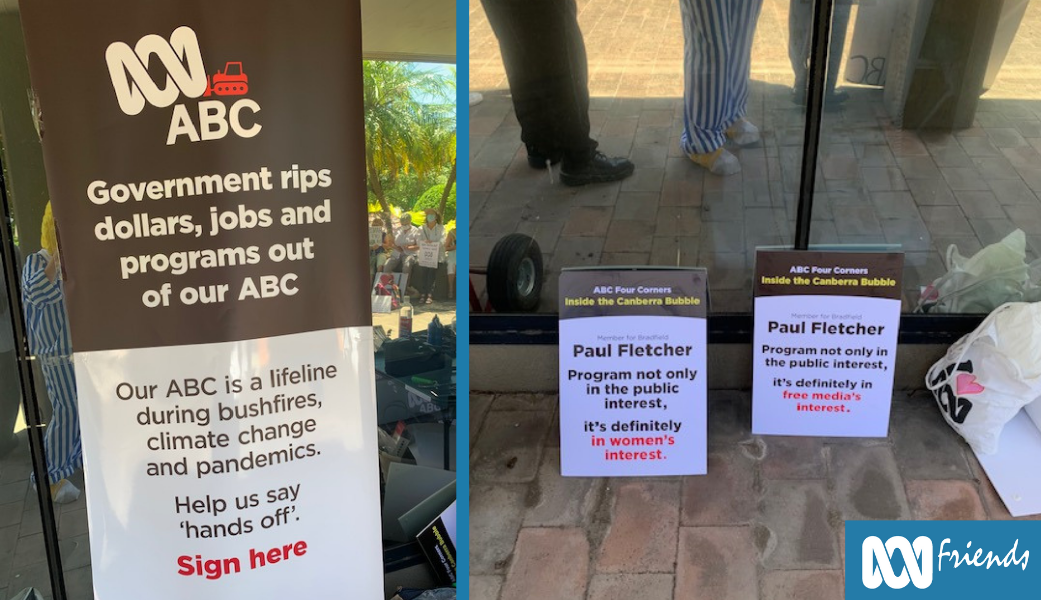 Mr Chris Haviland, 2019 Labor candidate for Bradfield and advocate for the ABC recounted the many times the ABC had exposed misdemeanours on his side of politics.

Mr Haviland also noted that Shadow Communications Minister Michelle Rowland MP had put a question on notice to Paul Fletcher, as MP for Bradfield as to why he had refused to meet with his ABC Friends constituents.

Quentin Dempster, public broadcaster advocate, sent a message of thanks to the ABC Friends for assembling outside Mr Fletcher’s electorate office in protest over his hostile attacks on the ABC’s independence.

The rally concluded with the Northern Suburbs of Sydney Branch of ABC Friends delivering an ABC Friends 2021 calendar to Mr Fletcher’s Office in the hope that he might begin the New Year acknowledging the importance of the ABC for Australia’s democracy, health and safety - following a year of catastrophic bushfire, global pandemic and disinformation.

Left: ABC Friends delivering an ABC Friends 2021 calendar to Mr Fletcher’s Office. Right: Close up of the calendar with a handwritten message from Northern Suburbs of Sydney Branch of ABC Friends

“Sadly when we took the calendar to his office, Mr Fletcher’s Office glass doors had locked us out. Instead we had to slide the ABC Friends 2021 calendar under his doors. I hope this is not a sign that Mr Fletcher will allow democracy to slide to new lows in the New Year,” concluded Janine Kitson.