The Federal Government needs to listen to Ita

Posted in Latest news from ABC Friends on 10 June 2020

The Federal Government needs to listen to Ita

Posted in Latest news from ABC Friends on 10 June 2020

As job cuts loom, the Federal Government needs to listen to Chair of the ABC Board, Ita Buttrose's, concerns about ABC funding levels. 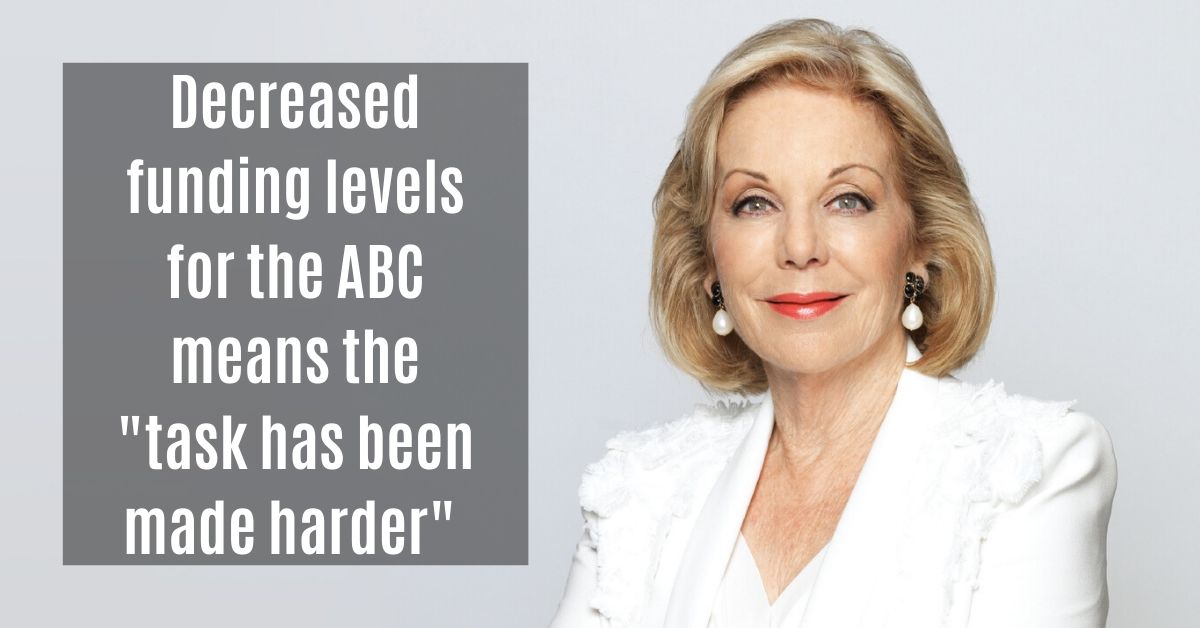 ...our task has been made harder by the imposition of the three-year indexation freeze which comes on top of a $60 Million cut now embedded in our base.

Despite Federal Government relying on their spin doctors to pretend the ABC is well funded, the ABC Board Chair herself has clearly identified the problem.

She acknowledges that the ABC "will operate within our funding envelope," but clearly Australians recognise that staffing, services and local content will continue to suffer as several administrations have downgraded the importance of public broadcasting.

What is surprising is that the Federal Government has so little regard for public opinion when it comes to support for the ABC, which is so valued by an overwhelming majority of Australians.

Even when the ABC shines during recent national emergencies of bushfire devastation and the pandemic crisis, there is little applause from senior levels of government. In February it was the Senate that unanimously recognised the significance of the ABC’s role as an emergency broadcaster.

The Federal Government itself is more interested in funding commercial interests in the Pacific and regional Australia than restoring funding which has been selectively removed from the national broadcaster.

It's time that voters around Australia showed that they do not expect partisan politics to dictate funding of the ABC, which is an essential service for all Australians.

The Federal Government must to listen to Ita Buttrose, ABC Board Chair who understands that significant funding HAS BEEN cut to the ABC and Australians expect the government to fulfil their responsibilities to public broadcasting.

The ABC needs Friends. If you value our ABC as an essential service, join ABC Friends and the campaign to Fund Our ABC.