Margaret Reynolds on why we must Defend Media Freedom

Margaret Reynolds on why we must Defend Media Freedom

This is an excerpt of a speech given by Margaret Reynolds at the 2019 Defend Media Freedom forum hosted by ABC Friends Tasmania. 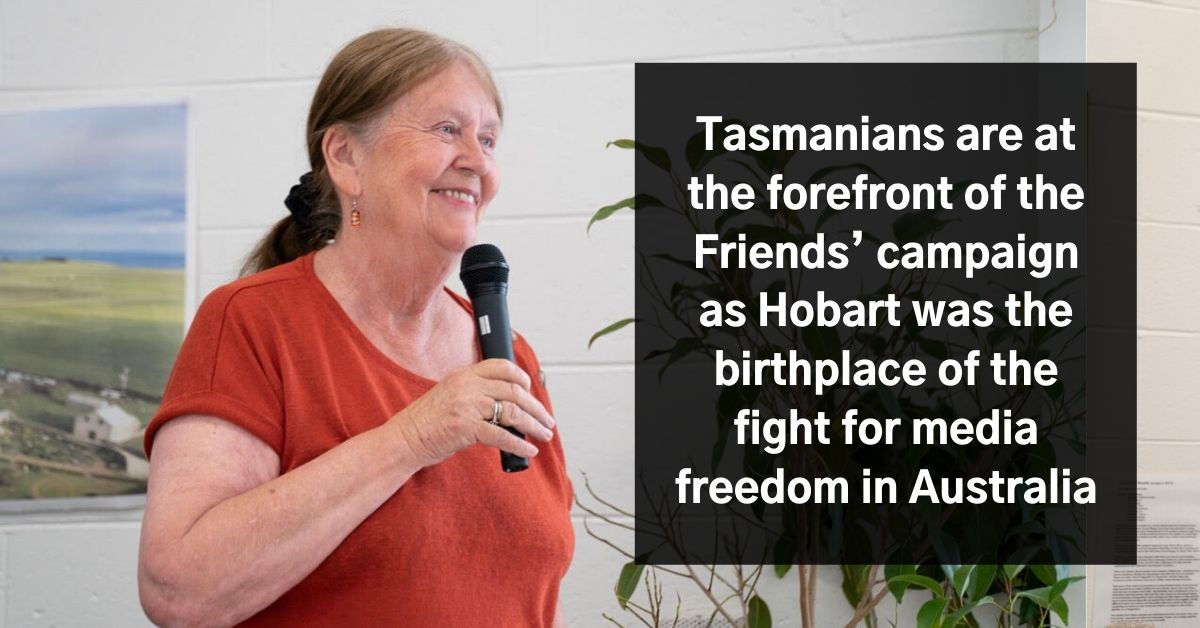 Margaret Reynolds is President of both ABC Friends Tasmania and ABC Friends National. Margaret held two ministerial appointments during her time in the Senate, serving as Minister for Local Government from September 1987 to April 1990 and as Minister assisting the Prime Minister for the Status of Women from January 1988 to April 1990. She retired from federal politics in 1999, and went on to lecture in politics and international relations at the University of Queensland. In 1995, Reynolds published a book titled The Last Bastion: Labor women working towards equality in the parliaments of Australia, which is a compilation of biographical details about ALP women from the Party's inception till the year it was published. A further book, Living Politics, was published by University of Queensland Press in 2007.

I will give you a brief outline of what the Friends have been doing as part of the wider media freedom campaign.

We jumped in quickly after the raids, contacting all of our members and supporters urging them to respond if they wanted to be Defenders of media freedom.  The response from Tasmania was phenomenal and those responses have formed a critical part of our campaign literature and our submission to the Senate Parliamentary Inquiry into Media Freedom.

We then asked each of them to contact their local member.

We are also organising forums like this one around the country, the most recent in Western Australia.

And a bit of history …..  For those of you not familiar with the life of Andrew Bent, we have produced a flyer (below) with his biography.  In 1824 he challenged Colonial Governor Arthur’s right to censor the news in the Hobart Town Gazette. Bent was subsequently gaoled for his determination to present news free of government interference.

It is appropriate that we Tasmanians are at the forefront of the Friends’ campaign as Hobart was the birthplace of the fight for press freedom in Australia.