Senator Nick McKim on why we must Defend Media Freedom

Senator Nick McKim on why we must Defend Media Freedom

This is an excerpt of a speech given by Senator Nick McKim at the 2019 Defend Media Freedom forum hosted by ABC Friends Tasmania. 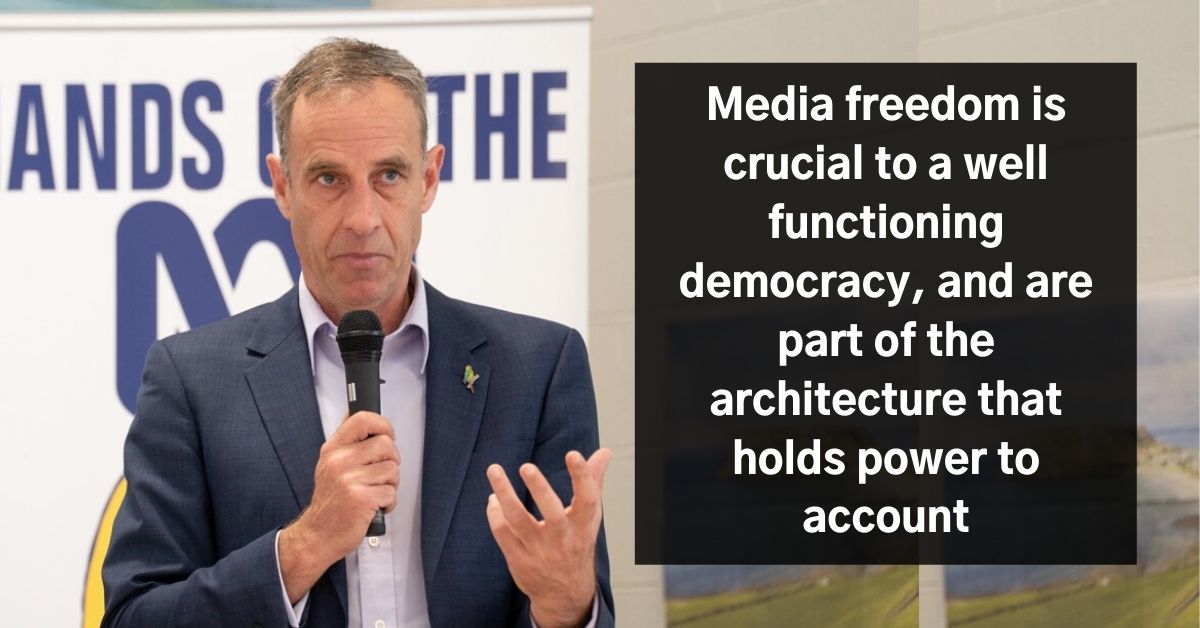 Nick McKim is an Australian Greens Senator for Tasmania and the party’s spokesperson on Justice and Digital Rights. Nick is one of Parliament’s leading voices against ever-expanding government powers under the cloak of ‘national security’. He recently helped to establish a Senate Inquiry into press freedom and whistleblower protections.

I will focus today on the current Your Right To Know campaign.

Media/press freedoms are crucial to a well-functioning democracy and are part of the architecture that holds power to account. So they need to be not unreasonably fettered. The current situation has a chilling effect on those who seek to provide us with information that should be in the public domain. And it is not just about press freedom; it is also about whistleblowers.

In the past 20 years, over 200 pieces of legislation have been passed at Federal, State and Territory levels that act to take away our rights. And all have been passed with every single vote from every single major party. Here I give a shout out to Andrew Wilkie, one of the very few who, along with the Greens, votes against these erosions of our freedoms.

We need to look at the role of the Parliamentary Joint Committee on Intelligence and Security. It is a closed shop, meeting behind closed doors with representation from the Liberals and Labor only. Everything comes out of there with bipartisan support and then becomes law. This leads to the problem we are here to discuss, erosion of press freedom, but that is not all these laws do.

We have to note the hypocrisy of some in supporting this campaign and we have to name News Corp. They cheered these laws all the way. They are a part of the problem, but I am glad they are part of the campaign.

We also need to look at the behaviour of the Australian Federal Police (AFP). There were two significant reports based on leaks published in the Australian prior to the raids - the one by Annika Smethurst reporting discussions of new powers for the Australian Signals Directorate, allowing them to spy on Australian citizens for the first time, and one reporting Departmental advice suggesting that the Medivac Bill would effectively dismantle offshore detention, boosting the Government’s position on the Bill.  The AFP investigated one only.

You will be aware of the new metadata law that means our Internet Service Providers are required to keep our data for two years and that it can be accessed without warrant by intelligence agencies.  When this law was first proposed, it included journalists’ metadata. An out clause for journalists was successfully argued. Thus the media’s self-interest was addressed; so they went quiet on the laws after that.

This is a warning for us about potential Government responses to the Right to Know campaign. We need solutions/responses that are about all Australians, not just media self-interest. We need a Charter of Rights.