Posted in Latest news from ABC Friends on 29 October 2020

Posted in Latest news from ABC Friends on 29 October 2020 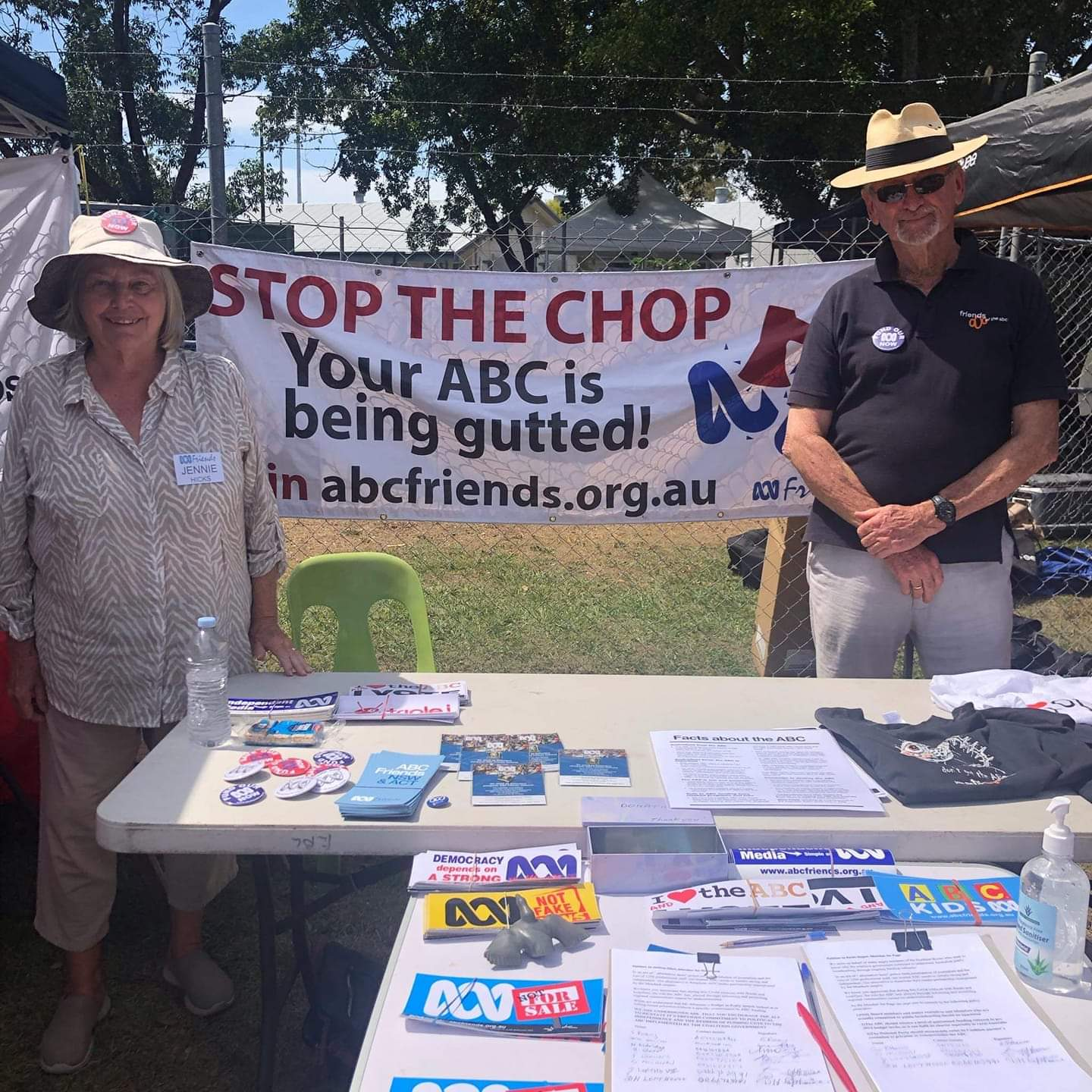 They encouraged people to sign a petition to their Federal Member of Parliament, urging them to support an independent and properly funded ABC. Ballina Market is a small, friendly country affair, so Peter and Jennie were pleased to get more than 30 signatures to both the MPs (Justine Elliot, ALP and Kevin Hogan, National).

Following the NSW & ACT AGM on 24th October, Jennie was elected to the State Committee, bringing a regional perspective to our strategies.