Posted in Latest news from ABC Friends on 11 November 2019

Posted in Latest news from ABC Friends on 11 November 2019

ABC Friends NSW & ACT will be holding an awards night to celebrate great journalistic work in what has been a very difficult year. 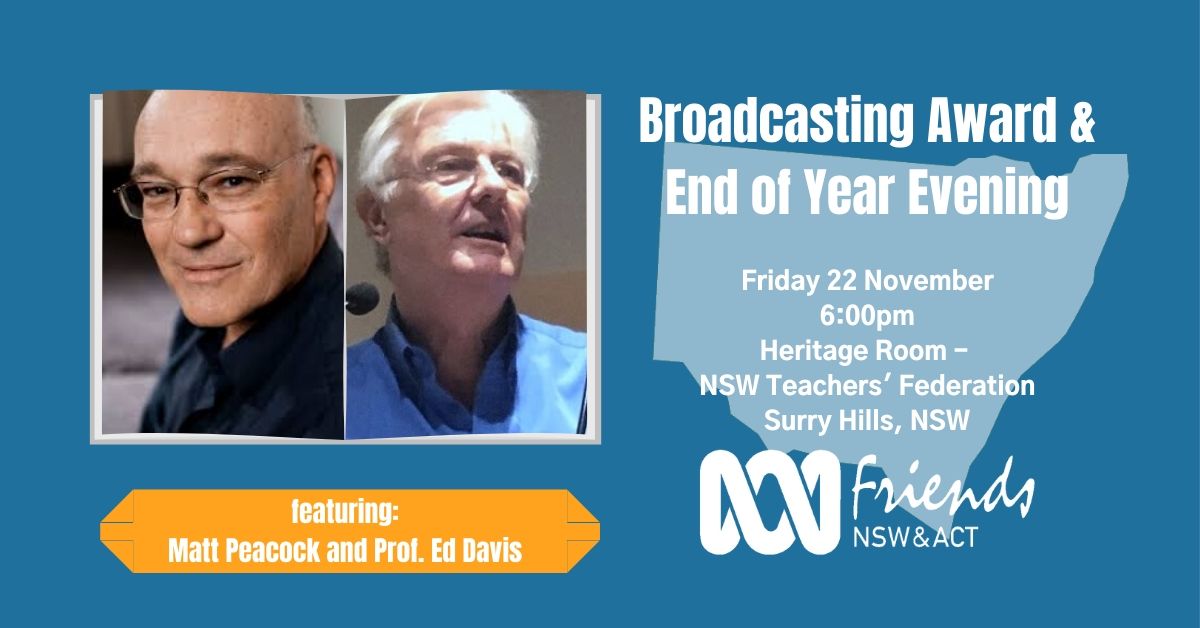 This year the award is to be presented to the journalist recognised for his sterling work in the James Hardie asbestos scandal, Matt Peacock. In his decades with the ABC, Matt has served on the ABC Board as the Staff-elected Director after the government finally re-instated the position.

Matt Peacock will also speak on the night about his successful efforts to establish ABC Alumni, and the work that they have done since its inception.