Posted in Latest news from ABC Friends on 15 August 2019

Posted in Latest news from ABC Friends on 15 August 2019

The Sydney Mechanics School of Arts have kindly invited ABC Friends NSW President and National Vice President to give a talk on the challenges facing the ABC. 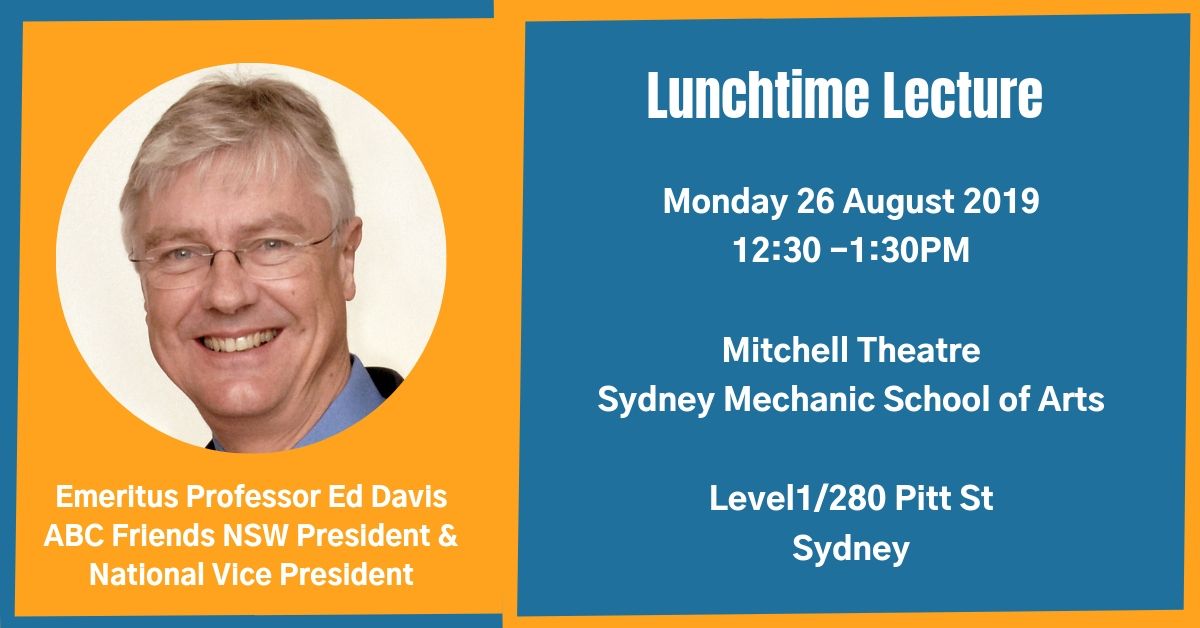 The ABC is one of Australia’s most popular and trusted institutions, but it is under threat after dire funding cuts with more even ahead. There is pressure for its sale and it faces a massive challenge from tech giants such as Facebook, Amazon, Apple, Google and Netflix.

At stake is the ABC’s provision of high quality information, education and entertainment, essential for the health of Australian democracy.

ABC Friends NSW President and National Vice President Emeritus Professor Ed Davis AM has been invited by the Sydney Mechanics School of Arts to discuss what can be done to defend and maintain strong, independent public broadcasting.

Professor Ed Davis is Emeritus Professor in the Faculty of Business and Economics at Macquarie University. He is an economist who specialised in industrial relations. In 2006 he was appointed a Member in the General Division of the Order of Australia.