Posted in Latest news from ABC Friends on 31 July 2012

Posted in Latest news from ABC Friends on 31 July 2012 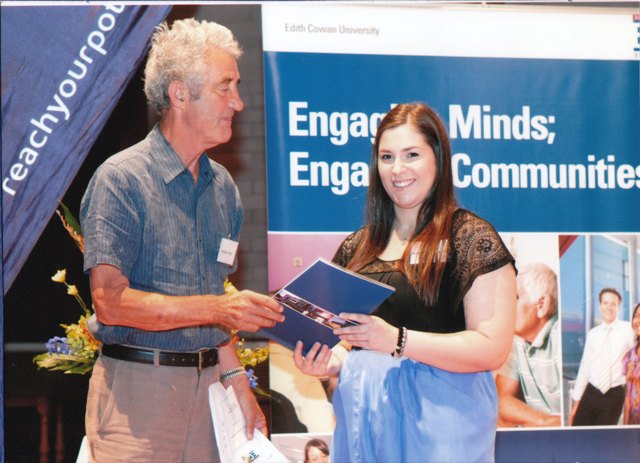 The Committee at that time decided to allocate part of the bequeathed funds to sponsoring an annual award for investigative journalism in association  with the Edith Cowan University. A sum of $500 and complimentary membership of Friends of the ABC WA for one year is awarded to the student chosen by the University who demonstrates academic excellence and achievement in investigative journalism.  The winner for this year is Amanda Zampogna.  She is pictured above receiving her Award from Lindsay Smith, VP of FABCWA.