Where is the plan for transmission?

Posted in Latest news from ABC Friends on 11 October 2022

Where is the plan for transmission?

Posted in Latest news from ABC Friends on 11 October 2022

In our Budget submission, ABC Friends are calling on the government to put together a plan that ensures that vital services that the ABC provides are accessible to all Australians. 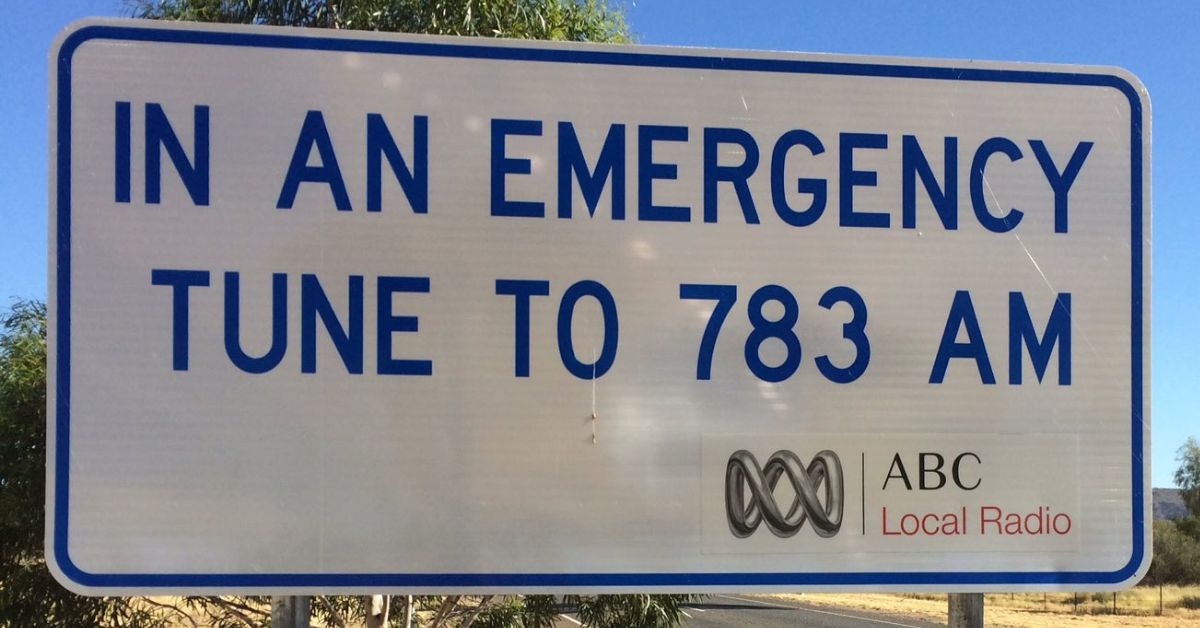 The ABC’s radio and television services are accessible to most Australians via a network of transmission towers across the country. However, these transmissions do not reach many remote populations in inland Australia.

It is important for the health of our democracy and equitable access to information that the ABC fulfils its Charter to inform, educate and entertain Australians.

All Australians must be able to access ABC and SBS services free or at minimal expense.

As the impacts of climate change become more pronounced, extreme weather events will become more common and more severe. The ABC’s role as emergency broadcaster will become increasingly important in saving lives and property. This vital service must not be impaired by either inadequate funding or inadequate provision of transmission infrastructure.

As climate change impacts lead to more extreme weather events, the ABC’s role as emergency broadcaster has never been more important. We need a plan to fill any gaps in transmissions. #Budget2022 #ClimateImpacts #auspol

What are the costs?

The main footprint of ABC programming is transmitted under contract by BAI Communications, via transmitters previously owned by the Commonwealth. The ABC pays BAI around $190 million, 18% of its total revenue, for this service delivered by a monopoly private interest.

In many areas outside the main footprint of the ABC’s signals, its radio and TV transmission depends on the re-transmission of signals across some 200 smaller localised towers. A myriad of businesses and organisations pay for booster re-transmission towers to get signals into their areas and the maintenance of many sites is funded by local councils, Aboriginal Corporations and mining companies.

The most important re-transmitter for ABC TV is Regional Broadcasting Australia Holdings (RBAH). RBAH is no longer prepared to fund the ongoing repair, upgrade and maintenance of the ABC and SBS transmission services without any financial contribution from the national broadcasters or federal government. Some regional areas have already lost ABC/SBS signals for a period of time due to RBAH seeking compensation for maintenance costs.

Almost 20% of the ABC’s budget already goes to radio and TV transmission expenses, but until recently it has not been asked to fund the costs of re-transmission. Any requirement for the ABC and SBS to cover the maintenance costs of its re-transmitters will increase the financial burden on the public broadcasters, putting additional pressures on their limited operational funding and jeopardising rural and regional communities’ access to services.

Communities across northern Australia lost access to essential communications when shortwave radio was disbanded, and the subsequent closure of the three NT transmitters spelt the end of all ABC high frequency broadcasts. The ABC argued that affected listeners could use the Viewer Accessed Satellite Television (VAST) which carries ABC radio. However, this technology is expensive, affected by weather conditions, and is not available to people in remote areas while they are travelling or working in vehicles or boats. As compensation the ABC gave a few VAST satellite receivers to 4WD radio clubs.

What needs to happen?

We recommend that the government develop a comprehensive plan to address the shortcomings in current piecemeal transmission arrangements and guarantee that all Australians have access to ABC broadcasting, especially in emergencies. Decisions should be made following consultations with the affected communities and an investigation of the feasibility of all possible options, including digital radio transmission and reopening the NT transmitters. Consideration should be given to returning transmission infrastructure, which is an essential service, to public ownership.

ABC Friends also urges the government to ensure that the costs of maintaining re-transmitters are not borne by the ABC or SBS.

This is an excerpt from our 2022 Budget Submission. You can read the full version and add your voice by endorsing it here.