The Prime Minister, Scott Morrison, must immediately pledge support for public broadcasting now and in the future – and instruct all Coalition candidates that privatisation of the ABC is NOT his policy. 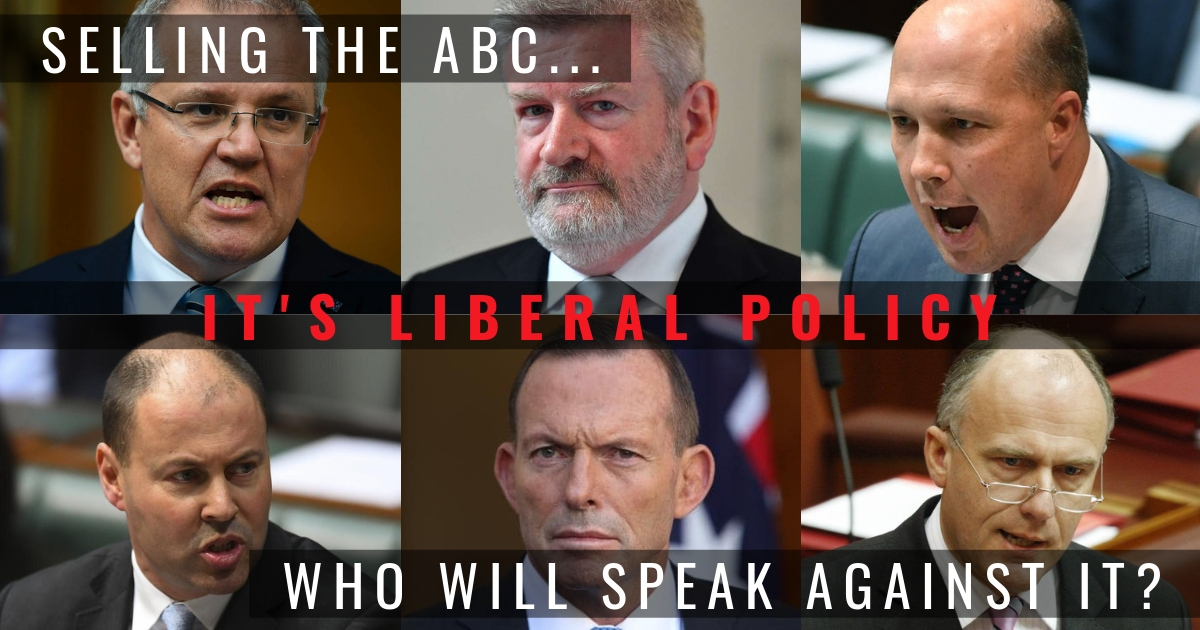 Since the Liberal Party National Council overwhelmingly supported a motion to privatise the ABC in July 2018, no one from his Cabinet has stated their determination to change that policy position nor that the Liberal Party will not pursue this decision if returned to government.

Now that the IPA has put its conservative manifesto back on the election agenda, it is essential that Scott Morrison commits the Coalition to supporting a properly-funded, independent Australian public broadcasting.

Donate to our Election Fund

Already both Opposition Leader Bill Shorten and Greens Leader Richard de Natale have pledged their support and made announcements of additional funding. Independents like Andrew Willkie, Rebekah Sharkie, Tim Storer, and Kerryn Phelps have been strong advocates for the ABC in the parliament.

Voters must know if a vote for a Coalition candidate will lead to the destruction of the ABC. A clear commitment is required from the Coalition Government.

Margaret Reynolds, ABC Friends National President, and ABC Friends are working in marginal seats around Australia to tell voters to "vote for the candidate you trust with your ABC.”