ABC Friends welcome the recently released findings from the Senate Inquiry into allegations of political interference in the ABC. 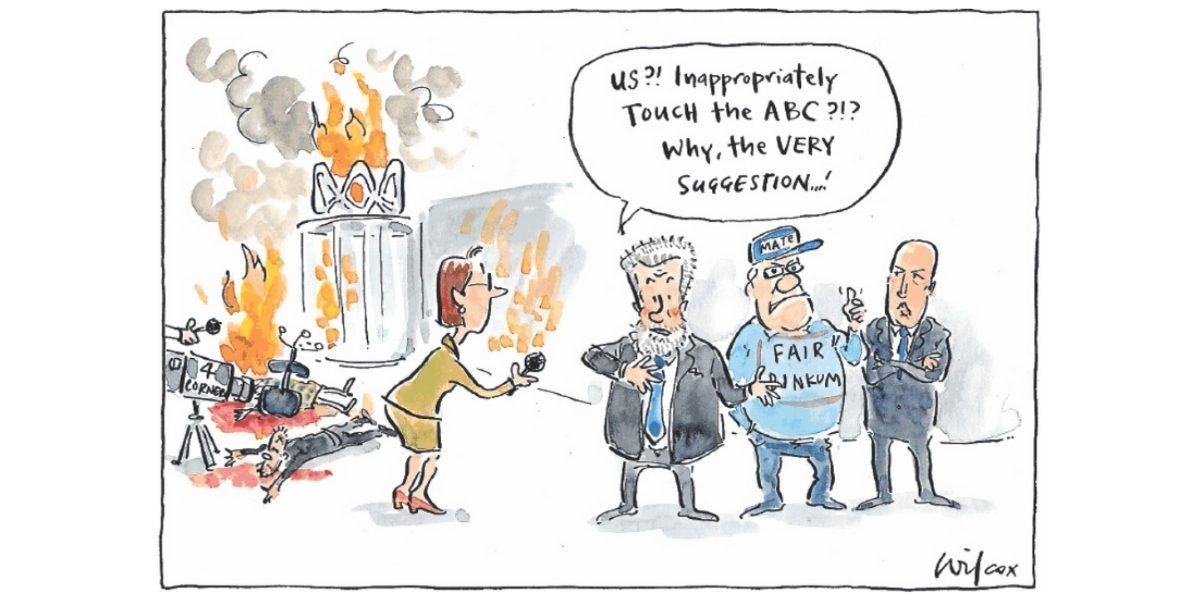 While Australians have considerable trust in the ABC, this trust is not blind.Should Australian Governments continue to undermine and erode the independence and integrity of the corporation, the ABC’s status as a trusted institution will be significantly diminished (4.90).

The committee was concerned that the manner of government control over ABC funding and the timing of the flow of funding to the ABC might diminish the ABC’s real or perceived independence and that the government’s approach to Board appointments, in particular ‘Captain’s picks’, had damaged perceptions of independent ABC governance. It provided a series of recommendations to respond to these important concerns.

The seven-person committee was chaired by Australian Greens Senator Sarah Hanson-Young. The committee comprised 3 ALP, 2 Coalition, 1 Green and 1 Independent (Tim Storer). The Coalition members submitted a dissenting report stating that no evidence was found of any political interference.

National President of ABC Friends, Margaret Reynolds, gave evidence to the Inquiry and stressed Friends concerns that the current government had inflicted very significant damage on the ABC. Since the advent of the Abbott government in 2013, there have been major cuts to ABC funding, with a number of organisations counting more than $600m in cuts from 2014. More than a thousand jobs have been lost, approximately a quarter of the workforce. Many programs have been lost or cut. These reflect a direct and dire impact of government on the ABC. The report referred to the organisation’s workforce as ‘besieged’ and considered the influence on employees’ willingness to work on programs unfavourable to the government. Would there be a ‘pre-emptive buckle’? Would employees self-censor to avoid government retribution?

The committee recommended that:

…The much loved and respected public broadcaster should have adequate and stable funding to conduct its legislated functions now and into the future (4.33).

The committee canvassed the tensions that had led to the sacking of the ABC’s Managing Director Michelle Guthrie and the resignation soon after of then Chair, Justin Milne. There was concern that the Chair had appeared to see his role as a ‘conduit’ between the governmentand the organisation and that this might lead to messages from the leadership that the ABC should take care not to distress its ‘banker’.

The committee recorded its view that:

Editorial independence is a measure of transparency and accountability. The… ABC’s governance framework must safeguard the corporation's independence in order to achieve these important outcomes, and to prevent actual or perceived political interference. While the ABC has confidence in its editorial framework, the committee heard that politicians have attempted informally to influence the ABC (see chapter three) and, in 2018, the former ABC Chair informally prosecuted the Australian Government’s agenda in his interactions with the ABC Leadership Team.

In the circumstances, the committee considers that the ABC’s editorial framework should be reviewed to ensure that it establishes clear policies and procedures for ABC staff who interact with politicians and/or their offices. This should include a strong statement on the importance of maintaining the corporation's independence at all levels within the ABC (4.71-73).

ABC Friends believes that Australians want to see a well-funded, strong and independent ABC. This report and its recommendations assist in overcoming some of the damaging and draining challenges that the ABC has faced. We urge the government to take them seriously and act to ensure that Australians can enjoy high quality public broadcasting. In this era of fake news and manipulation, this has never been more important.