ABC Friends Rally to support our ABC wrap up and videos

ABC Friends Rally to support our ABC wrap up and videos

On May 15th ABC Friends held a rally in Warrang / Sydney to support our ABC in the midst of the 2022 Federal Election campaign. 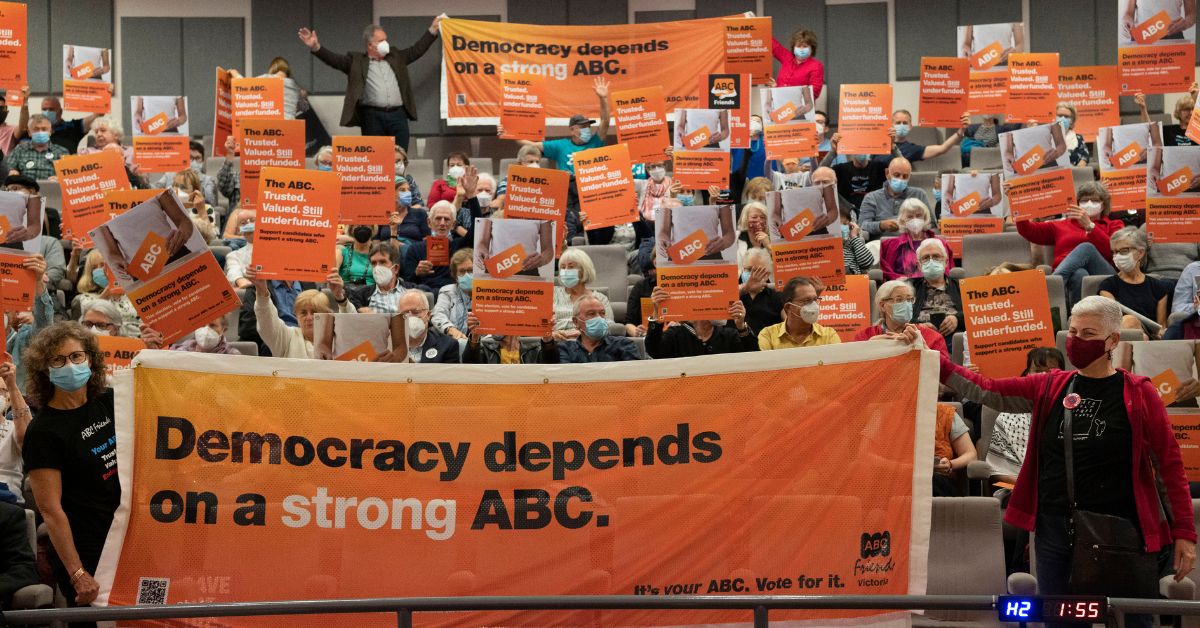 ABC Friends invited key spokespeople from the Coalition, ALP and Greens parties, along with Independent candidate, Zali Steggall, to speak at the event and outline their policy visions for our trusted public broadcaster. Michelle Rowland from the ALP, and Sarah Hanson-Young from the Greens accepted our invitation, whilst the Coalition parties did not respond to our requests.

The NSW Teachers' Federation Auditorium was filled (in a COVID safe way) to the brim with  hundreds of ABC alumni, supporters and ABC Friends members. They were joined by thousands of supporters who watched the event via a livestream on Facebook.

Our very own Vice President and President of ABC Friends NSW & ACT, Cassandra Parkinson, emceed the event which was opened by ABC stalwart and favourite, Kerry O'Brien.

You can view the videos from the event below.