Posted in Latest news from ABC Friends on 18 February 2020

Posted in Latest news from ABC Friends on 18 February 2020

Over 100 ABC Friends in the Northern Suburbs of Sydney Branch waved more than the flag for the ABC, requesting the Federal Government to reverse the budget cuts to the ABC. 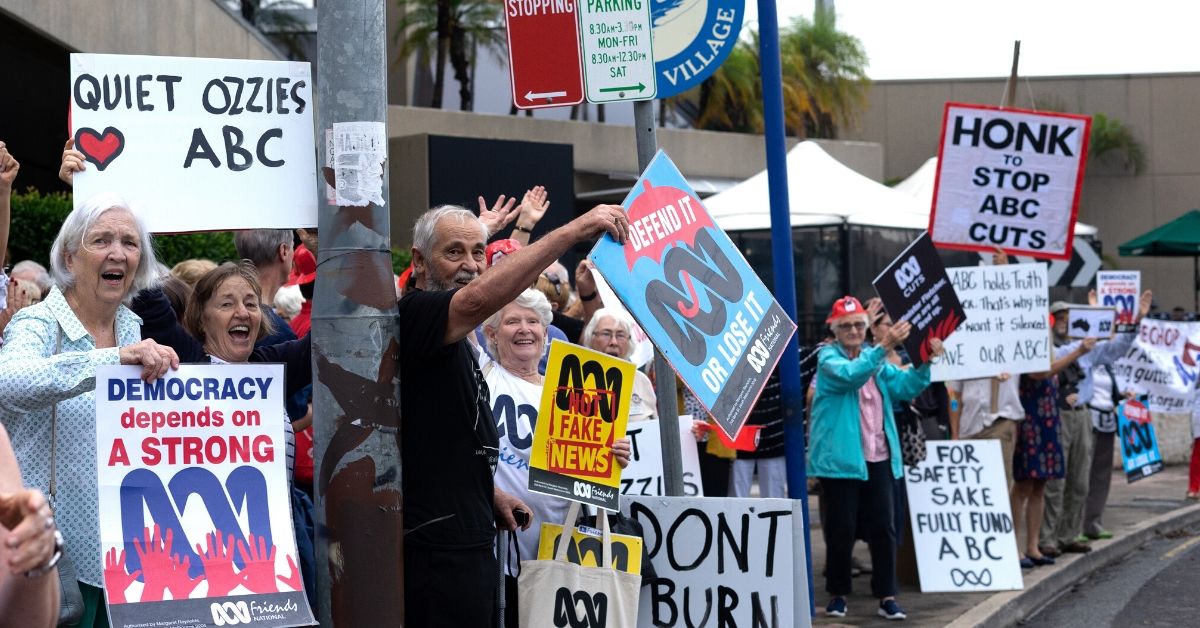 Our ABC that has done so much to keep Australians informed and safe throughout the entire long hot summer of the bush fire crisis.  Staff asked to come back early from holidays; reporters and crew bringing minute by minute updates from very dangerous situations, all for us the tax-payers who own the ABC.

The message was clear:  “Minister Fletcher: stop the cuts.”

The ABC has had to divert funds to cover the whole period of the crisis. The cuts have caused the ABC to lose many of its most senior operatives to redundancy, so much wisdom and experience has been lost to our national broadcaster.

Every second car or truck tooted in support of the ABC Friends’ rally outside the Minister’s office on the Pacific Highway.

“Minister Fletcher:  fund our ABC properly and stop the cuts". 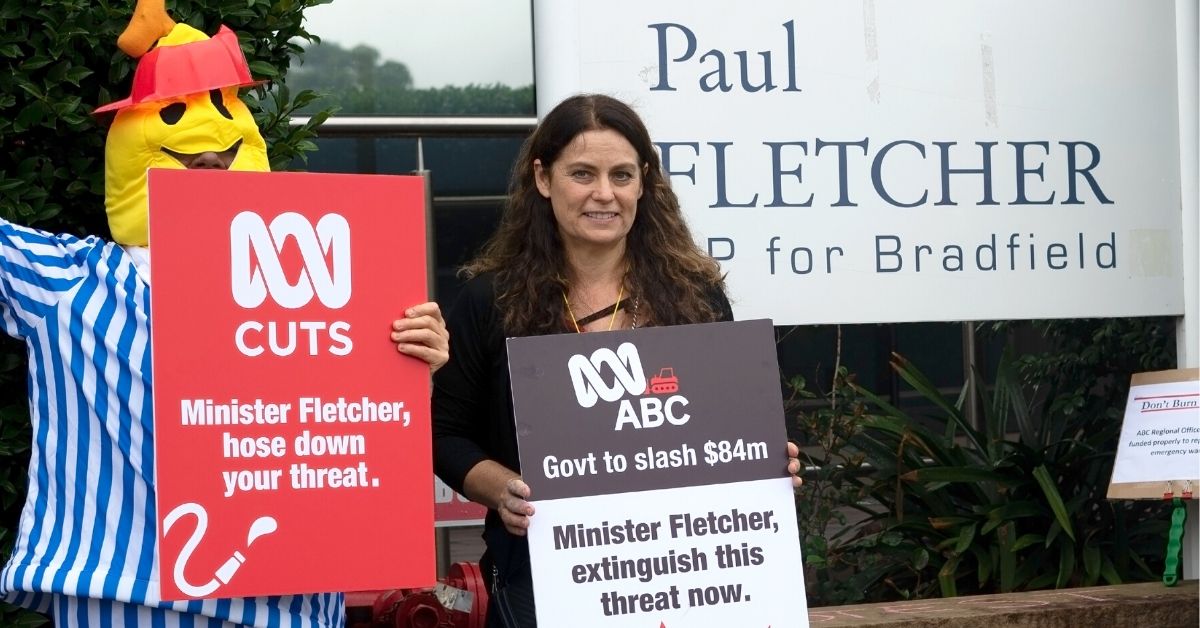 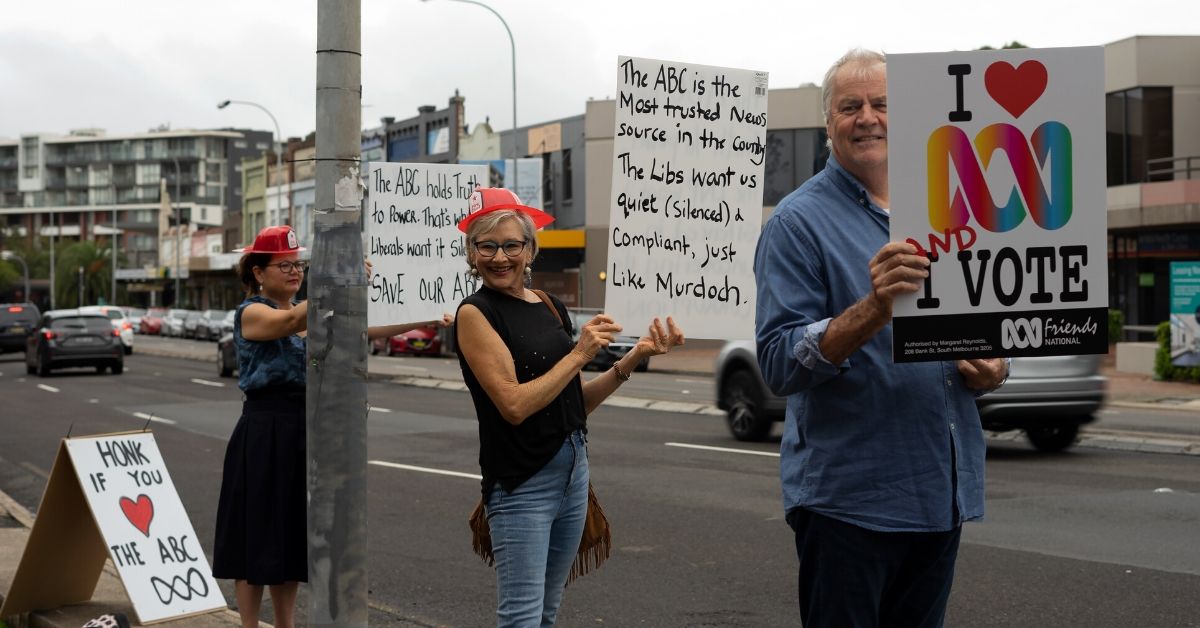 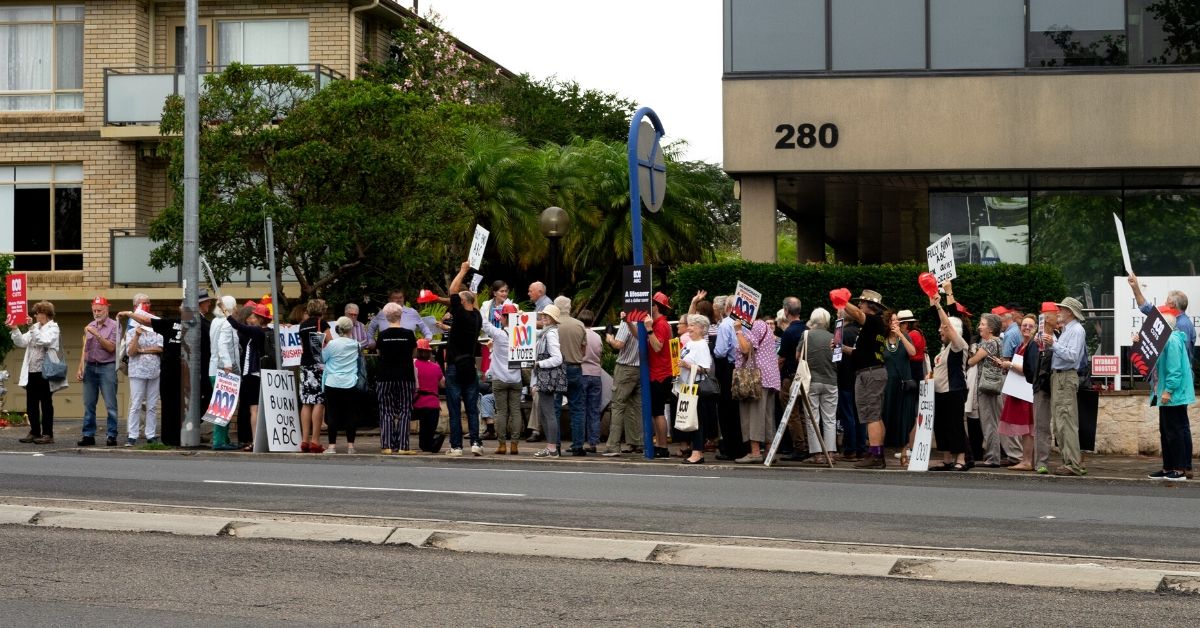 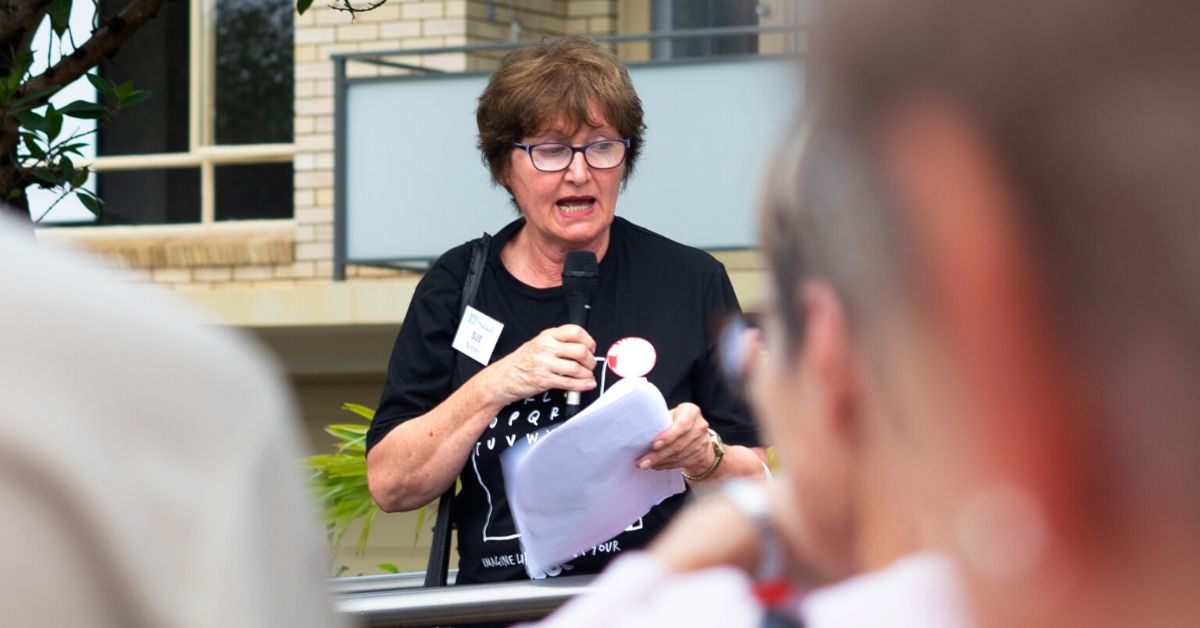 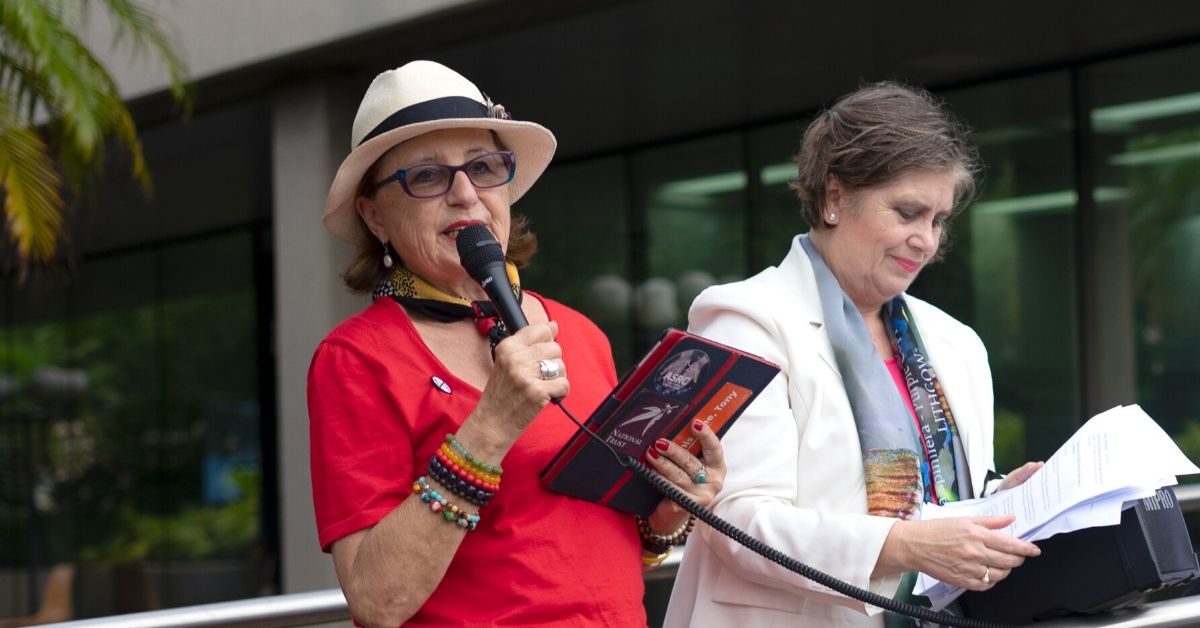 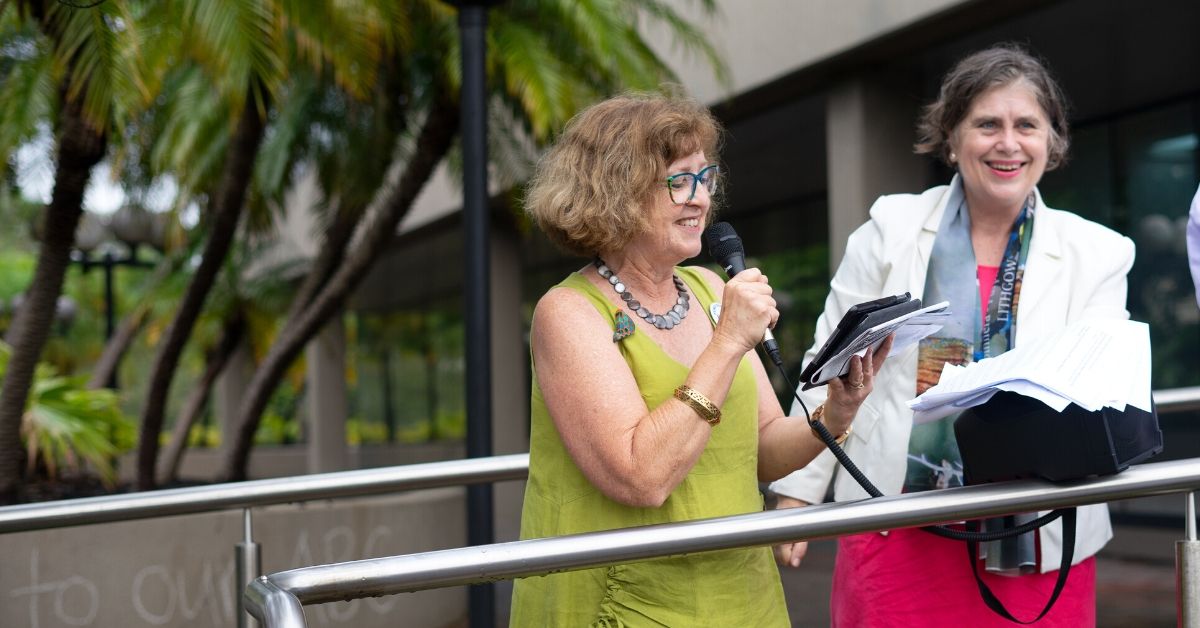 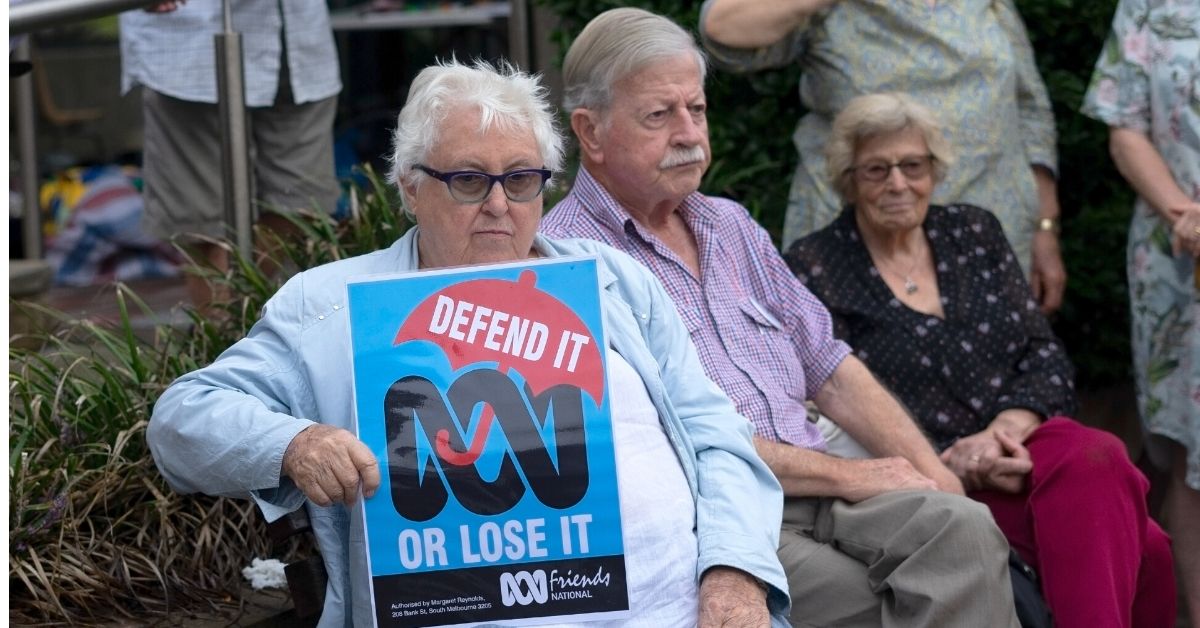 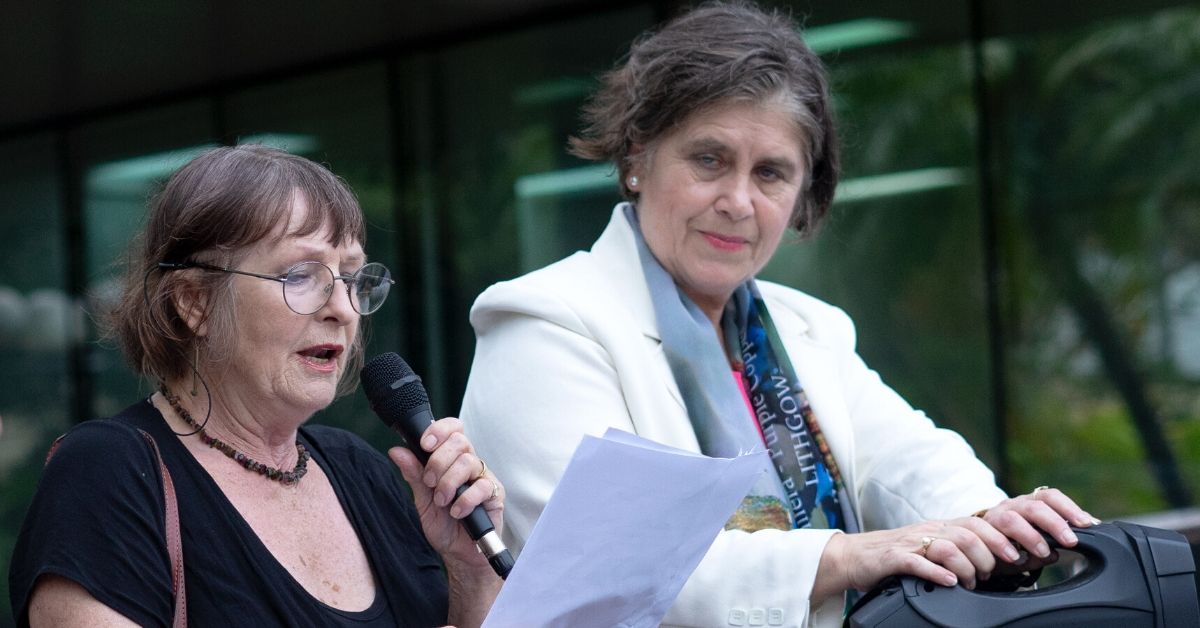 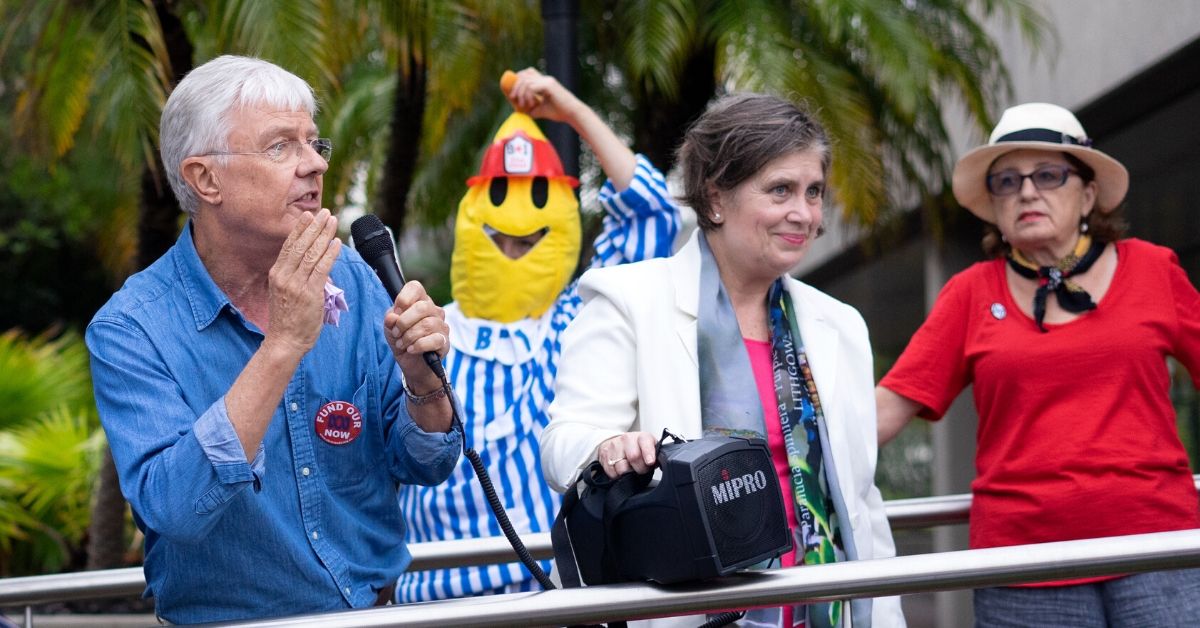 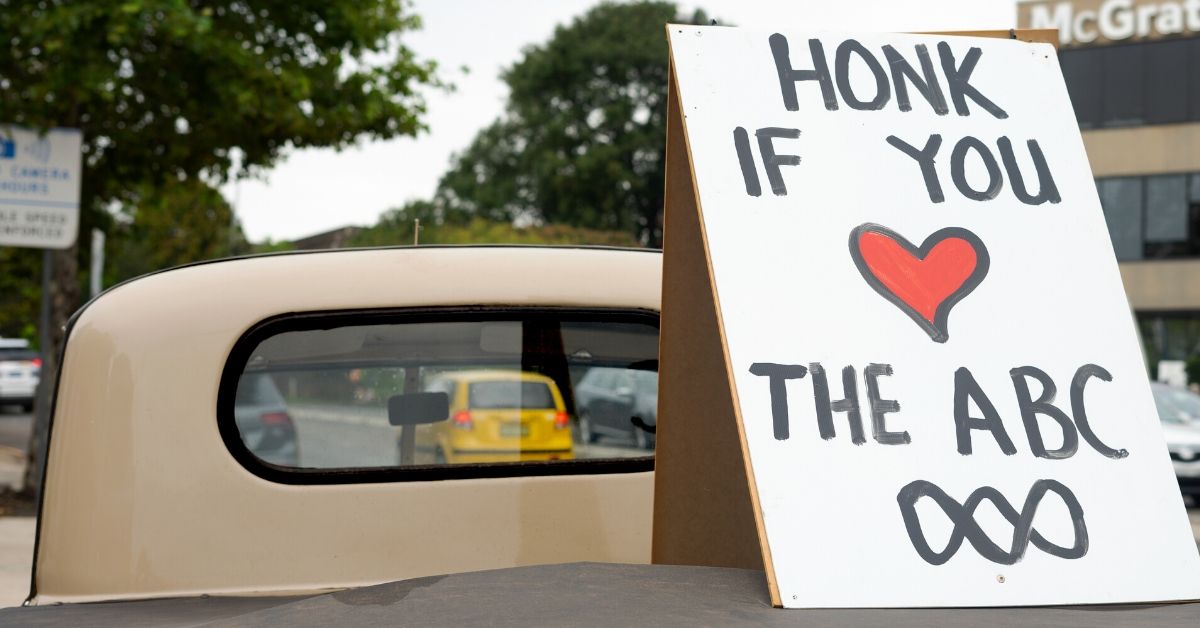