Posted in Latest news from ABC Friends on 19 August 2020

Posted in Latest news from ABC Friends on 19 August 2020

The Media, Entertainment, & Arts Alliance have launched an action to save the ABC's flagship 7:45am radio news bulletin. 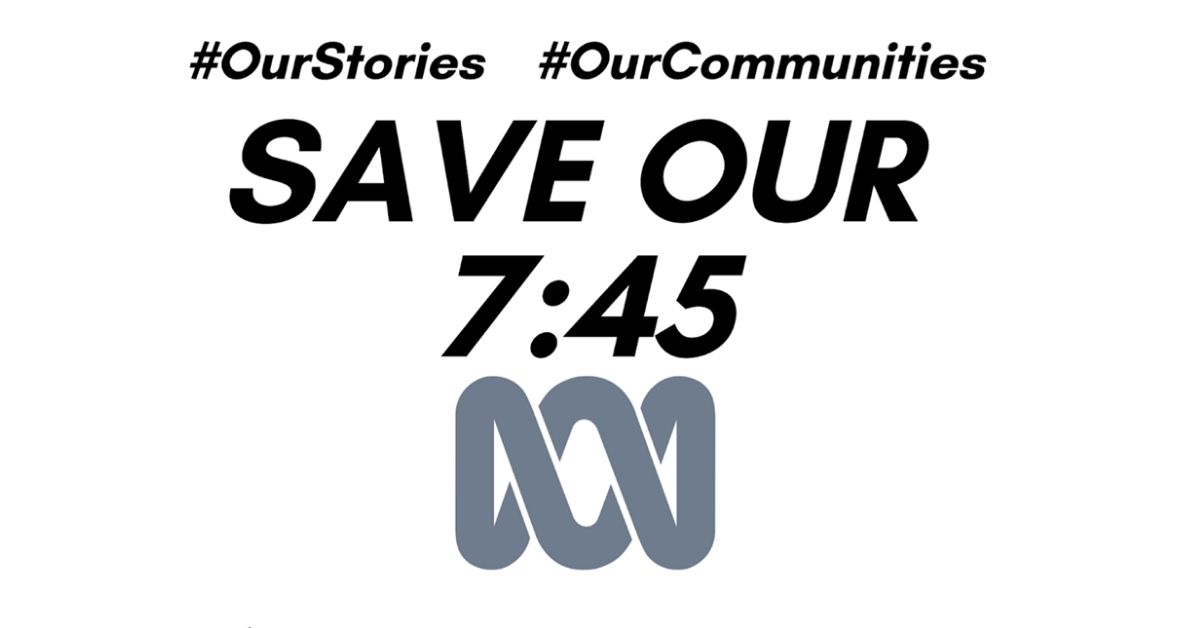 The ABC announced the axing of the new bulletin because of budget cuts back in June. For decades Australians have tuned in to hear the breaking news of the day.

What do I need to do?