Senator Rex Patrick on the Right to Know

Posted in Latest news from ABC Friends on 06 November 2019

Senator Rex Patrick on the Right to Know

Posted in Latest news from ABC Friends on 06 November 2019

Senator Rex Patrick has written an opinion piece in the Canberra Times titled Right to Know: media freedom and Australian democracy are on the line. 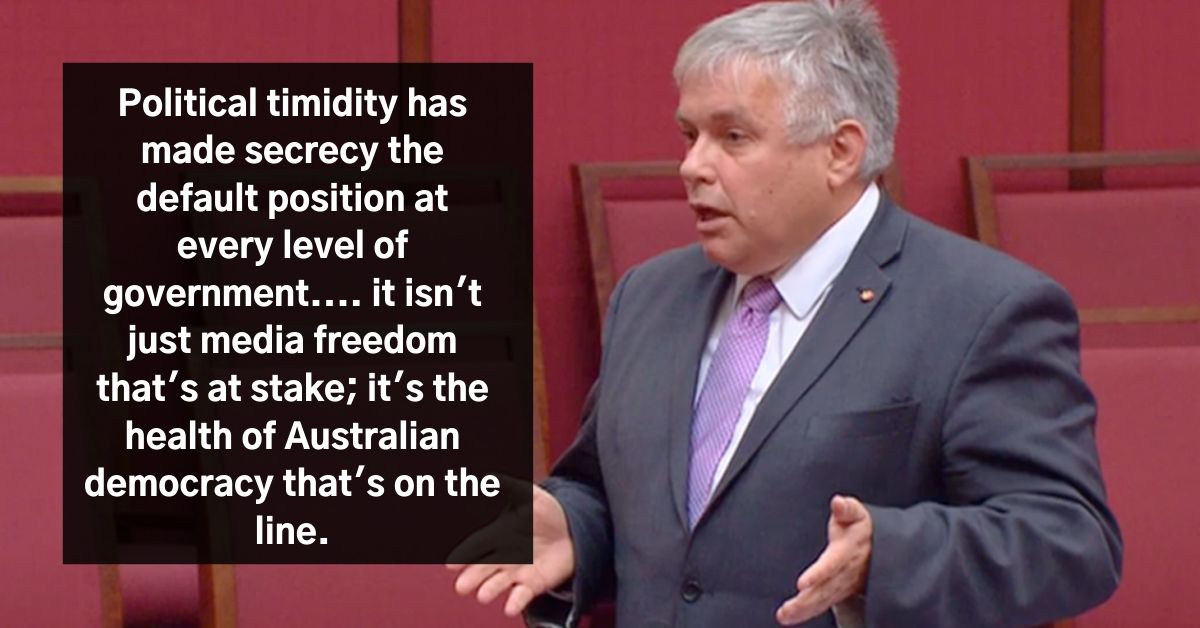 In the Canberra Times article the South Australian, Centre Alliance Senator notes how "time and time again [he has] encountered censorship, suppression, redaction, half-truths and sometimes outright falsehood as [he has] sought to extract information on everything from Australia's multi-billion-dollar defence programs to water allocations in the Murray-Darling Basin."

Senator Patrick remarks that "political and bureaucratic timidity have made secrecy the default position at every level of government.... it isn't just media freedom that's at stake; it's the health of Australian democracy that's on the line."

Margaret Reynolds, ABC Friends National President, said that "it’s great to see parliamentarians, like Senator Patrick, speak out about the importance of defending media freedom, and the public's right to know."

"Australian citizens must be able to access government decisions made on their behalf. So called "security" is being used as an excuse to keep essential information from the public."