Interim Convenor Carmel McCallum pulled out all the stops and, with a bit of help from NSW&ACT Admin, attracted 106 people to the launch. No surprise with the constant attacks on the ABC, and its never diminishing popularity with around 80% of the Australian population. 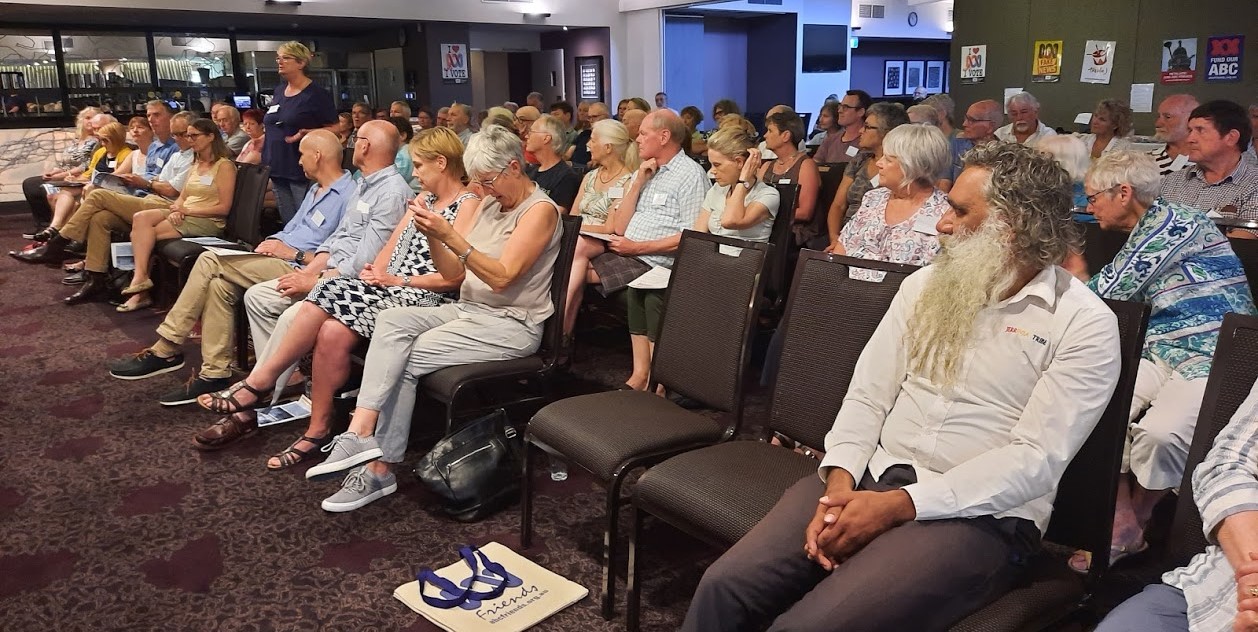 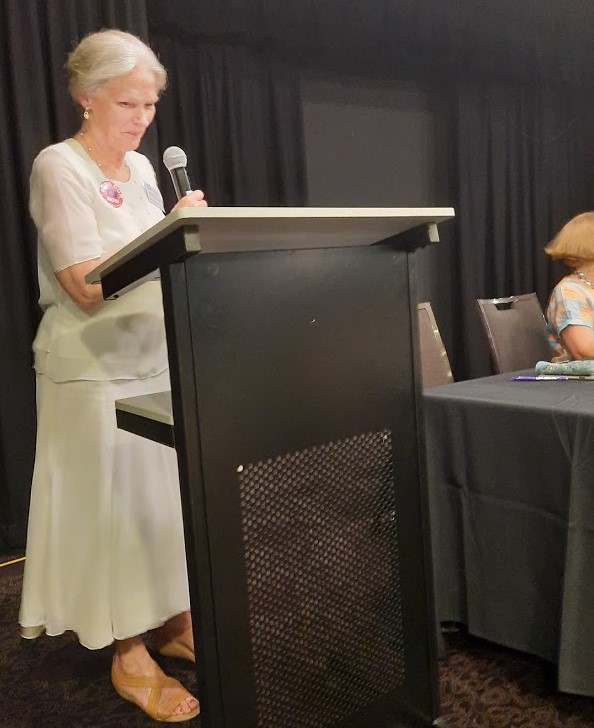 MC, Angela Williamson, Secretary ABCF NSW&ACT, (pictured left) greeted all and invited local Graham Connolly to welcome attendees to his nation’s traditional lands. Graham spoke of his appreciation and reliance on the ABC as well and stayed for the meeting.

Angela described the structure of ABC Friends, local branches, State and Territory and in more recent years now National, emphasised that whilst we as a group are not politically aligned, nonetheless we are political as we are a strong advocate for the ABC.

National President Margaret Reynolds kindly provided a brief welcome video played for all to hear in which she warned ABC Friends would be calling on the new branch to step up for the cause in 2021.

The next speaker Shoalhaven Mayor Amanda Findley (pictured below) drew spontaneous applause with her impassioned support of the ABC especially how it had been the ‘go to’ source of information for last summer’s appalling bushfires all down the coast as well as inland. 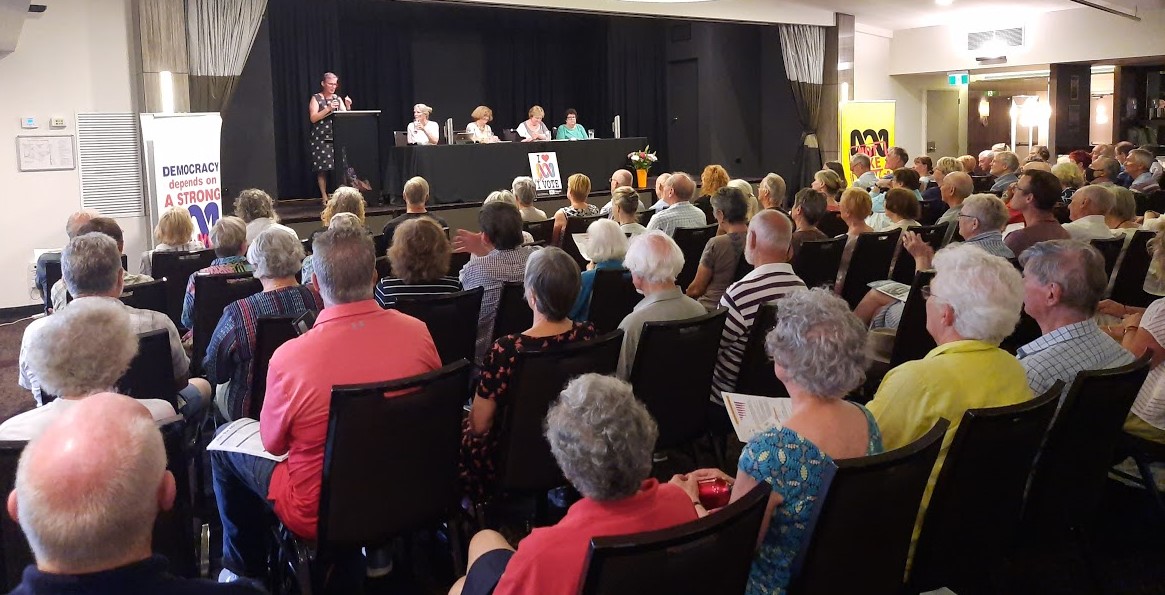 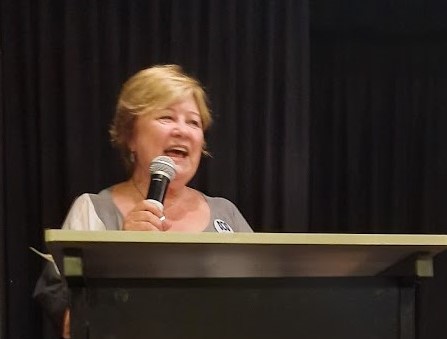 ABC Friends NSW&ACT recently elected President Cassandra Parkinson (pictured right) spoke of the important work of the Friends to bring the dire situation facing the ABC to an ever wider audience and congratulated the local community for their commitment to keeping our ABC properly funded. She encouraged and endorsed the grassroots of our organisation.

Interim Convenor Carmel McCallum (pictured below) said she’d been a member of ABC Friends for ten years and had determined to find the time to start a branch in the Shoalhaven region. The Branch covers all the Gilmore Federal electorate and reaches north into the Illawarra State electorate, and already has around 180 members. Carmel moved the formal motion to form the branch; motion carried unanimously with acclamation! 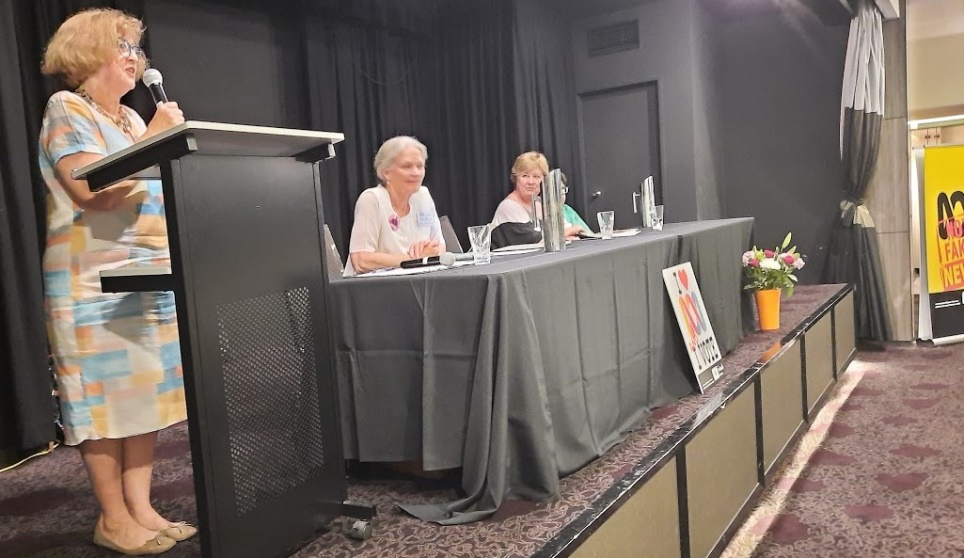 Dr John Hewson had been scheduled to attend but an unexpected personal matter had forestalled his intention. Shoalhaven & South Coast hopes to take him up on his offer to come to another meeting probably in 2021.

The fledgling branch was delighted to have former Senior Manager at the ABC Heather Forbes give the benefit of her many years at the ABC. Heather trained cadet journalists at the ABC – well-known names such as Siobahn Heanue, Connor Duffy and James Glenday. 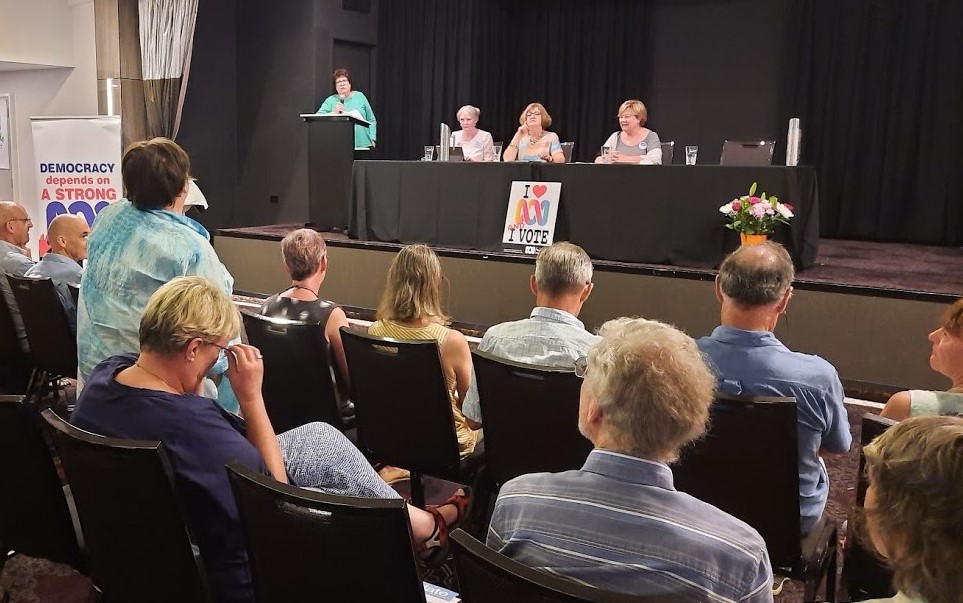 Heather spoke of the sale by then-PM Howard of the ABC’s Darwin transmitter to a Christian media organisation which commenced broadcasting Christian messages into Muslim Indonesia. Short Wave is now only broadcast from a tower in Shepparton, Vic to the urban centres of Darwin, Alice Springs and Tennant Creek. The rest of NT gets no ABC radio. When Julie Bishop terminated the 10-year contract for Radio Australia broadcast by the ABC in 2014, that was the end of Australia’s S/W broadcasting into the south-west Pacific, nations there which had relied on Australia’s independent news service. Our so-called ‘soft-diplomacy’ gone after decades of continuous coverage, and another 80 quality journalists made redundant. About the same period Murdoch and Sky News started up an Australian TV broadcast up there, which lasted a year and is now defunct.

The consequence is that the Australian Government has lost a great opportunity to communicate with its neighbours. Those same Short-Wave Bands relinquished by the ABC were taken up a few months later by a very large country to our north which is now broadcasting in English into those same countries which Australia used to ...

One of the great benefits of the ABC to those Pacific neighbours was its broadcast of serious weather events such as cyclones and earthquakes with the possibility of tsunamis.

Heather answered a raft of questions and was much appreciated for her 2-hour drive from Sydney, and then having to dash back up for a Zoom meeting she was chairing. The meeting concluded with one attendee waving a bucket around for donations for which the new branch was most grateful, along with quite a number of sales at the back of the meeting room. Some exceedingly good ideas for activities were floated too, so it is safe to assume that Shoalhaven & South Coast is up and running. 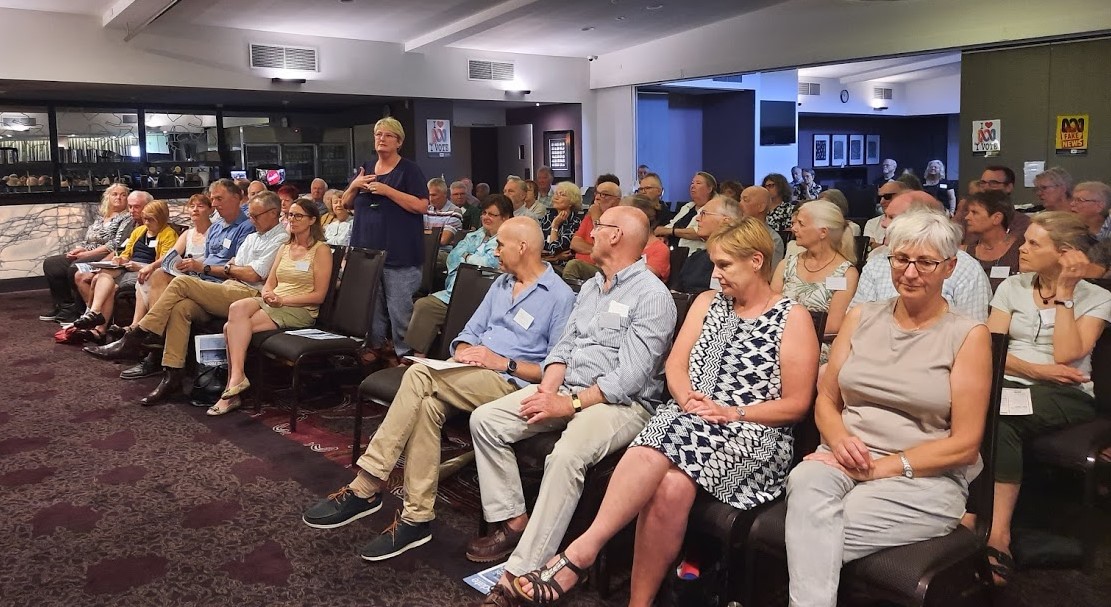 Photos provided by Janine Kitson, who came specially from the Northern Suburbs of Sydney Branch.