The Opposition Leader, Bill Shorten, has told a sell-out audience in Melbourne that his vision is for the ABC to be seen and heard not only by everyone in Australia, but that it should also be available to citizens of countries in our region as well.

The ABC has a unique responsibility…I call it “ABC Everywhere.

ABC’s reach should be everywhere.

ABC should be available to everyone, everywhere.

ABC reach everywhere, not only in our cities, in our country, but in our region – in the Pacific.

*Please note that the programme starts 23-minutes from the start of the red welcome sign.

The sell-out crowd was entertained by a display of amusing and provocative newspaper cartoons illustrating how our country’s great cartoonists understand the threat against the ABC, followed by a rousing rendition of the ABC Friends song by Triple-J Unearthed artist Tim Solly.

With Ranald Macdonald as MC, the audience then heard from Kerry O’Brien, Dr Gael Jennings, and Quentin Dempster.

That discussion was followed by a political forum, including speeches from Bill Shorten, and Greens leader Senator Richard Di Natale. 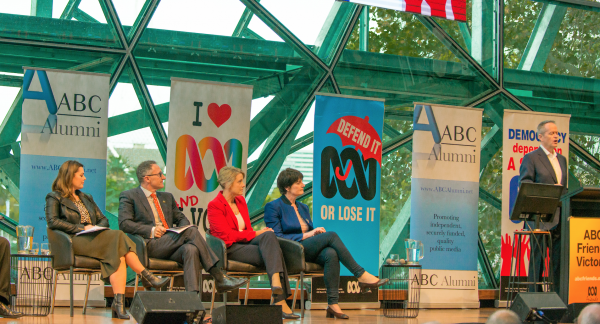 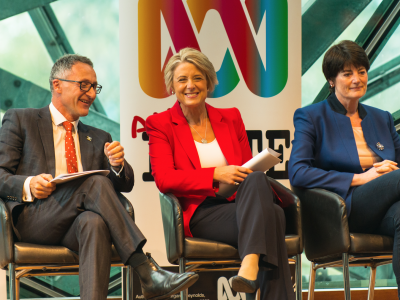 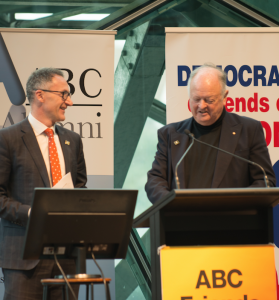 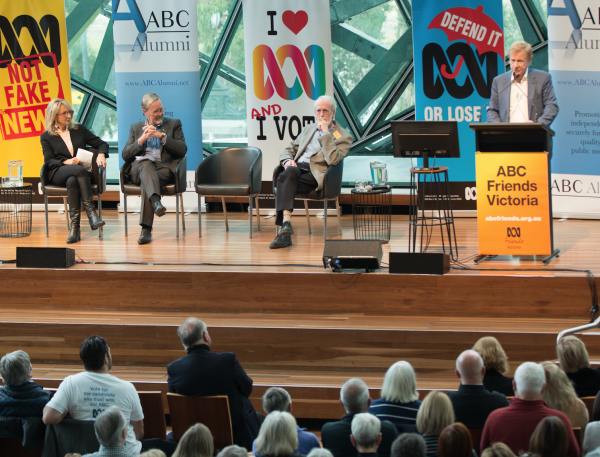 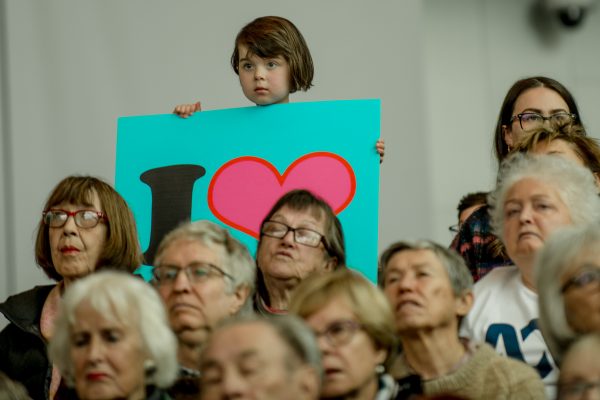