Posted in Latest news from ABC Friends on 24 September 2020

Posted in Latest news from ABC Friends on 24 September 2020

The Bowral Bowling Club was the venue for the launch of the latest ABC Friends NSW & ACT Branch as more and more Australians realise the dire position in which our essential services Broadcaster finds itself with the latest horrendous cuts to its funding. 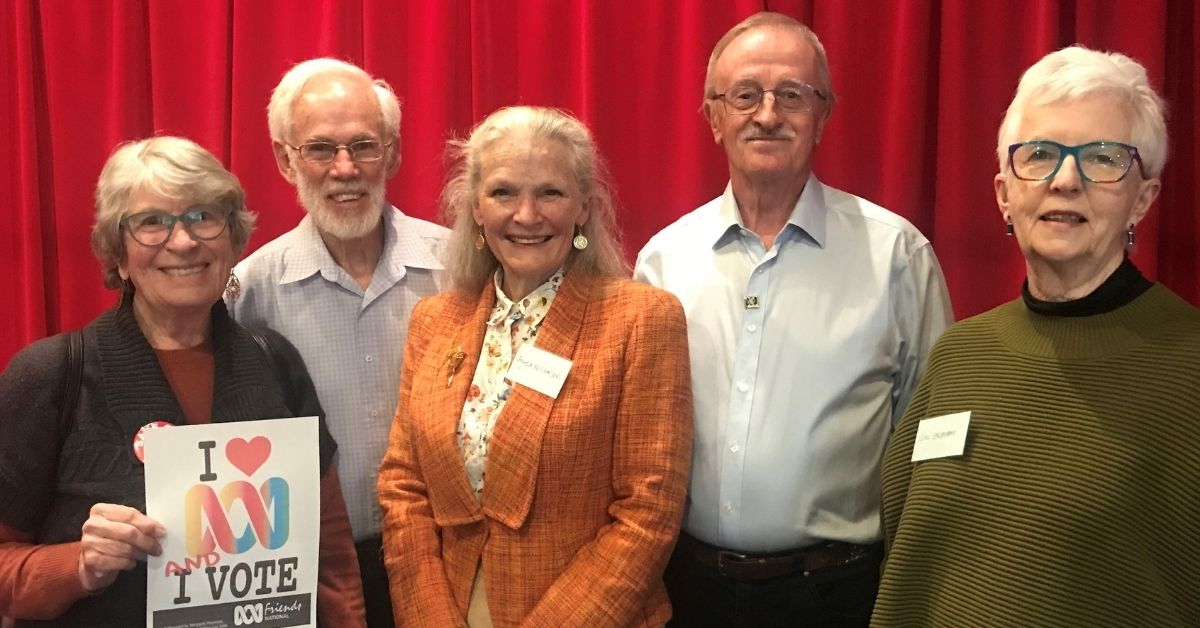 At the launch of the ABC Friends Southern Highlands Branch Covid limitations kept the numbers to a safe 30, but the passion for our ABC was palpable in the room. Chair Trevor Wright encouraged ideas from the floor, and they came.  Some came as questions for special guest from the Blue Mountains, NSW&ACT Vice-President Mal Hewitt, OAM, who spoke with his usual fluent vigour about the challenges that beset the ABC.  He spoke hopefully about the current Chair of the ABC, but horrified the audience with the names of some of the faces we shan’t be seeing any more as a direct result of the current Federal Government cuts.

A formal motion to form the Southern Highlands branch was taken and carried unanimously. A Committee was formed with interim Convenor Gill Graham and interim Secretary Belinda Wright.

Two more branches wait in the wings until the rules relax more; Bev and Barry Redshaw specially came from the imminent Western Suburbs of Sydney Branch, and a lady from Kiama also who plans to be part of the Shoalhaven and South Coast Branch that is revving up again under the auspices of Carmel McCallum after its Covid-induced pause.