Posted in Latest news from ABC Friends on 15 April 2020

Posted in Latest news from ABC Friends on 15 April 2020

She is a Tasmanian Friend and the only Tasmanian member of the ABC Advisory Council. 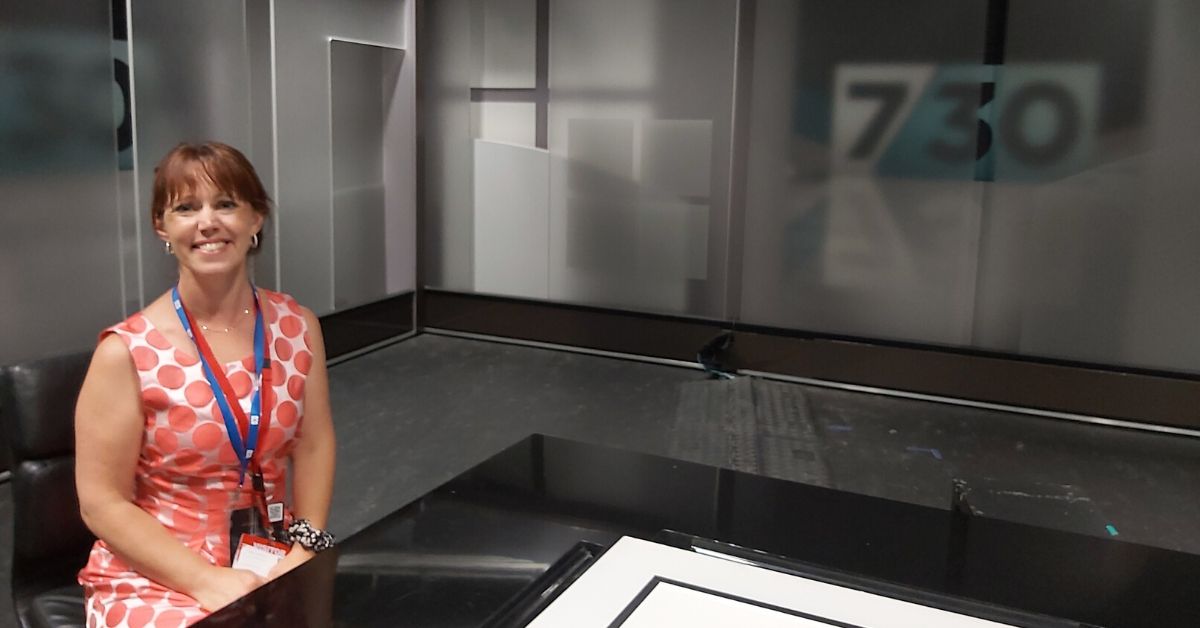 During her first trip to Sydney in her new role, she was given a tour of the studios and quickly decided that she would like an ABC desk job.

The Council is established under the Australian Broadcasting Corporation Act 1983 (ABC Act). The function of the Council is, either on its own initiative or at the request of the Board, to advise the Board on matters relating to the Corporation’s broadcasting programs.

Summer was appointed to the Council in January this year and her term runs until December 2021.

She is a Child and Family Health Nurse who has spent 20 years working in the public health system in neonatal and paediatric fields.  Recently, she has taken this passion for supporting Australian families in a new direction, starting her own business with a strong focus on supporting rural families in the early stages of parenting.  She compliments these activities with active participation in a number of for purpose organisations, including the National Rural Women’s Coalition, Australian Association of Infant Mental Health, Child Health Association of Tasmania and the Tasmanian chapter of the Women’s International League for Peace and Freedom. Her biggest motivator is her six children.

This is her story:

My name is Summer Gwynne and I live in Richmond, Tasmania.

I was appointed to the Advisory Council of the ABC in January this year.

To be honest, I didn’t think I had a hope in hell of being appointed! So, my story of that appointment is quite lovely.

I was phoned and asked to have a teleconference interview at a time when I was going to be going through the check-in of the Melbourne airport. Re-arranging was just too tricky! I really did not want to sit in the parenting room of the airport for a little peace and quiet so I cheekily asked the reception staff at the Airport Hotel if I could use a quiet corner of their restaurant to dial in. I was hit with a truckload of kindness from their staff who set me up in quiet boardroom and then fed me lunch. I was already on a feel-good high just coming from a Salvos lunch where I fed and spoke with a gorgeous bunch of homeless people, but this dose of kindness gave me another huge boost.

And because I really did not think I stood a chance of doing well in the interview or being accepted (what do I know about broadcasting, and the Australian political, economic and social climate?), I decided to have some fun and be truly and utterly myself. As it turned out, that was perfectly okay and I had to be picked up off the floor a few weeks later when they called and asked me to accept a position. That old saying of being true to yourself paid off after all.

However, my ego decided to have another go, and I convinced myself that I was only appointed to the position because I was a box ticker; a female, living in a rural area, a small business owner, a nurse and an active community member. Surely they would not have given me this position because I had something valuable to offer?

Once again, the universe proved me absolutely wrong! In early March this year, I attended my first ABC Advisory Council meeting in Sydney. I met the most incredible caring and kind people, from the security officers, to the catering staff, to the council members and speakers at the meetings. Everyone I met proved to be there because they believed in the ABC, its inner essence of being a heart to the Australian people, its strength in capturing and nurturing the stories, needs and education of the audience, and its focus on integrity, inclusion and possibility.

The ABC does not just process its values; it lives by them. And in doing so, it maintains an air of grace, mysticism, strength and courage. Most of all, it evokes ‘family’. The employees’ level of commitment and responsibility to the audience can only be described as one of solidarity and perseverance. The ABC has ridden the wave of uncertain scary times like all of Australia, seeing us through the journalism raids and subsequent discussions on the rights of the media, the droughts, bushfires, floods and now the coronavirus. The ABC is present, reliable, responsive, united and caring in how it responds to its audience.

I see now how I belong. True to its form, the ABC was able to look past any insecurities I had in myself; they were able to use their unique inquisitive journalism technique on finding my core, my inner being and my strengths. To honour their faith, I feel I might as well take the leap as well! To the ABC and the people who believe in it, I am going to be true to myself in this role, trusting that the wealth of experiences and qualifications I have will serve me well in this privileged position I now find myself in.

And, just so you know, I went back to the Airport Hotel and thanked the Manager and all the staff, and wrote to their HR recommending that the staff who helped me be acknowledged for their random act of kindness, and I am starting work with the Salvation Army to continue my connection with the homeless. This is where I get my inspiration and energy from, and who I need to help represent in my new role.