Posted in Latest news from ABC Friends on 16 September 2020

Posted in Latest news from ABC Friends on 16 September 2020 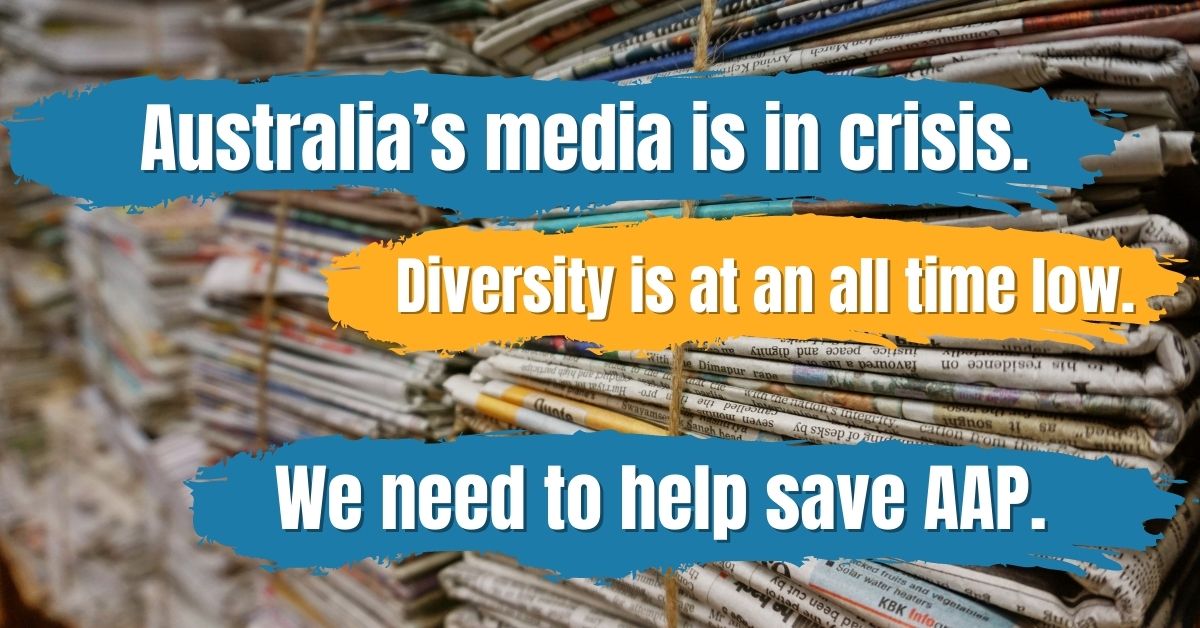 Australia’s media is in crisis.

After years of funding cuts for the ABC and preferential grants to overseas and commercial media, mergers, and technological disruption, COVID-19 arrived to drive the final nail into the coffin of many of Australia’s regional newspapers.

Our media diversity is at an all time low.

There is much to do to restore our national broadcaster and the vibrancy of our media market, but there is something we can do right now to help preserve a key pillar of Australia’s media diversity.

We need to help save AAP.

Donate to help save AAP now

For 85 years AAP has provided a ‘newswire’ service that helps hundreds of newspapers, radio stations and TV stations across the country. A newswire is essentially a wholesaler of news content. It reports on politics, business, courts, sport and other news and provides this to other media outlet.

But now NewsCorp want to add to their retail media power by moving into the wholesale newswire business as well.

As the Chair of the ACCC told ABC this week:

We really want AAP to be in independent hands rather than owned by one of the incumbent players... obviously you don’t want a large incumbent player to be providing stories to its competitors.

AAP was recently purchased by a group of philanthropists and impact investors. It is now structured as a not for profit. It has one objective and that is to collect and distribute the news. But in a tough media market, in a tough economy, we cannot allow a NewsCorps newswire service to become the only source of national and state news for hundreds of newspapers and radio stations across the country, outlets with a combined audience of over 6 million people per week.