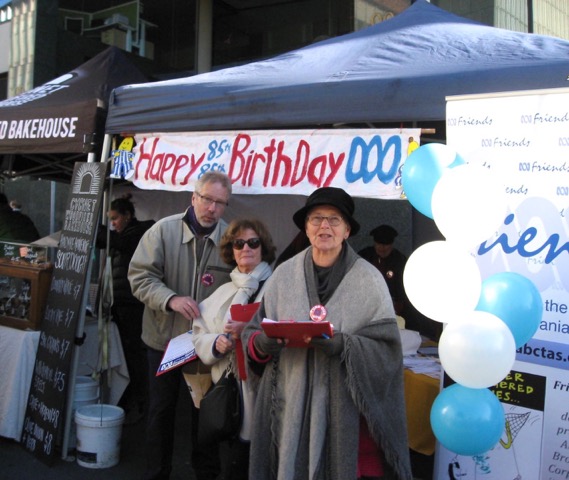 Get Involved with ABC Friends Tasmania

Email [email protected] to find out how you can get involved.

We organise our own events and activities including:

Tasmanians got active in support of the ABC in the early 2000s and there were soon keen groups of members, initially known as Friends of the ABC, meeting regularly in both the North and the South. The name was changed to ABC Friends in 2014.

Local groups continue to meet in Hobart and Launceston and work together to ensure a regular local presence for ABC Friends, including running market stalls and public forums.

In Tasmania, ABC Friends is an Incorporated Association managed by a Committee of volunteers elected each year at the Annual General Meeting. The Committee is closely connected to the membership and, as a community-based organisation, ABC Friends Tasmania Inc. is wholly dependent on the support of its members.

ABC Friends Tasmania Inc. operates independently while, under the umbrella of ABC Friends National Inc., working with Friends organisations from every Australian State and Territory on national strategies and campaigns to maintain the independence and integrity of the ABC.

ABC Friends is not aligned to any political party and operates fully independently of the ABC itself.