Posted in Latest news from ABC Friends on 26 October 2020

Posted in Latest news from ABC Friends on 26 October 2020

ABC Friends thanked former Prime Minister Malcolm Turnbull for joining his prime ministerial colleague Kevin Rudd by signing his parliamentary petition calling for a Royal Commission into the influence of the Murdoch empire on the independence of Australian media. 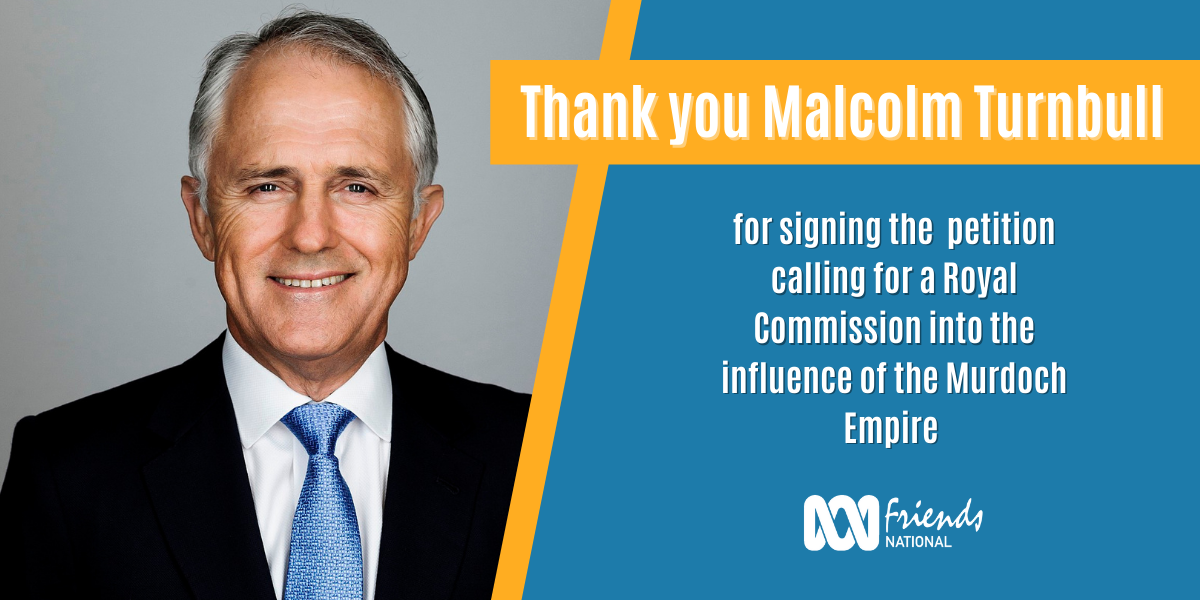 Now all we need is for both former prime ministers to round up their respective party leaders to urge them to treat this issue as a priority.

The response from the Leader of the Opposition, Anthony Albanese, is most disappointing because Australia’s oldest political party should be prepared to challenge foreign interference in our media.

Prime Minister Scott Morrison appears to accept this overseas meddling because for the time being he is benefitting, but all political parties need to stand up for independent media as essential to Australian democracy.

In the meantime the Australian Senate could commence its own inquiry into various aspects of government media funding, which suggests that foreign influence affects decision making.