Posted in Latest news from ABC Friends on 21 July 2020

Posted in Latest news from ABC Friends on 21 July 2020

ABC Friends' media advisor, Ranald Macdonald, has published his take on the government's assertion that there has been no cuts to the ABC: it is "blatantly dishonest." 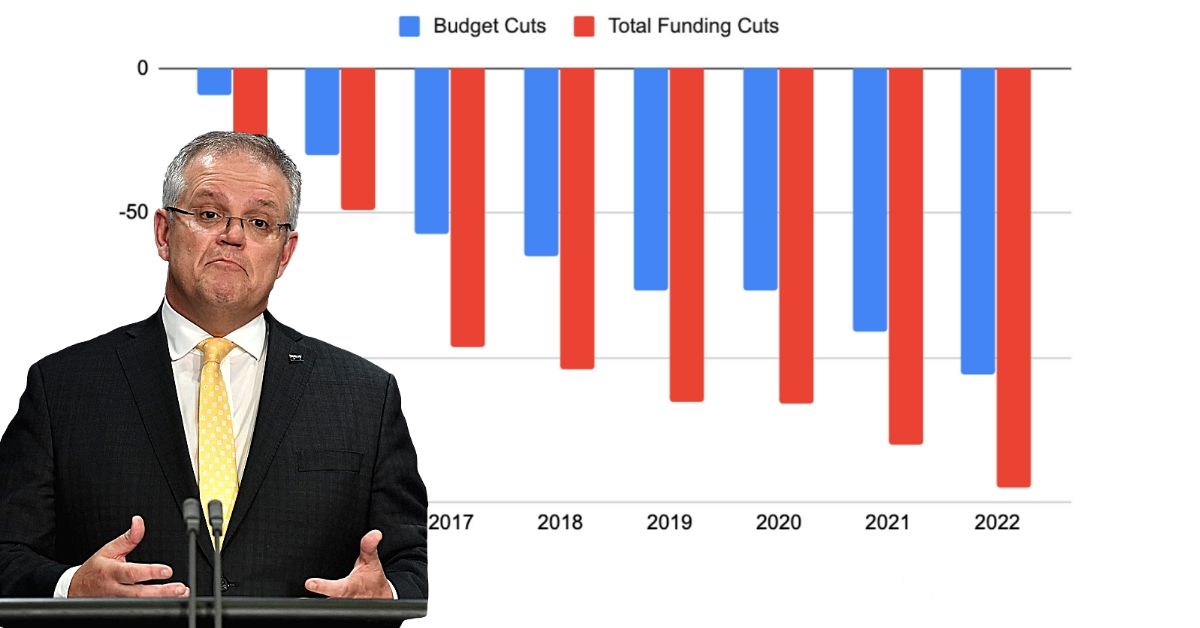 Let me try to simplify the rather wordy RMIT/ABC Fact Check just put out on the truth of claims and counter-claims over ABC funding cuts.

The cautious headline is that the government’s claims of 'no cuts' is misleading.

I would say blatantly dishonest for the following reasons:

First, though, a simple analogy.

If a myopic economist, a political spin doctor or Alan Jones told you that over 5 years you had nothing to complain about if your take home pay increased each year (though by say just $1 a year) - while in round terms the compounded cost of living had risen over the same period by 10% - you would think them all deluded.

Further, if they said others are worse off, you would say - how relevant is that to me, I cannot pay my bills or educate the children.

Somehow the spin from the Coalition is that the ABC is well-funded, and fortunate to be so, despite shouldering extra responsibilities and achieving strong public support. Also, be grateful as the commercial stations are doing it tough.

Deliberately confusing the picture (as Fact Check shows) are the inflation adjusted transmission costs for the ABC averaging some $185 million a year to allow 48 non-metropolitan stations to be accessed around our vast continent, iview, emergency services, four television stations etc. etc.

So for ABC staff (and they have occasionally to be rewarded for their efforts!), program production, all other activities etc. etc., the remaining ABC funding - which has reduced in real terms by some 30% in the last three decades - has been stretched beyond the breaking point.

Hence staff cuts, BBC repeats, no ABC produced tv entertainment programs except those done through independent companies where the ABC has no rights of repeats or sales and where costs in the last three years have risen by 6.5% per annum, forced staff multi-tasking beyond what is reasonable etc. etc.

The Department of Foreign Affairs and Trade defunded the Australia Network under Abbott one year into a 10-year contract at the loss of some $20 million a year and dis-enfranchised millions of viewers and listeners internationally.

The figures are clear and in the ABC’s Annual Report.

Total revenue over the last five years from the Government amounted to:

And now there is the Morrison ‘freeze' for three years at a cost of $83.7 million, forcing the announced reduction by ABC Managing Director David Anderson of up to a further 250 staff positions on top of the over 1,000 who have departed since the Abbott cuts of 2014.

As well, let us not forget the increasing annual cost of transmission are incorporated in the total funding figure - so some two million dollars a year are further taken from what is left for staff and production etc.

The RMIT ABC Fact Check is a most valuable document and closer reading of this, and the ABC Annual Reports, plus recent statements form the ABC Chair and Managing Director will, I believe, support the following conclusion.

The Australian Broadcasting Corporation is being weakened maliciously and systematically, just when it is most needed in democratic Australia.

Further, it should not and cannot be treated as just another government department. Under the 1983 ABC Act, the Corporation was established as a statutory body, independent of governmental and mandated to service all Australians as set out in its Charter.