Posted in Latest news from ABC Friends on 15 June 2020

Posted in Latest news from ABC Friends on 15 June 2020 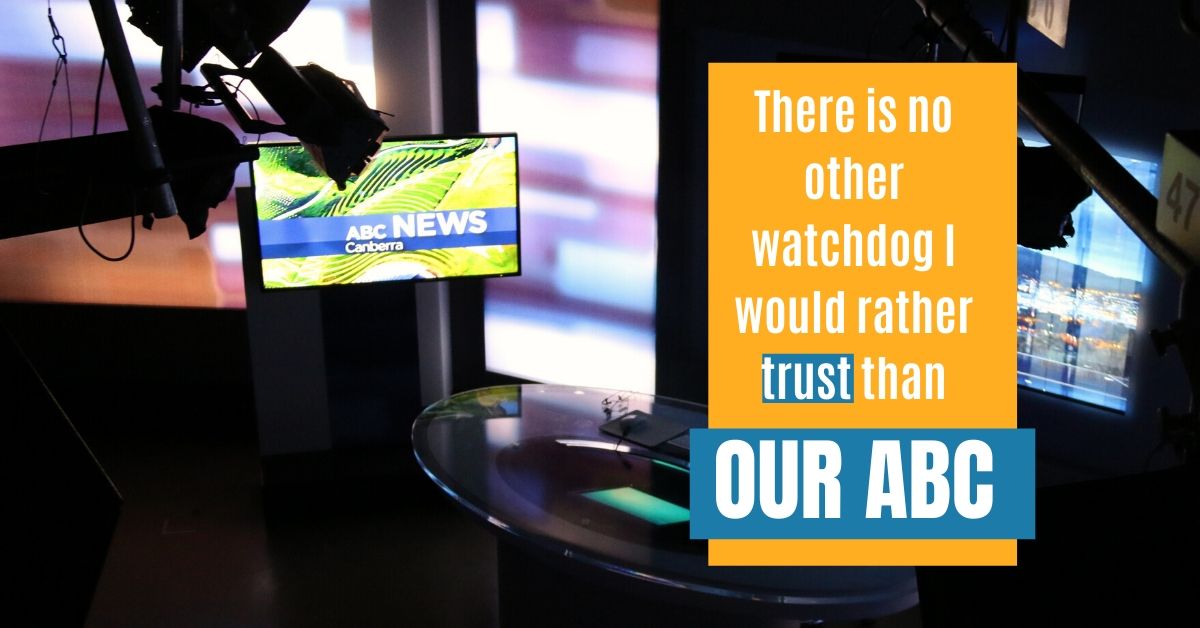 Hundreds of you responded and we know you also communicated your concern to parliamentarians declaring that freedom of information is fundamental to our democracy.

Convenors of the Parliamentary Friends group, Andrew Willkie, Rebekkah Sharkie and Mike Freelander spoke about the implications of that police raid and pledged to support journalists and whistle blowers.

Despite considerable public debate and court action in the last twelve months, Australians have not yet received any reassurance that the Federal Government is fully committed to media freedom and the public’s right to know.

ABC Friends have invited the Minister for Communications to give the Second Parliamentary Media Freedom Lecture later this year but to date there has been no commitment to take advantage of our offer. We understand that COVID 19 has disrupted such public events, but we would be happy to organise an alternative online format.

In the last twelve months we have also seen the demise of Associated Australia Press and many regional newspapers, as well as a disturbing trend in the prevalence of fake news. So, who can we rely on to guarantee that local, national and international news is readily available to all Australians?

Last week the Managing Director of the ABC David Anderson warned that in preparing the ABC Five Year Plan he and the Board are being constrained by government funding cuts that will force the retrenchment of staff, limit regional  services and local content. Is this how we maintain communication around Australia so that all citizens can keep up to date with the news that affects them and their families?

Please keep on keeping on in reminding your elected representatives that we need their unconditional support to enable the ABC to give us the news we need to know.

There is no other watchdog I would rather trust than the ABC!

The ABC needs Friends. If you value our ABC as an essential service, join ABC Friends and the campaign to Fund Our ABC and Defend Media Freedom.