Posted in Latest news from ABC Friends on 19 December 2019

Posted in Latest news from ABC Friends on 19 December 2019

ABC Friends' triannual magazine Update has been sent out to our members and appears online on our website. 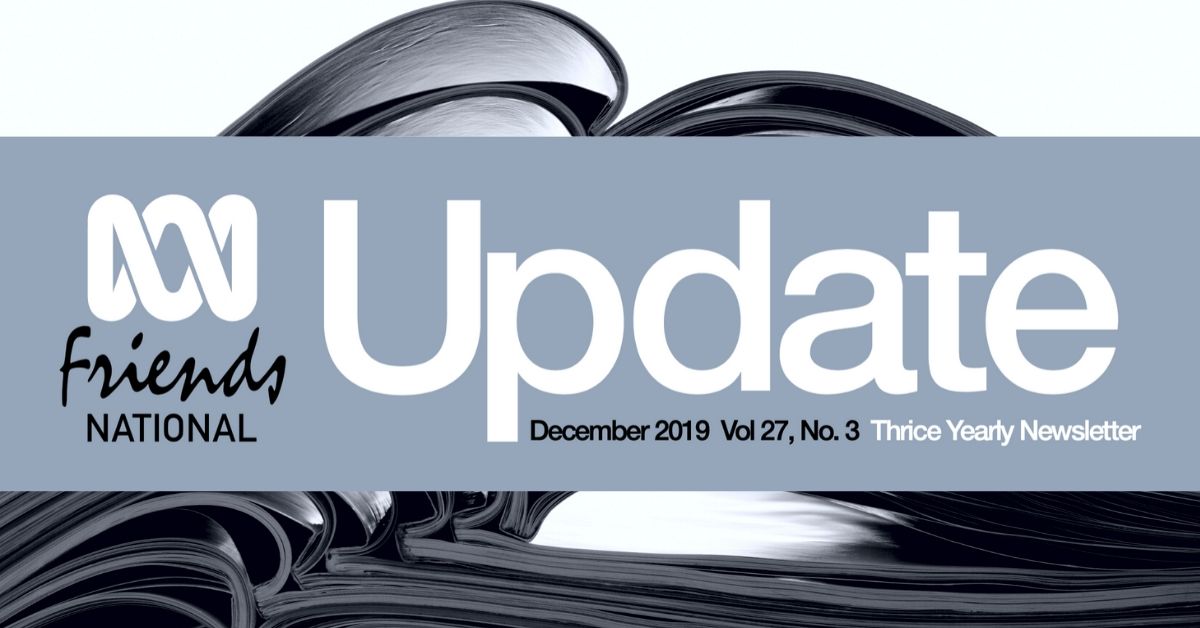 The magazine features articles detailing the work of the Friends over the past few months and explores some of the important issues facing our public broadcaster.

Some of the highlights include:

Friends’ National President Margaret Reynolds met with Mr. Paul Fletcher, Minister for Communications, in late November. She stressed that the ABC plays a vital role in keeping Australia safe. It provides regular information and advice to all corners of Australia on bushfire threats. She urged the Minister to recognise the all-round contribution of our national broadcaster and end the cuts to ABC funding.

Several articles in Update canvas the threats to media freedom posed by the AFP raids in June on the home of Australian journalist, Annika Smethurst, and on the ABC’s office at Ultimo. Peter FitzSimons’ laments that the government had ever passed laws which enabled the AFP raids to occur- “How did we allow such ludicrously draconian legislation to be passed in sunny Australia?”

UTS student, Georgia Toohey, completed an internship with ABC Friends. Her project explored the context for the AFP raids and implications. The AFP raids reflected a serious threat to media freedom and to Australian democracy. She concludes: “In a democracy, there is no substitute for a free press.”

A report by Dr Mark Hayes on the role of the ABC in exposing corruption in Queensland in the late 1980s provides an outstanding example of the vital role of the media, holding power to account.

Please consider joining ABC Friends and we will send you a copy either by mail, or electronically via email.

Update also comments on ABC Chair Ita Buttrose’s address to a Dinner in Sydney and  reflects on her strong advocacy of the ABC’s ‘soft power ‘ role in the Asia Pacific region. And there are reports from each state and Branches within states on their activities.