Posted in Latest news from ABC Friends on 31 March 2022

Posted in Latest news from ABC Friends on 31 March 2022

Here's to another wonderful edition of our Update magazine! 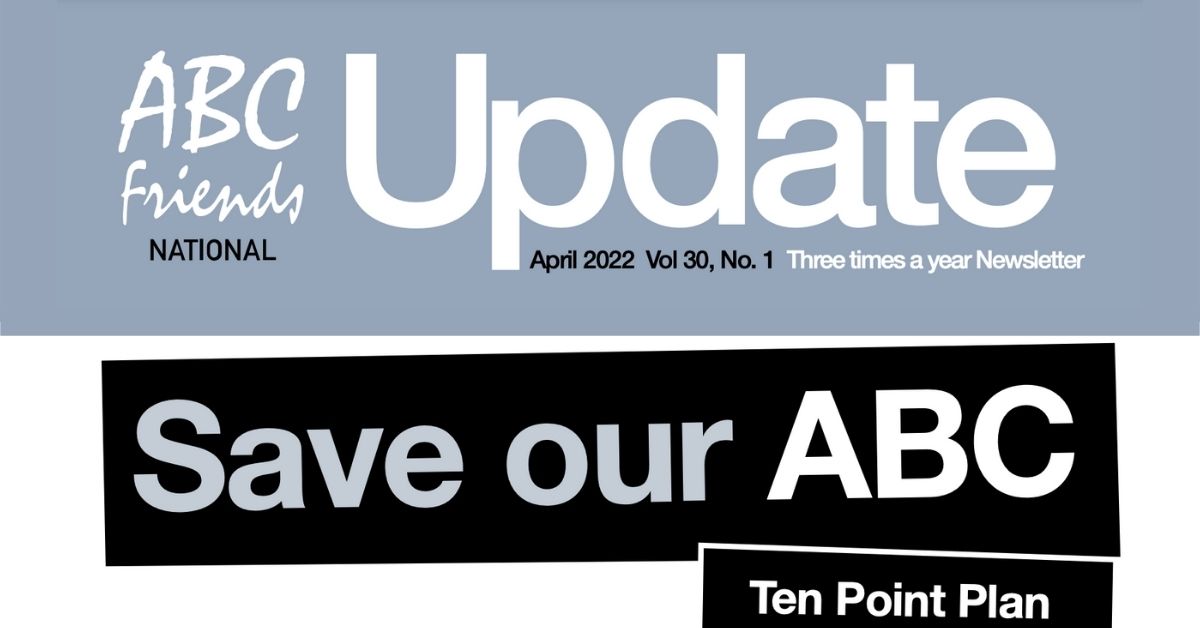 As we approach the Federal Election in May it is imperative that ABC Friends and supporters ask themselves who do they trust to support a sustainable and independent ABC.

Some parliamentarians are known supporters of the ABC but unfortunately there are a number who constantly undermine the independence of the public broadcaster. These Coalition members are ideologically opposed to independent public broadcasting and resent the ABC having a role in keeping government and other institutions fully accountable to the Australian people. They also support the Institute of Public Affairs ongoing efforts to privatise the ABC. Several even seem to believe that the government should control the ABC as just another government department.

Leader of the Opposition, Anthony Albanese, has committed the ALP to a five-year ABC funding cycle, which offers greater forward planning certainty and removes the ABC from preelection political jousting. ABC Friends wants the Federal Communications Minister, Paul Fletcher to match this pledge in the best interests of an independent ABC.

We are also waiting for the Morrison Government to disassociate itself from the Federal Liberal Party Council unanimous privatisation vote of June 2018 to guarantee that no Liberal Party government would adopt this policy.

In the pre-election campaign, all political parties will be asked to commit the next Federal Government to establish an independent Expert Working Group to advise government on the best ways to improve transmission services to guarantee access throughout Australia, especially for ABC emergency services.

Join us by pledging on our new election campaign website to use your vote to protect and restore our ABC. You can also read our ten point plan whilst you are there.

Thank you again for your support as we head into this busy election period, and enjoy Update magazine.